Education savings accounts would be created to help individual students, not school districts, with paying for private school, purchasing books and more. 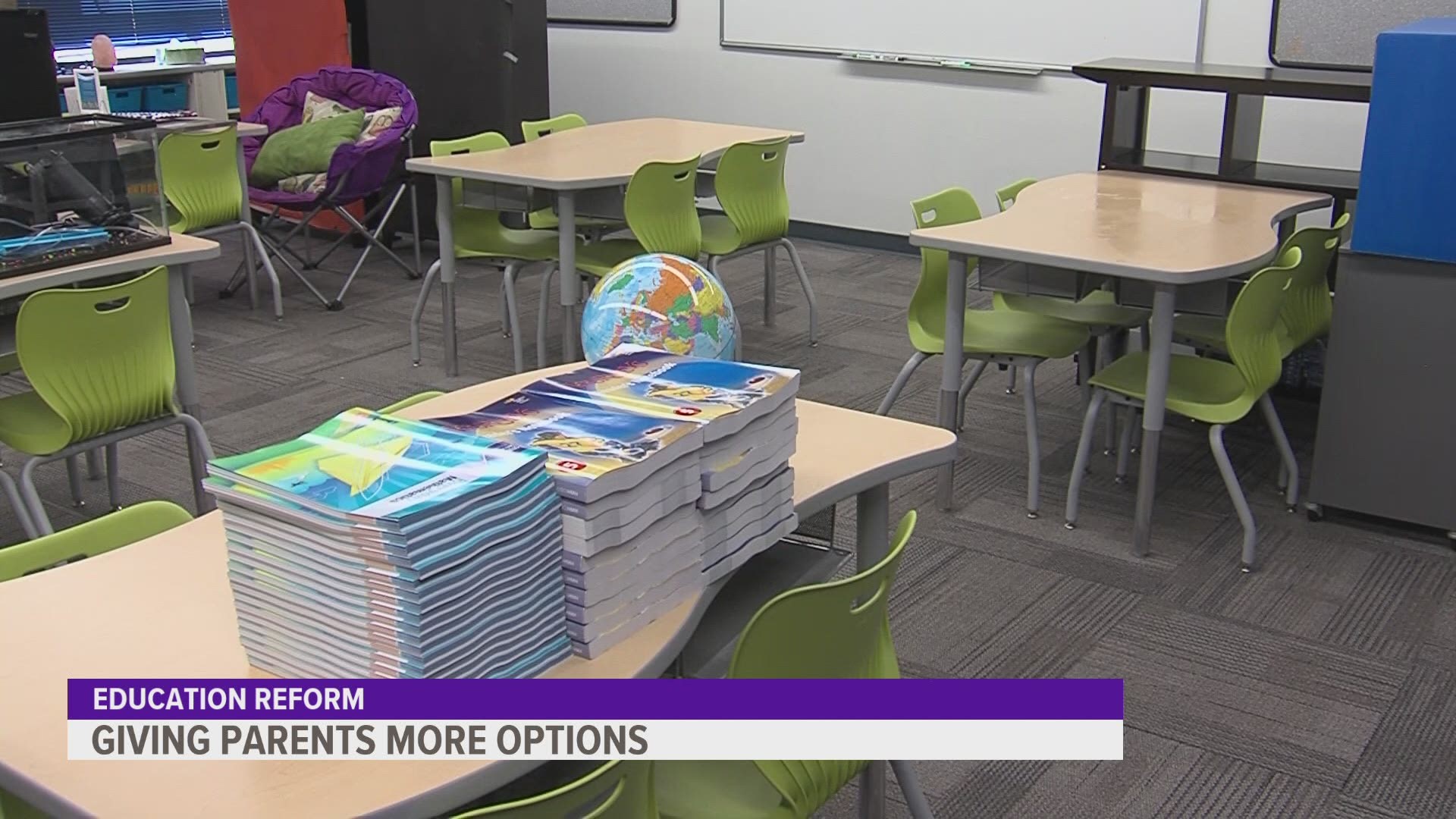 DES MOINES, Iowa — A bill that would give parents greater power on deciding where their child would attend school— while using Iowa taxpayer dollars —is taking shape in the Iowa Legislature.

A lengthy debate on Wednesday between Senate Education Committee members brought up several issues each side has with the legislature, which would create education saving accounts for about 10,000 Iowa students.

Parents would have to send in an application to the state to get the account.

Only a handful of schools would qualify for this program if it becomes law.

To be a qualified school, the building must be getting comprehensive support and improvement under the federal Every Student Succeeds Act.

Of the 1,289 total school buildings in Iowa, just 34 would be eligible as of now. According to the governor's office, that equates to about 10,000 students.

In short, Senate File 159 would attach state funding to a specific student, not necessarily the school district they live in.

"To vote against this is telling parents who are stuck in a failing school district, 'Sorry, you have no choice,'" said Sen. Brad Zaun, R-Urbandale.

"If we have a failing school, the focus should be on fixing the school so that the education of every child is lifted up," said Sen. Herman Quirmbach, D-Ames. "This bill goes in exactly the wrong direction."

"As a child in the state, you are entitled to a publicly funded education," Jordan Zakery with EdChoice said. "That's exactly what this system is."

Others said these saving accounts are just another name for school vouchers.

"Vouchers are nothing more than a way to drain public education dollars out of the state coffers and pour them directly into unaccountable private schools and charter schools," said Sen. Claire Celsi, D- West Des Moines.

"If you fund one private school, then you know, where does that stop? And so then do we, do we fund private colleges?" said Waterloo Superintendent Jane Lindaman. "It is such a slippery slope because it opens the door."

Senators voted the bill out of committee Wednesday, making it eligible for debate on the Senate floor.

However, it still has a way to go before becoming a law.

One Iowa raises concerns against SF159

That's according to research the group conducted on private schools in Iowa.

Out of 181 private schools, 176 policies were located and analyzed by One Iowa.

Of those policies, 75% indicated in some way that they would be willing to discriminate against LGBTQ students, according to One Iowa.

"If you just look at the folks who have specifically said they won't discriminate in the areas of sexual orientation or gender identity, that's only 15% of institutions," said Keenan Crow with One Iowa. "So there's another 10% there that we're giving leeway specifically because we can't determine what their policy is saying."

Crow said there should be stipulations if public dollars are sent to private institutions.

"And some of those specifications are that any child be allowed to attend regardless of their individual characteristics. There be some accountability and transparency built into those dollars," Crow said.

Crow acknowledged it could be tough for them to imagine Republicans adding these stipulations to the bill. They also view the bill as part of a larger attack on LGBTQ students.