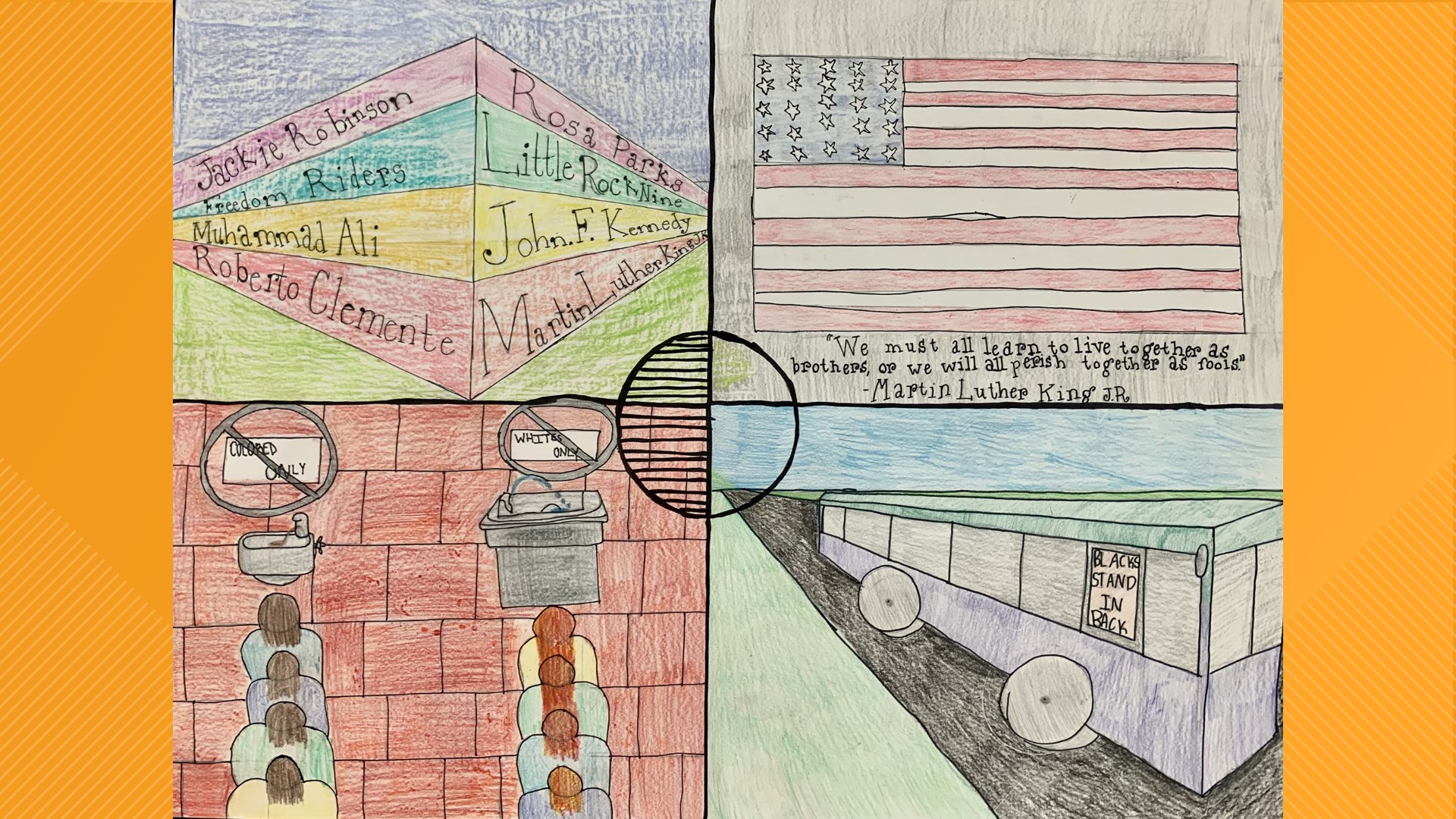 INDIANOLA, Iowa — Kids have a way of surprising us and sharing honest opinions about their interpretations of life events and history.

Nothing rings more true than when Local 5 got to sit down with a group of Indianola Middle School students this week as they shared the meaning behind their posters drawn for Black History Month.

"We decided to do water fountains because we wanted to show a little bit of history, about what our beliefs were at the time, and that we are saying it's wrong to have segregation like that," said Danielle Williams, one half of the team who won second place in the school poster contest.

She described her team's artwork, sharing why she chose the names of figures in the Civil Rights Movement.

"America is meant for freedom and we should all have the same rights," Williams said.

Turner said he hopes others who look at his poster realize "we're all in this together and we're not different from one another."

Seventh-graders Myls Elcock, Drake Orey and Colton Hageman sketched the Lincoln Monument "because we thought he did a lot for Black history," according to Orey.

"We also talked about the freedom of owning guns and how that's important for people," Orey added when describing why his teammates decided to draw guns and camo on the poster.

The Indianola Middle School student council voted on the criteria of originality, communication of the theme, and artist merit.