Opponents of the bill say it will shift tax dollars away from public schools to charter schools that have less oversight, accountability and transparency. 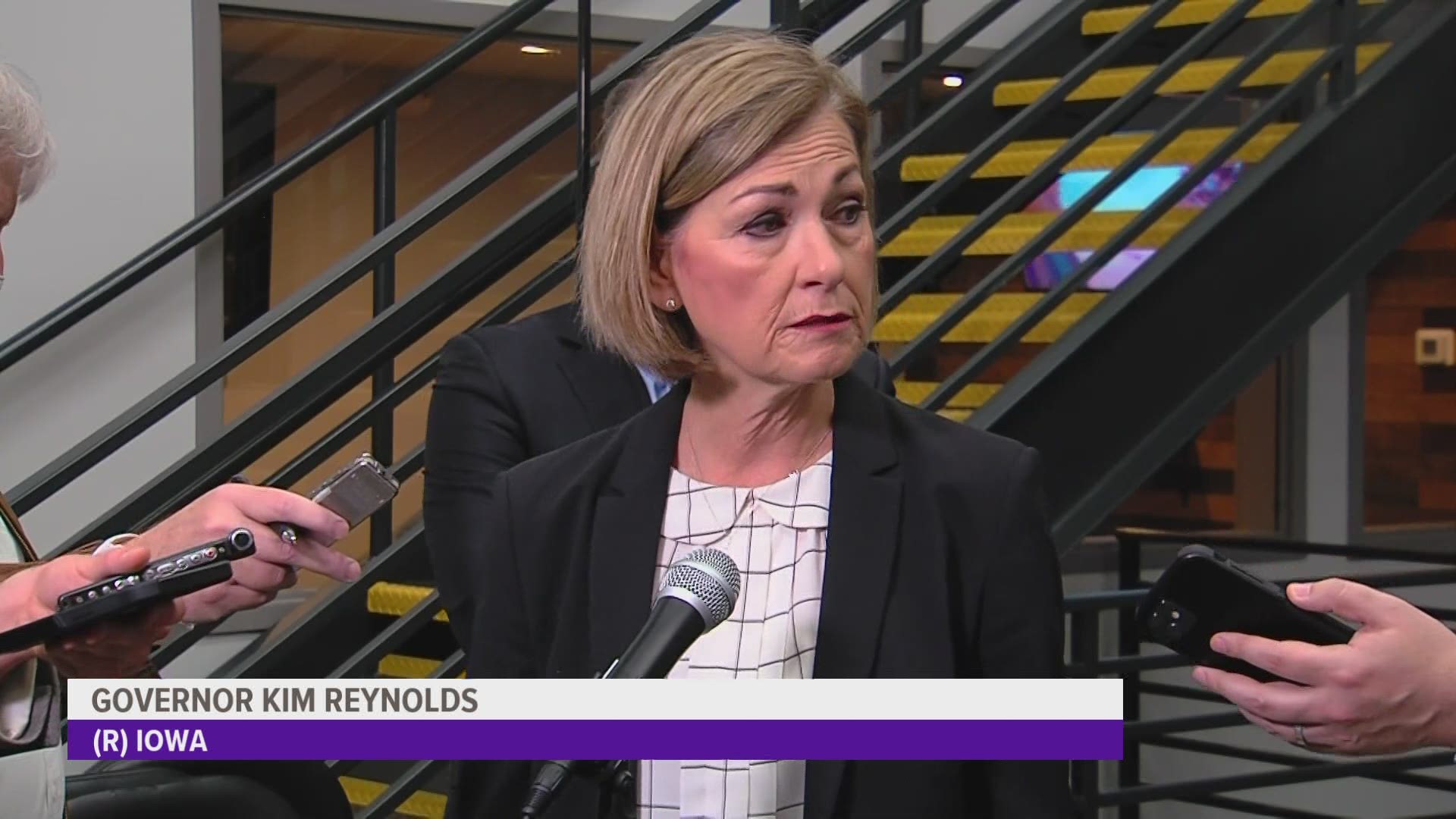 It will benefit kids from kindergarten through 12th grade and requires the state to pay the charter schools for students who were previously enrolled in public schools.

It allows a private founding group to apply to the Iowa State Board of Education to open a new charter school. If approved for a five-year contract, state taxpayer money would be given to the new school based on the number of students who enroll.

"It's investing in foundation priorities and all of that broadband, housing, daycare, mental health, mental health parity what a huge win! We saw how important that was during the COVID that's all part of this package as well as many other things," Reynolds said. "So I'm really proud of the bill we were able to get passed and just that on top of a lot of other things that we were able to do this year. It's a big year for Iowans. "

Reynolds said she called for the change after disagreeing with some public school districts during the coronavirus pandemic over whether children should be required to be in classrooms or wear masks as the virus continued to spread.

Reynolds said she heard from parents who wanted more choices than offered by traditional public schools.

Opponents of the bill say it will shift tax dollars away from public schools to charter schools that have less oversight, accountability and transparency.

"The new charter school law is an unfortunate experiment when we should be investing all of our education resources in the innovative and creative programs in our public schools. Additionally, we have grave concerns about the lack of oversight, transparency and accountability in the new law. Iowa families should accept nothing less than the high standards and scrutiny with which our public schools are measured. Our students and school employees are worth it."