Johnston Parents for Equity and Anti-Racism walk, discuss how to further inclusion within the district

Around a dozen parents met at Summit Middle School to discuss plans for expanding J-PEAR into the community. 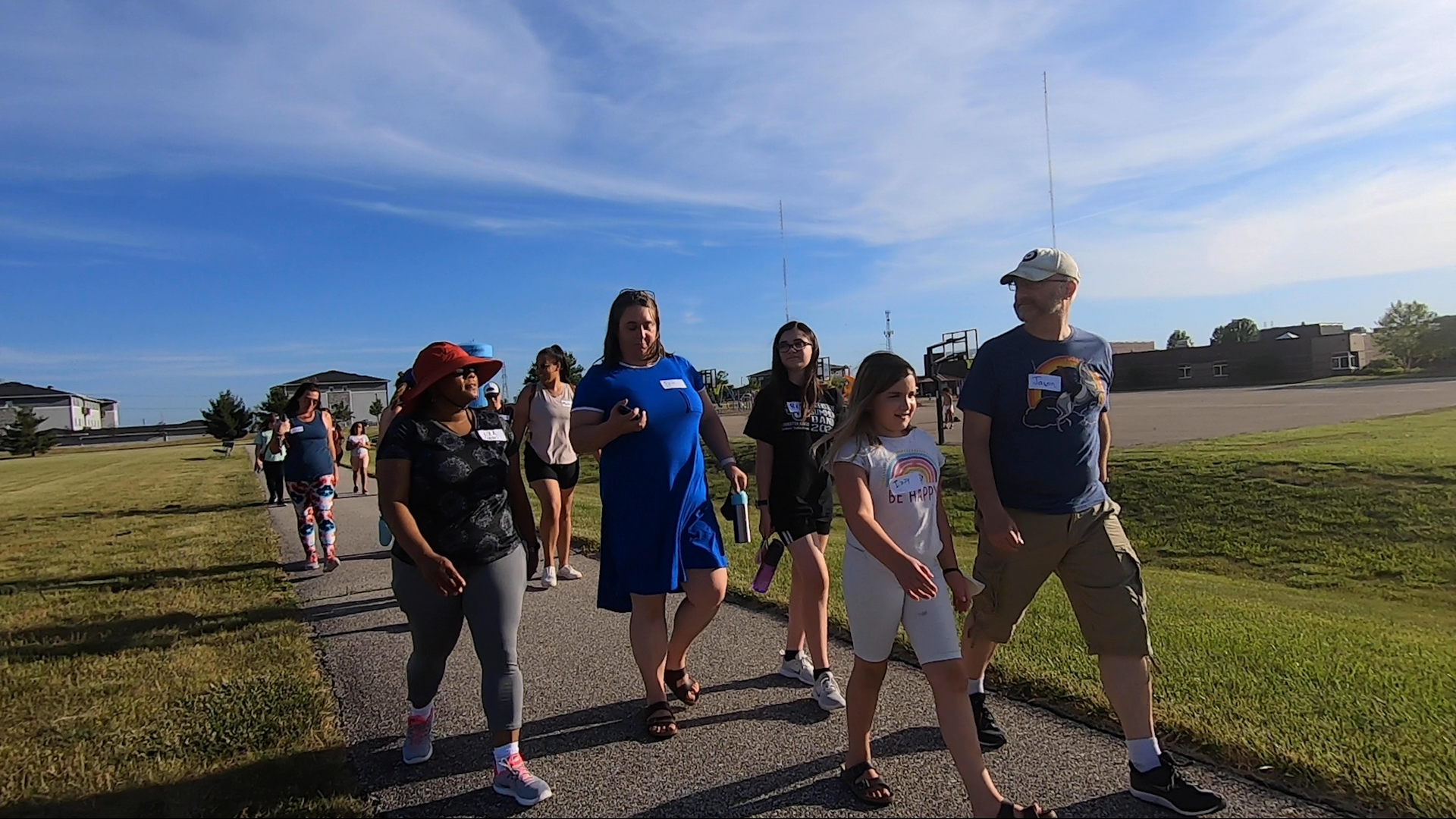 JOHNSTON, Iowa — Sunday, in the heat of the afternoon, more than a dozen parents walked along the track at Summit Middle School, unified in an agenda of anti-racism.

Their walk followed an open discussion about race relations within their community. Luana Nelson-Brown was among them.

"It makes me feel good that it’s not just a lone voice, but there are more people coming together," said Nelson-Brown.

Nelson-Brown has spent a lifetime advocating for equal rights and inclusion.  The mother of two is also the executive director of the Iowa Coalition for Collective Change, and she's one of the founding members of Johnston Parents for Equity & Anti-Racism, or J-PEAR.

Last summer, after George Floyd's murder, Johnston CSD reached out to her to come up with ideas for Johnston CSD to make a more focused commitment to anti-racism.

"[I was] asked to put together a proposal on anti-racism and really help the district get better in being more inclusive," said Nelson-Brown.

She then joined with two other parents with experience in activism, Bridget Cravens-Neely and Shalome Musigñac Jordán. The three held focus groups with students, parents, and faculty of color. The focus groups were aimed at identifying key areas where participants felt the district fell short in the areas of equity and inclusion.

After collecting and organizing data, they created a proposal, which they presented to the school board in September.

"It was aimed at systemic change," said Nelson-Brown. "It was very comprehensive and included much more than just a few trainings, which is what a lot of people try to do.

The proposal in its entirety wasn't approved because the district said it was too costly. Nelson-Brown declined to share the total cost associated with the proposal, but said "it was a sizeable amount for multiple years, but when you break it down yearly, not too bad."

However, the district implemented a few ideas Nelson-Brown and her collaborators came up with, like the establishment of a director of equity, inclusion, and belonging.

"The hiring of Louis Fountain...was one of the things that we actually suggested."

Nelson-Brown soon realized that many of the families in the initial focus groups desired a safe space where they could continue discussion issues of racism and inclusion within Johnston. That's how J-PEAR was born.

Now, she says their efforts are focused on looking ahead to upcoming city council and school board elections. Recently, they held a candidate forum for city council candidates.

"Without buy-in from the top, then you can't affect anything below that," she said. "So we're trying to get buy-in from every single level in the district."