Sixth grade teacher Mariah Sergio said after showing her students the documentary 'Paper Clips' two years ago, they wanted to do something similar. 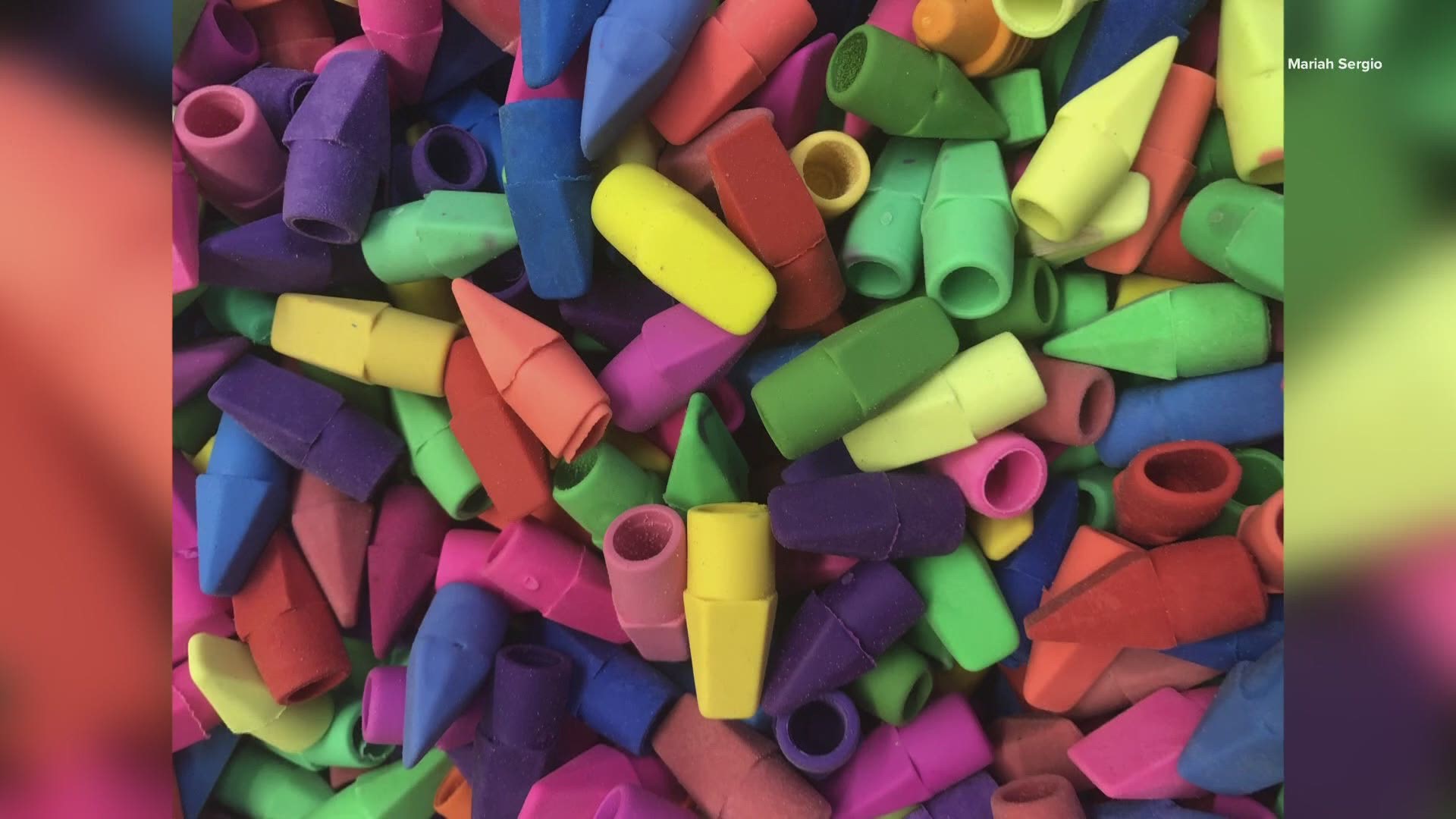 JAY, Maine — Pencil erasers inside a display case at Spruce Mountain Middle School in Jay are more than just erasers. They represent Jewish lives lost during the Holocaust.

“Kids walk by and see how many erasers are in there. It really shows the enormity of what happened,” sixth grade teacher Mariah Sergio said.

Sergio said after showing her students the documentary "Paper Clips" two years ago, her students wanted to do something similar.

“They came back with me a half hour later and said ‘can we collect eraser tops? And I said ‘ok what is the significance of the eraser tops?’ And they said they wanted to erase the hatred that Hitler caused,” said Sergio.

Over the past two years, students like sixth grader Hannah Dube have collected more than 127,000 erasers. Many were donated to the school.

“It’s important to me because I feel like it’s a good way for people to know about things that you might not necessarily know about. I know they teach a lot about the Holocaust at school, but it’s good to like add on to that,” Dube said.

Right now, students at the middle school are learning about the Holocaust.

A Maine middle school is collecting pencil erasers to represent every Jewish life lost during the Holocaust. More at 11. @newscentermaine pic.twitter.com/HWJS0k8xhm

Their goal is to collect six million erasers to represent the six million Jewish people murdered during World War II.

“This generation, they are really empathetic. They are fighting for everyone’s rights and for diversity to be something that we talk about rather than where we shy away from it because it might be uncomfortable,” Sergio explained.

“It’s good to see everyone is contributing to it. It makes me really happy,” Dube said.

Both Sergio and Dube said they have a long way to go to reach their goal, but they're sticking with it to honor the souls.

If you would like to donate erasers, you can send them to Spruce Mountain Middle School in Jay and write: Attention Eraser Project.