The Ames School Board said the current metrics in place for Return to Learn plans violates the law, and worries they won't allow them to keep the community safe. 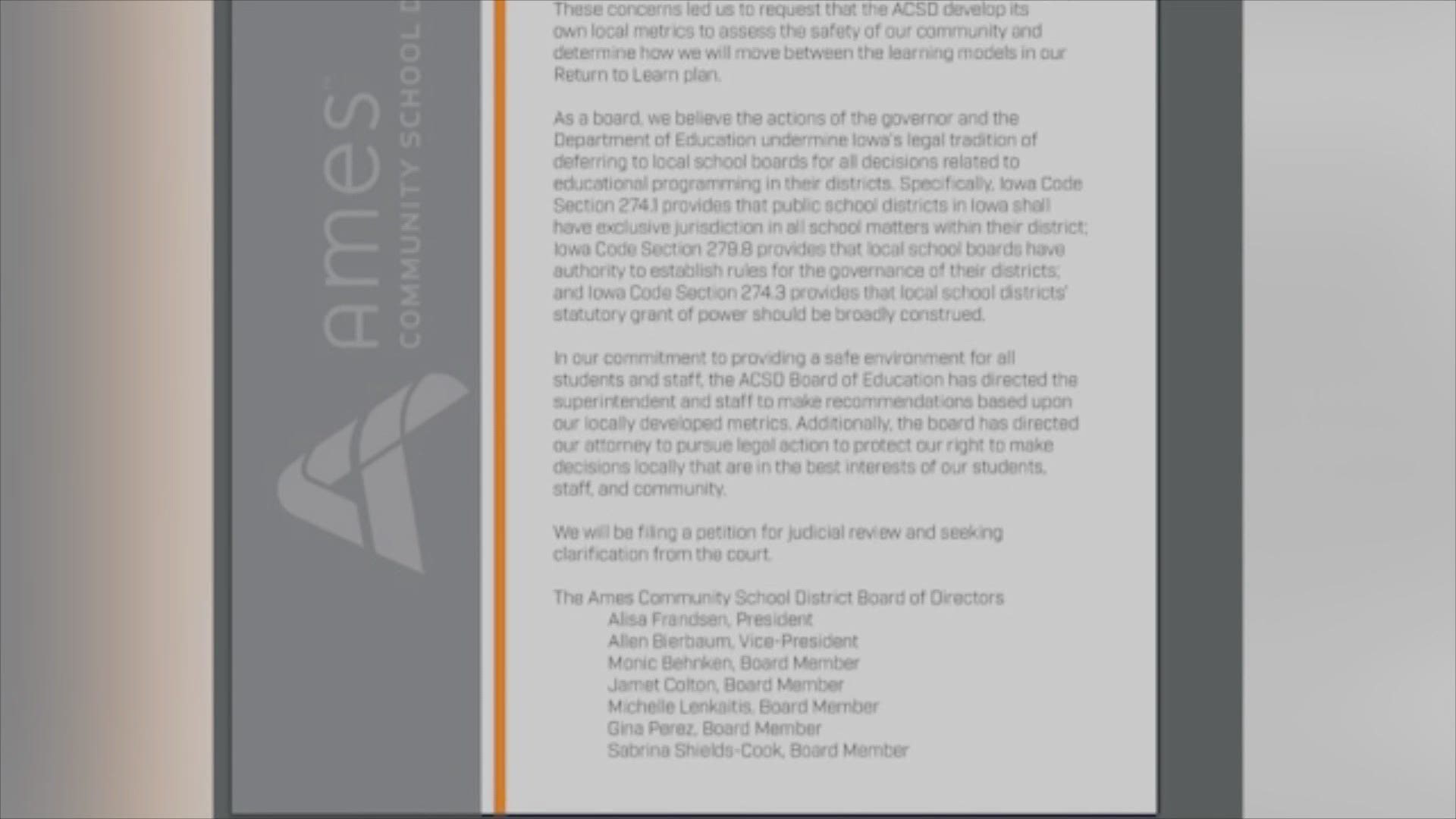 AMES, Iowa — Another school district is suing the state over the denial of a Return to Learn waiver request.

Tuesday, the school board for the Ames Community School District announced they would be filing for judicial review, and seeking clarification from the court as to why their plan was denied.

"The board has directed our attorney to pursue legal action to protect our right to make decisions locally that are in the best interests of our students, staff, and community," the Ames CSD Board of Directors said in a statement

Ames' initial plan was to bring students back to school in what is referred to as a "phased hybrid model," which would send different groups of kids back to the building gradually over the course of the first month of school.

That plan was approved after nearly five hours of deliberation back on Aug. 3, which was nearly two-and-a-half weeks after after Gov. Reynolds issued a proclamation ordering schools to prioritize in-person learning.

Under this model, they will start school with 25% of the student body actually going to school on any given day, which is half of the states' requirements.  Each child would only go to school one day per week.

The district argues that as a university city, the addition of nearly 30,000 students back to Iowa State for the fall makes it significantly harder for them to keep the community safe under the state's current metrics.

The district also presented a legal argument, citing Iowa Code Section 274.1, which says public schools in Iowa have exclusive jurisdiction in all school matters within their district, unless changed by law.

They also cite Iowa Code Section 274.3, which grants all decision-making power within school districts to the districts' board of directors.

"As a board, we believe the actions of the governor and the Department of Education undermine Iowa’s legal tradition of deferring to local school boards for all decisions related to educational programming in their districts," the board said.

The Ames school board says they have directed their superintendent and staff to operate under the metrics they developed, regardless of what the state says.

As of now, school for kids in the Ames School District will start on Sept. 8.

See the district's full statement below: