"Right now, we don't have enough data to show us how infectious a child can be," said Dr. Megan Srinivas. 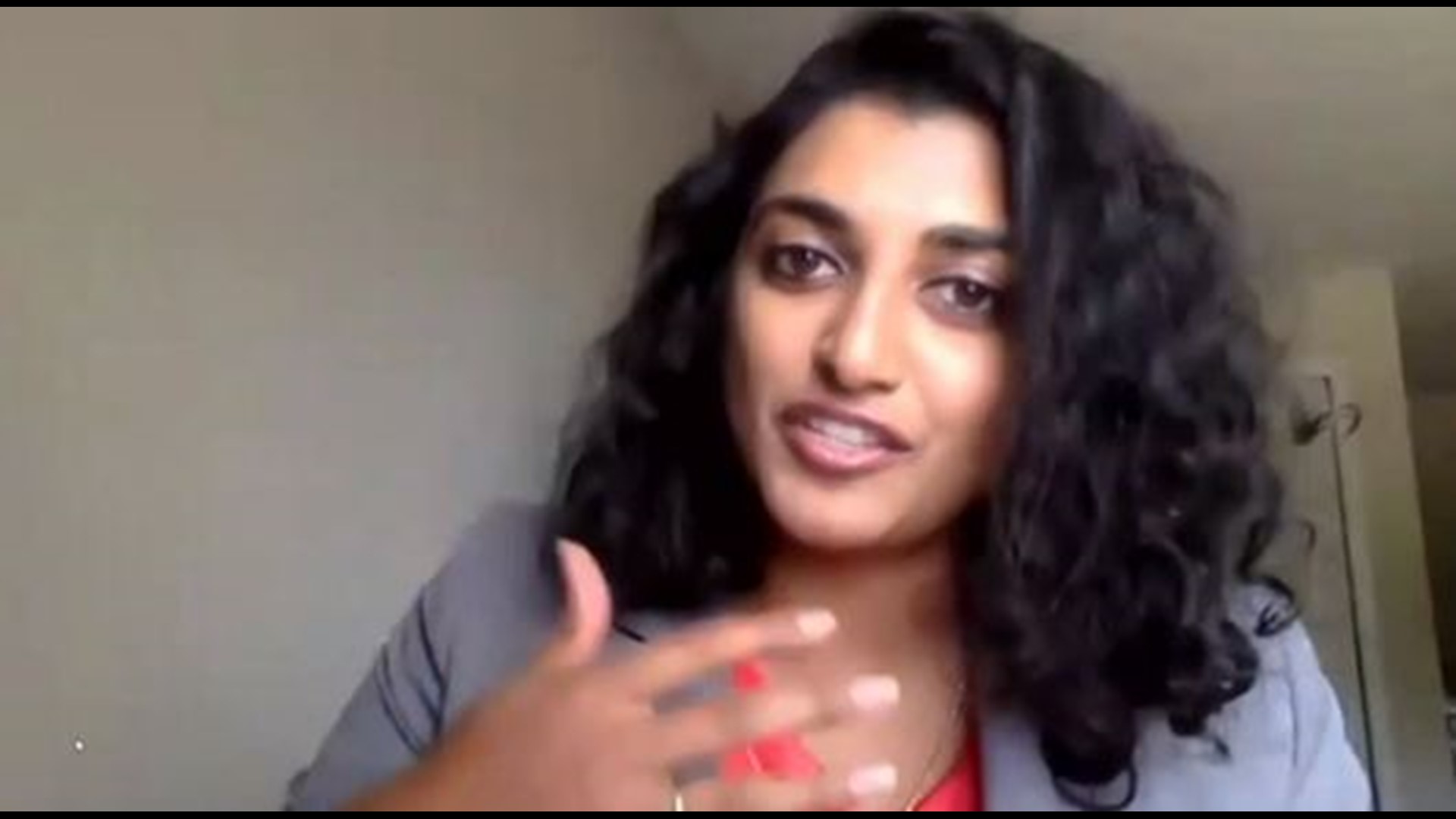 Parents, teachers, administrators and kids across Iowa are all processing new "Return to Learn" school guidance from the state.

Dr. Megan Srinivas, an infectious disease doctor who practices in Fort Dodge, spoke with Local 5 about the latest developments.

Local 5: [We're] interested in your reaction to the state saying that there has to be a local positivity rate of at least 15% to move the kids to hybrid or virtual learning.

As far as [we] know, a higher rate than just about anywhere that we are seeing right now in Iowa. Is that, in your opinion, too high of a number to have to hit before we keep the kids home?

Dr. Srinivas: I'm very concerned by that number. We already are at a penetrance of 15%. That's essentially ... COVID is like a wildfire That's essentially already having the match lit, it's already blazing into the trees. At that point, getting control of this fire, in this case, an infection is going to be so difficult.

So that is far too high of a threshold. If you look at the CDC, they recommend a far lower threshold of at least 10% or less. WHO actually has looked at other countries and said that the only way you can truly have hope of having sustained schools reopening is if we have a threshold of 5% or less. And even that's not a guarantee.

Local 5 News: Both of those health health organizations recommend lower numbers. If we're in there hanging at 13 or 14% and the kids are still for the most part in the school buildings, what do you think could happen?

Dr. Srinivas: It's a very dangerous breeding ground. Right now, we don't have enough data to show us how infectious a child can be.

The data that came out of Florida that showed that about one-third of children tests were actually positive for infection even if they didn't have symptoms is concerning, because it shows that they could potentially be carrying this virus and spreading it around the community. Spreading it to their caretakers, spreading it to their parents or siblings without us knowing. So having everybody stew in this environment where we have such a high positivity rate continuing to gather together, and breeding this virus is only going to worsen that community prevalence.

Dr. Srinivas: That's a very premature statement to make. The data that we have out there is very limited. And as we're getting more data like the one that I mentioned from Florida, we're starting to think that they actually might spread the virus a lot more than we had originally anticipated.

And on top of that, when you get to a certain age with children, when we're looking at 12 ... 13, essentially teenagers and above, we're looking at children that have the exact same physiology as adults. So we can no longer say that they don't spread the virus like adults. We anticipate they do.

Dr. Srinivas: I think it's really hard to give one prescribed methodology to the entire state. Especially when they want us to look at local indicators for community prevalence as a way to determine what's safe to do.

Local 5: Positivity rate for the lay person can be kind of a difficult thing. We know that it's the number of tests that turn out positive compared to the total number that are taken, but it can be a little bit of a hard number to kind of wrap their their head around.

And other health experts are saying ... let's look at hospitalizations. Is positivity the best number to be measuring these actions on, in your opinion?

Dr. Srinivas: No, because of how we're drawing the positivity rate. It's exactly like you said. The hospitalizations, the deaths, those are all going to be important indicators right now. And having that positivity rate being the sole indicator is not a good threshold. Because we're using these tests in a variety of ways.

Then we're also looking at households. Because we have limited access to tests and certain locations, where if one person in the household is positive, we don't necessarily test everybody else in the household. We tell them all the quarantine.

So that's all going to skew the positivity rate in a way that's not actually going to be reflective of what's going on in our communities. And even if we look at Dubuque for instance, where now they've been limited to 100 tests per day, and only during certain hours, that's once again going to skew the positivity rate to make it look lower than it truly is if not everybody's getting tested that needs one.

So having all these limitations in place, and the way that we're actually applying tests throughout the state, is creating a very incomprehensible positivity rate that doesn't truly reflect the picture of everything that's going on.

RELATED: 'Back to school doesn't mean back to normal': State releases additional guidance for Return to Learn plans