Rolling Green Elementary School is the first school in the state to begin classes for the fall 2020 semester. 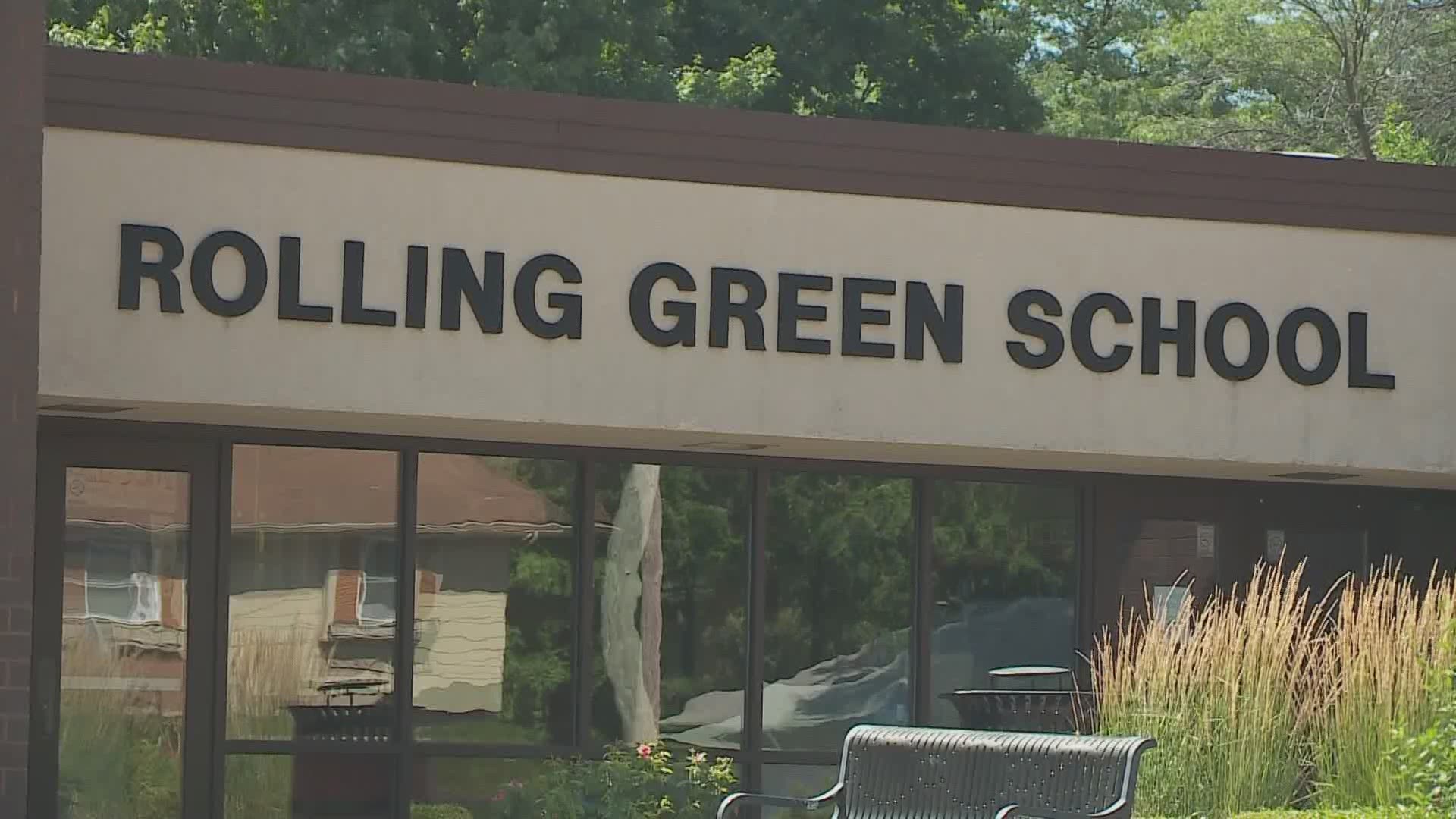 URBANDALE, Iowa — After waiting several days to hear back from the state of Iowa about a waiver to begin classes online, leaders at Rolling Green Elementary told parents on Tuesday that the first day of school, July 23, would not feature in-person learning.

"We’ve received confirmation from the Iowa Department of Education (DE) that they have provided permission for our Rolling Green school year to begin this Thursday, July 23 in the Required Continuous Learning (all online) instructional model as previously planned. Permission to provide instruction all online has been granted from July 23 - August 6, 2020," wrote interim Principal Dania Wilson.

Gov. Kim Reynolds issued a proclamation less than a week before Rolling Green was set to start. In it, she required any district that wanted to do virtual learning to obtain a waiver from the state. Reynolds said in a press conference last Friday that Iowa school districts must prioritize in-person learning.

"I know that it's going to require some changes to how things are done in the classroom, but given the importance of education to our children and the people of Iowa, we owe it to them to just roll up our sleeves and get our schools back up and running safely and effectively," said Reynolds.

Her proclamation threw many school districts a curve ball, as they were all required to submit Return to Learn plans to the state Department of Education on July 1. Some of those plans, including Rolling Green's, stated that in-person learning was not recommended to be a safe way to welcome back students because of the rise in coronavirus cases in the community. Others advocated for hybrid learning models.

"Given that various public health metrics indicate that our community is experiencing substantial community spread of COVID-19, we are planning to follow the guidance and recommendations provided by the Polk County Health Department which is to begin our school year on July 23 in the Required Continuous Learning Instructional Model (online)," said Rolling Green Elementary school leaders in an email sent to parents and teachers hours after Reynolds issued her proclamation.

By Monday, Rolling Green leaders were still waiting to hear back from the state on whether or not their waiver to begin online instruction was approved. Finally on Tuesday, two days before the first day of school, parents, teachers, and students were given the go-ahead to begin the year online.

Michael Vaughn is a parent of an incoming kindergartner. He told Local 5 it's been a frustrating few days navigating the changes.

"It was a lot of whiplash and frustration, definitely," said Vaughn. "The school had spent hours and the time coming up with a plan, and then Governor Reynolds just threw it out the window so they had to scramble. I don't blame the school. They were put in a tough position and they're trying to do the best with what they've got. But when the governor says do the exact opposite, they had to come up with something quick."

You can read the full letter sent to Rolling Green parents below.

RELATED: Hy-Vee says it's 'very difficult' to enforce a mask policy for retailers