Across Iowa, public school enrollment dropped by 5,935 kids this past fall. Kindergarten saw the biggest drop. 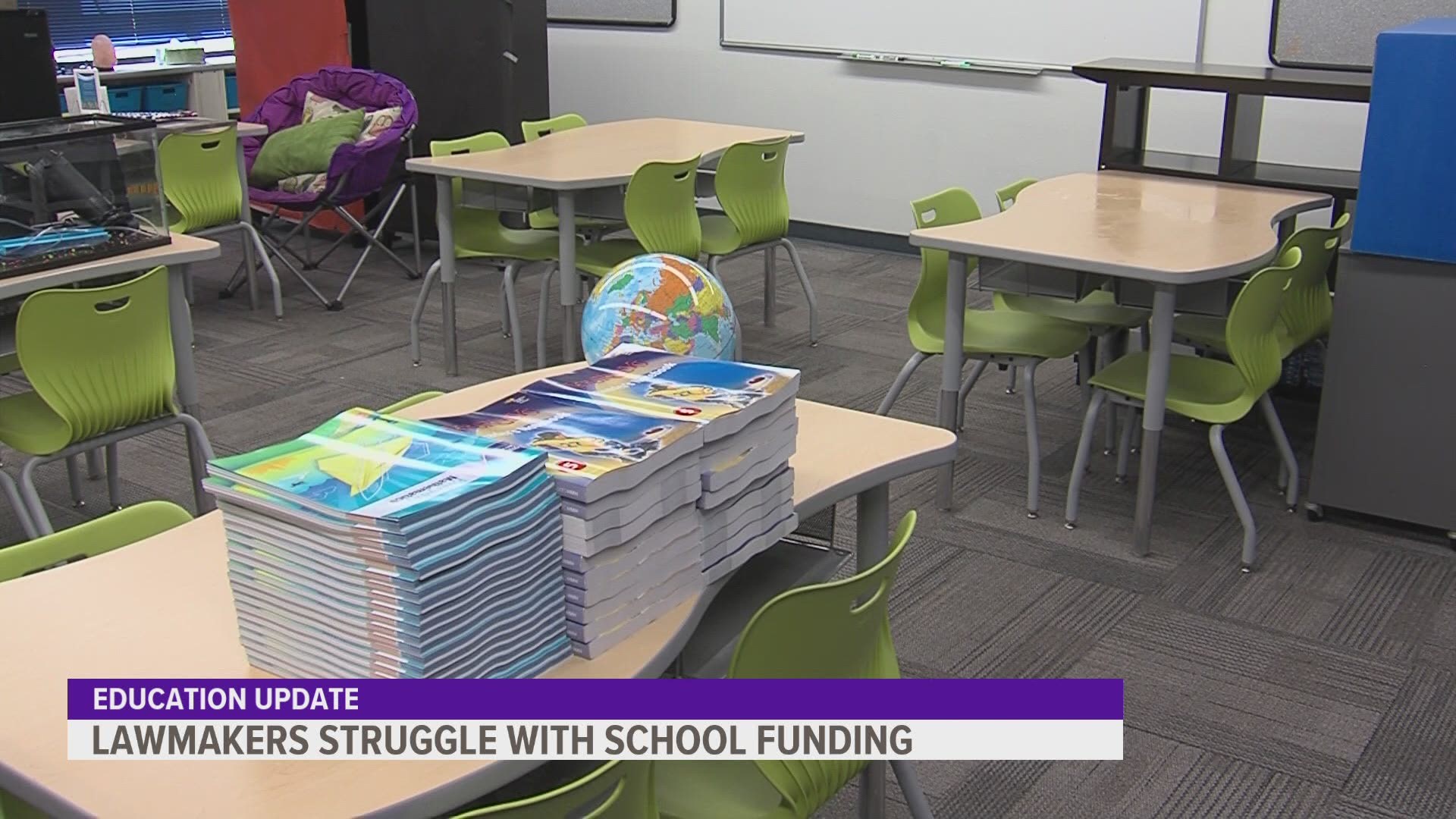 IOWA, USA — Next year's kindergarten classes are expected to be much larger than normal because some parents decided to hold off sending their kids to school until the COVID-19 pandemic is over.

5-year-old Ellie was planning to attend public school in the Des Moines metro, but the district's Return to Learn plan didn't work out with her mom's schedule.

After several COVID exposures, she is now facing another tough decision: Does she move Ellie up to first grade next year or have her repeat kindergarten?

"She's missed probably half of her instruction anyway," Reedholm said. "And now we're at the point with this year, we're not quite sure what we're gonna do in the fall."

If Ellie repeats kindergarten, Reedholm would need to decide what to do with her 4-year-old son Wyatt, who is just 13 months younger.

"If we have our daughter repeat kindergarten, and that will put them both in the same grade. And we don't want that."

Their situation isn't unique. Across Iowa, public school enrollment dropped by 5,935 kids this past fall. Kindergarten saw the biggest drop.

That stark of a decline will create staffing problems down the road.

"If you think of a python swallowing a pig, and when the python first swallows the pig, it's really this big and budget problems are like that. And hopefully as they digest it gets smaller and smaller," said Margaret Buckton with Iowa School Finance Information Services. "In this case, it doesn't. That kindergarten class is going to be big all the way through."

That leaves districts with a need for teachers when the class years following that year will have regular enrollment levels, adding another item to the list of issues parents are dealing with during the pandemic.

"I's definitely creating a ripple effect and I never saw it coming," Reedholm said. "I mean, I never even thought of it until last summer and I was in a panic."

Lawmakers anticipate school budgeting will be more difficult than normal this year since many districts have lower enrollment levels because of the pandemic.