Eiven Grandgeorge has been in the hospital since he was born. One woman heard his family's story and took action—even though she didn't know them. 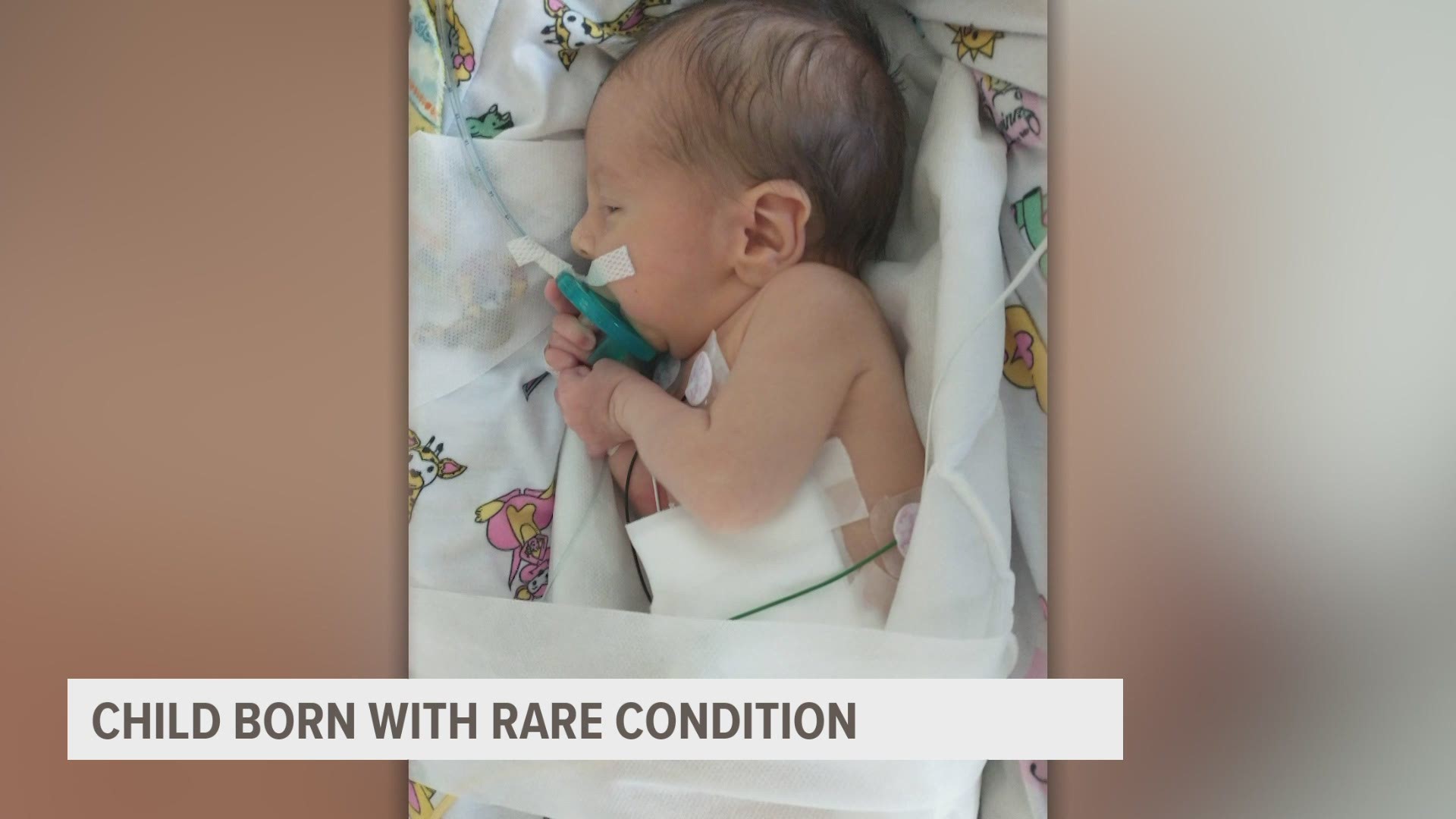 DES MOINES, Iowa — Eivin Grandgeorge was born in April, but he hasn't left the hospital yet.

Eivin's mom, Leighia McKenzie, said he was diagnosed with a rare condition called Esophageal Atresia, also known as EA. This means his esophagus isn't connected to his stomach.

Eivin has another health issue that sometimes leaves him unable to breathe.

"He also has what's called tracheomalacia, where his airway collapses in times of stress or whenever it feels like it," McKenzie said.

Eivin was first at MercyOne Des Moines Medical Center, and he's now getting treatment at the University of Iowa's Stead Family Children's Hospital.

McKenzie said both hospitals have been able to help, but she wants to take Eivin somewhere more specialized. She fought hard to get him into the Esophageal and Airway Treatment Center at Boston Children's Hospital.

"They use what's called the Foker method which is a tension system they can do internal or external tension systems, to slowly stretch the esophagus to where they need it to be," McKenzie said.

However, doctors said Eiven is too small to travel. When he is big enough to go to Boston for surgery, recovery could take six to 12 weeks.

McKenzie plans to be there every step of the way, even though spending all her time at the hospital means she's unable to work.

"It's very stressful… It seriously makes me cry because sometimes I feel like I don't do enough," McKenzie said.

Sara Deppe didn't know McKenzie personally, but when she heard what the family was going through she wanted to help.

"We're raising money to offset costs for whatever [they] need," Deppe said. "Whether that's medical bills or transportation, it's just nice to know someone's got your back."

Deppe said she plans to keep Mckenzie in the dark about how much money she's raised until she hands it over.

McKenzie said knowing people are willing to help her is touching.

"It's amazing to see not only people I do know, but people I don't know come and help me with this," McKenzie said.

If you want to donate to the fundraiser, you can do so here. There is also a Facebook page dedicated to baby Eiven's journey.

RELATED: Their 12-year-old has childhood 'Alzheimer's.' $3 million is their only hope for saving him.

Watch: College friends' journey through Nebraska leads them to see more of Iowa