Tom Moore celebrated his 100th birthday on Thursday, having raised some 30 million pounds for the UK National Health Service. 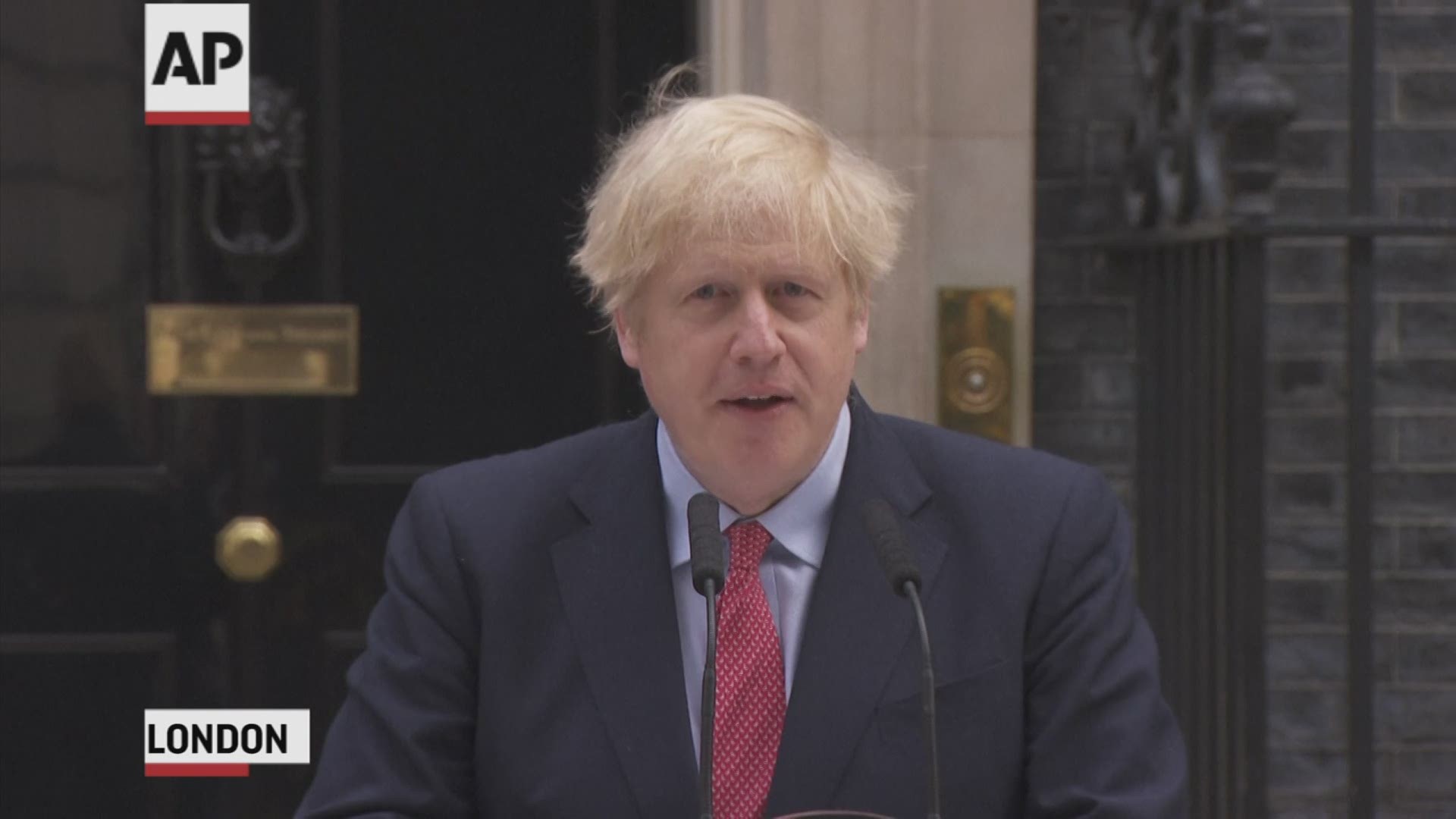 LONDON, England — A British army veteran shuffled the length of his garden 100 times — and walked away with the hearts of a nation.

Capt. Tom Moore celebrated his 100th birthday on Thursday, having raised some 30 million pounds ($37 million) for the National Health Service after completing a challenge to mark the milestone, one garden lap at a time. His sunny attitude in a dark moment brought smiles to a country locked down amid the COVID-19 pandemic.

"My legs may be tired, but my mind is racing and I'm hoping to be back very soon with other ways in which I can help people, help others,'' he said. "Please always remember, 'Tomorrow Will Be A Good Day.'"

Moore's family used social media to seek donations to support health care workers as a way to thank the doctors and nurses who took care of him when he broke his hip. But as he walked, the public watched and just kept donating.

Moore, who uses a walker while putting in his paces, completed 100 laps of his 25-meter garden earlier this month.

Prime Minister Boris Johnson described him as a "point of light.''

"You have touched our hearts, lifted our spirits and enabled millions to show their support for the wonderful men and women of our unique NHS,'' Johnson said. "Because of their extraordinary courage and dedication our country will get through this difficult time and, in doing so, fulfil your optimism that tomorrow will indeed be a better day."

As his birthday arrived, Capt. Moore celebrated his appointment as the first Honorary Colonel of the Army Foundation College, Harrogate, Queen Elizabeth II sent a card.

And in the sky, the Royal Air Force organized World War II-inspired flypasts featuring a Spitfire and a Hurricane — which he observed while sheltering under a red plaid blanket in the garden. He waved as they thundered past.

"I'm one of the few people here who've seen Hurricanes and Spitfires flying past in anger,'' he told the BBC. "Fortunately today they're all flying peacefully."

Moore, who had planned to raise a far humbler sum of 1,000 pounds, thanked the public for their generosity — and said that they had done a wonderful thing for him.

"I felt a little frustrated and disappointed after I broke my hip and it knocked my confidence,'' he said. "However, the past three weeks have put a spring back in my step. I have renewed purpose and have thoroughly enjoyed every second of this exciting adventure, but I can't keep walking forever."