The weekly short film contest has gathered submissions that have gone viral during the pandemic. 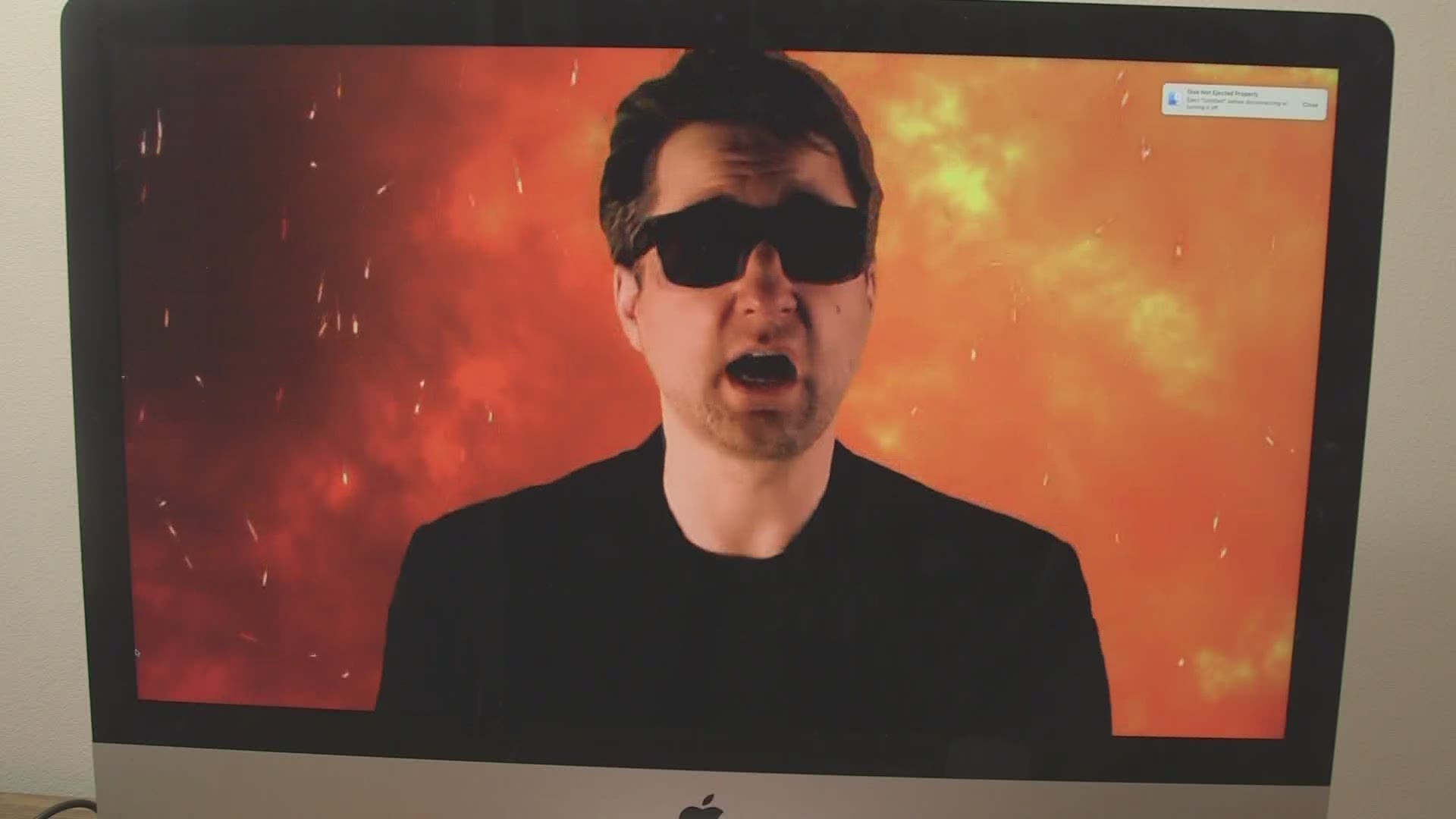 For Iowa actor Dylan Jaeger, a major downside to this pandemic is being restricted from making movies.

"Not being able to go out and film, it’s heartbreaking," Jaegar said.

Now instead of filmmaking, he’s on the front lines as a healthcare worker at a rehab center in eastern Iowa.

"My day job’s my main priority right now and of course my family," Jaegar said.

But he wanted to keep his film family connected during quarantine and came up with a competition.

The result? A weekly, virtual film festival coming to life from your living rooms.

The challenge has just a few rules.

It must be filmed entirely in your home with just the people who you're safely quarantining with in your household.

If you want to collaborate with others, they must each be submitting videos to edit together, while quarantined in their own homes.

Also, the whole thing must be filmed on your phone, a limitation that Jaeger says puts everyone on a level playing field.

The film Ricky Funko used multiple actors who were each isolating from separate homes.

Then there was the one that lit the whole contest on fire, by Iowa filmmaker Rob Merritt.

Complete with Clorox wipes and face masks, Rob Merritt and his wife Megan submitted a parody of Billy Joel’s "We Didn't Start the Fire." Instead, it was called "This Year is a Dumpster Fire," referring to the way that 2020's been shaping up.

"Trying to find humor because all of those things help people to get through," said Merritt.

With a simple set-up, Merritt tacked a green screen to his bookcase to place him and his cat in flames.

"I was just trying to make people laugh and I was trying to submit something to the film contest," Rob said.

Of course, it was a contest win for the week.

Seeing so many tap into creativity during this storm is what Jaegar said he knew Iowans were capable of doing.

"Hang onto your dreams and don’t let this pandemic that we’re going through kill any dreams because like I said you can find creative ways to still be creative, you just have to use your imagination," Jaegar said.

If you want to join the competition they can submit a video to jaeger.s.dylan@gmail.com

Rules: Must be shot entirely on your cell phone and it must be done in isolation (only cast/crew must be members of your household), unless you collaborate with others remotely.