Local 5 is sharing the stories of lives lost due to COVID-19 as part of our week-long look back at the coronavirus hitting Iowa, one year later. 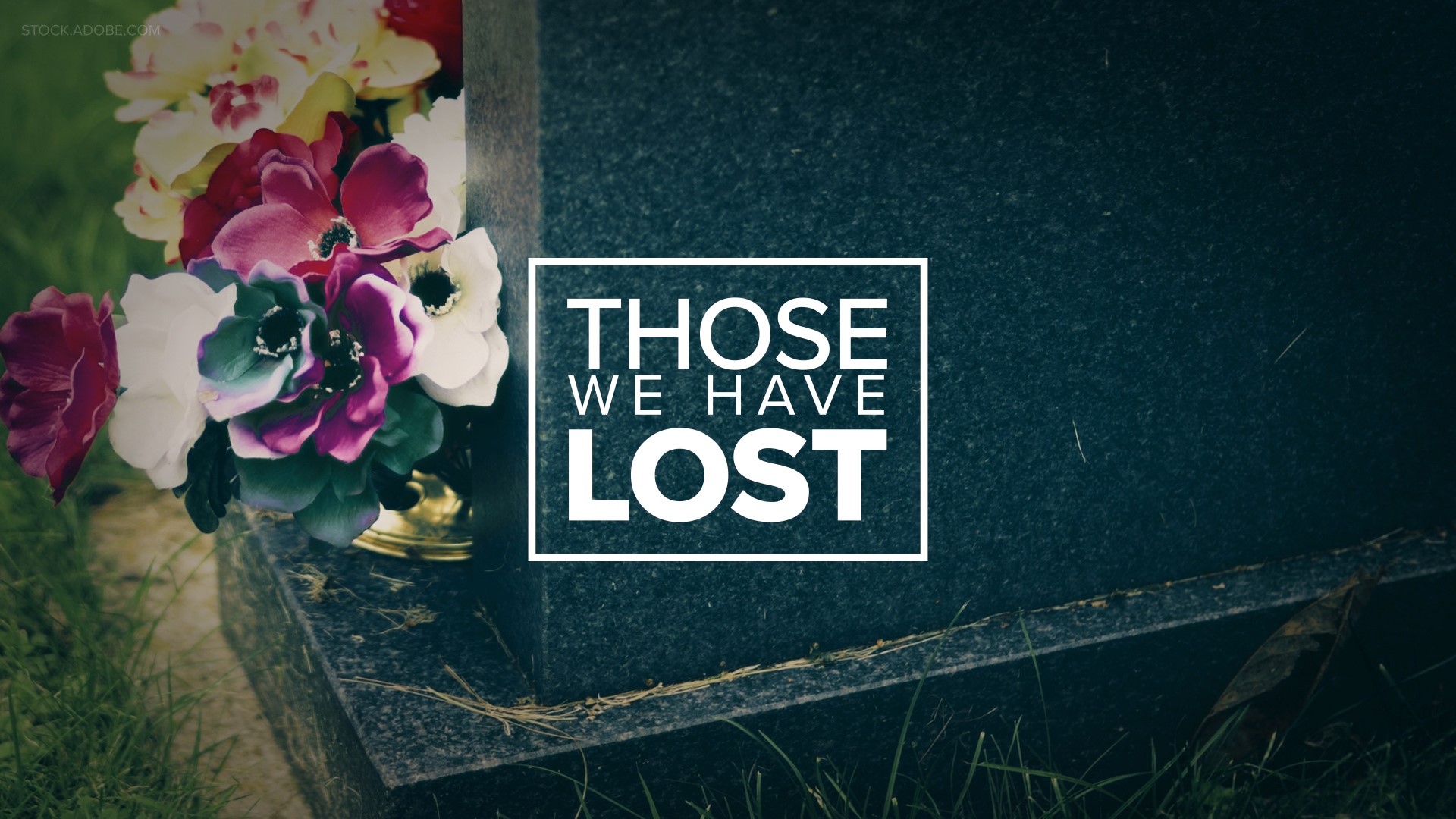 Every single one of those people has left an impact, and has a story.

Behind each person lost is a family who has dealt with unthinkable pain.

Local 5 is sharing those stories as part of our week-long look back at the coronavirus hitting Iowa, one year later.

'I'm never gonna get to talk to my mom ever again'

"Whenever she saw a problem that should could solve, nothing was going to stand in her way."

Nicole Keller was a trailblazer, a leader at Principal Financial Group starting in the 1980s and eventually helping take the company public on the New York Stock Exchange.

"I remember seeing her in her power suit going to Principal Financial Group when I was a little girl and thinking how she must be so important and how I wanted to be important when I grew up," her daughter, Erin Keller, recalls. "And I wanted to have that kind of implicit respect that she worked hard to get because she was a woman in a predominantly-male corporate environment."

But her impact went far beyond the workplace.

In addition to being a loving wife, mother and grandmother, Nicole was a dedicated volunteer and activist. She helped crate the health insurance co-op for the State of Iowa, then, with daughter Cara, conducted a research study for the National Alliance on Mental Illness.

She also advocated for the arts in Waukee, because of Erin.

The innumerable ways 'Nicky' showed lover for her family and the community makes it that much harder for Erin to know her mother is gone. Especially in her times of need.

"I'm never gonna get to talk to my mom again. Ever. And she was a really great person to talk to. I don't get to hear any new ideas from her. I don't get to process what's happening in our country right now with her," Erin mourns. "I don't get to be inspired by her. And I don't have her to care for me and I have cancer and she was the person who really knew how to take care of me."

Through the pain, Erin has perspective. She is one person out of thousands to experience the heartbreak of the pandemic.

Nicky was "angry" on her deathbed, according to Erin. It was in her obituary where her "stubbornness" and dissatisfaction with people not taking the virus seriously ultimately was displayed:

Nicole Keller passed, succumbing to COVID ... She is gone now because of the lies and incompetence of the people in power who were elected to protect us. Their failure to do so during a pandemic is glaring evidence of negligence of the highest order.

"It had to be in there to honor her," Erin says. "One of the last things she said to me before she died was that I had to go out there and make the world a better place. So I hope I fulfill that wish of hers."

Dr. Jason Kruse with Broadlawns Medical Center said some of the early days of the pandemic are blurry. But he remembers his hospital talking of double capacity if needed and potentially splitting ventilators.

"Just thinking of all the worst-case scenarios," Kruse said.

But the worst-case scenario with Dr. Patrick Oben at Mercyone Des Moines Medical Center was not knowing how to help his patients.

"We had no idea what this virus was then, no information. Nothing in the textbooks no guidance we had no idea how to diagnose it," Oben said. "But when you don't even know what to do with respect to diagnosis and therapy, you are paralyzed."

As time went on and Iowa neared its first peak, Kruse began to get concerned with how he would stay protected from COVID-19.

"We didn't have a lot of confidence necessarily in our personal protective gear," he remembered. "You're seeing pictures of people from around the world duck-taped into suits, and we had 3D-printed face shields and masks that we'd been wearing for a week."

Not having the right gear and trying to stay safe led both doctors to alter their lives outside of work.

That meant sleeping in the basement, separated from family, which took a toll on their mental health.

To relieve that emotional impact, some hospitals began increasing support services such as chaplain check-ins.

"Having a chaplain go around and checking on staff is just kind of a calming effect," said Chaplain Mark Jacobs with Broadlawns. "It has the effect of saying 'Look we know that this is not an easy time right now but we're going to make it through.'"

A year later, both doctors are looking to the future.

"I recognize that 100% of the population has had some changes whether they went along willingly or not," Kruse said. "Everyone has had a hard year ... but stay patient and we'll get through this together."

"The two [ear nose and throat doctors] I went and saw basically both wrote me off as there's a 90% chance you're not going to smell again,” Farrell said.

Farrell is considered a long-hauler, which, means he’s had symptoms longer than 28 days.

Right now, doctors aren’t certain why COVID is lingering in some.

"The vast majority of the so-called ‘long-haulers’ are people that aren't hospitalized and that have relatively mild illness and they are relatively younger people,” Vemuri added.

While it’s tough to no longer be able to taste or smell, Farrell acknowledged he’s one of the lucky ones.

"There are times I kind of feel sorry for myself when I see a really nice plate of lasagna, but on the other hand, I'm still out here kicking,” Farrell said.

The National Institutes of Health announced in February they’re beginning to study some people who have lingering COVID-19 symptoms and others who do not.

Pandemic heroes among us 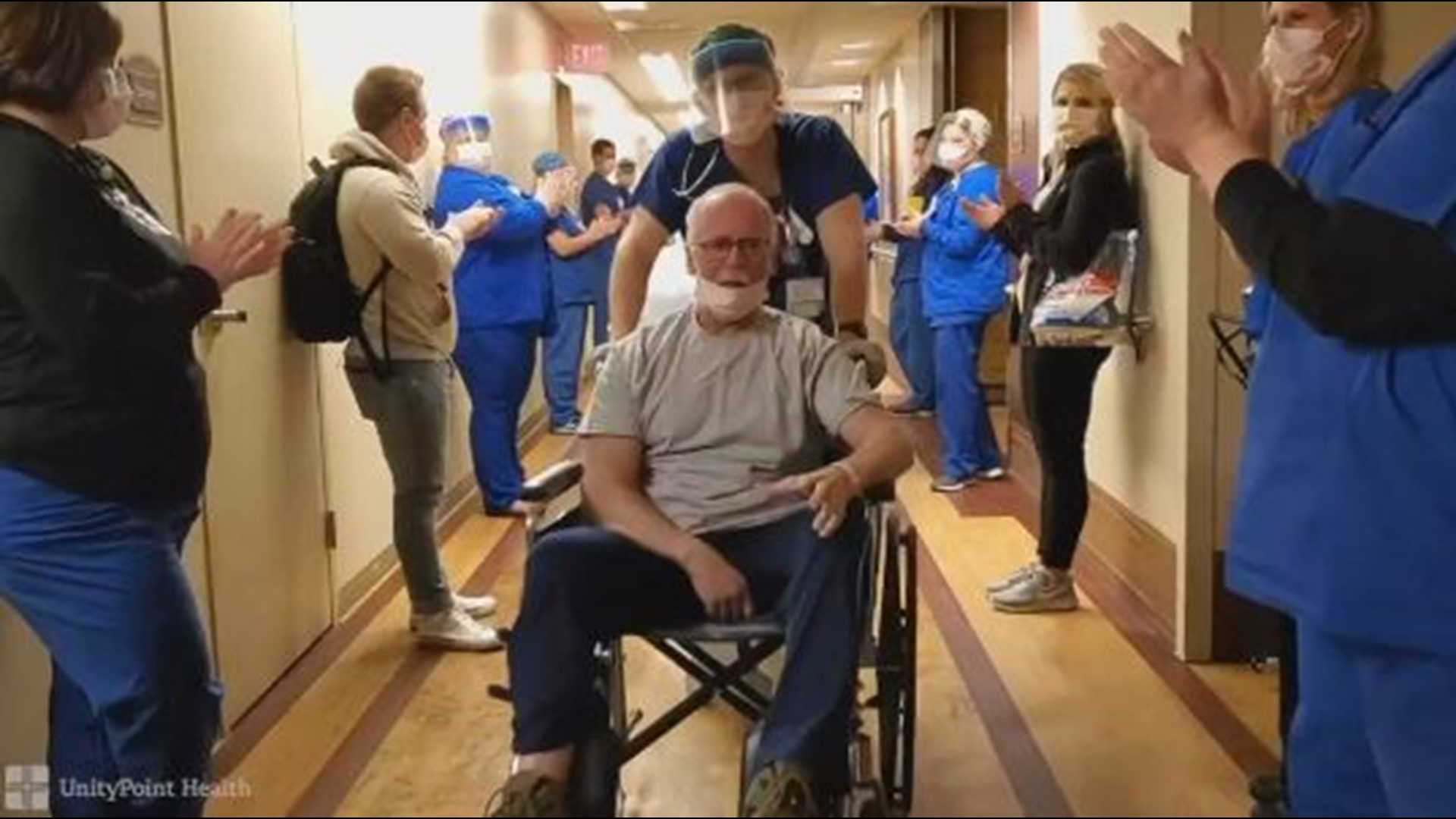 Death during a pandemic brings grief, lack of closure

Most people's lives are marked by a series of celebrations, and hopefully those celebrations are hosted around other people: the day you're born, your birthday, the day you graduate and so on.

All those special moments that are shared, surrounded by other people who love you.

As the years go on, the birthdays—the big ones—become even more of a reason to celebrate.

You've built a life that's touched so many people who want to celebrate with you and celebrate you.

So after your final days, a celebration of your life brings it all full circle.

The last celebration, the one that's supposed to be the culmination of all of those other moments, doesn't happen.

There's no one to celebrate the soul that is lost. They're alone.

"Now it just happens all the time," Laura Lundberg, a funeral director for Iles Funeral Home, said. "Just all the time."

Lundberg has a backlog of uncelebrated souls. Deceased Iowans whose loved ones were never able to safely gather and tell them goodbye. Or reminisce.

Some, even a year later, are still waiting to have that celebration. There is no closure for family or friends.

And for those who spent their final hours not even able to hold the hands of anyone they knew, maybe there's no closure for them either.

"I think that it's important for those that have passed too because regardless of your religious beliefs or after-life beliefs, you want to know that your loved ones were able to gather and get together and celebrate you."

To share your story of a loved one lost due to COVID-19, visit iowacovidmemorial.org.

Download the We Are Iowa app or subscribe to Local 5's "5 Things to Know" email newsletter for the latest local news.