With pandemic worsening in US, surgeon general worried

As the Delta variant spreads, hospitalizations are up in 39 states, including Iowa. 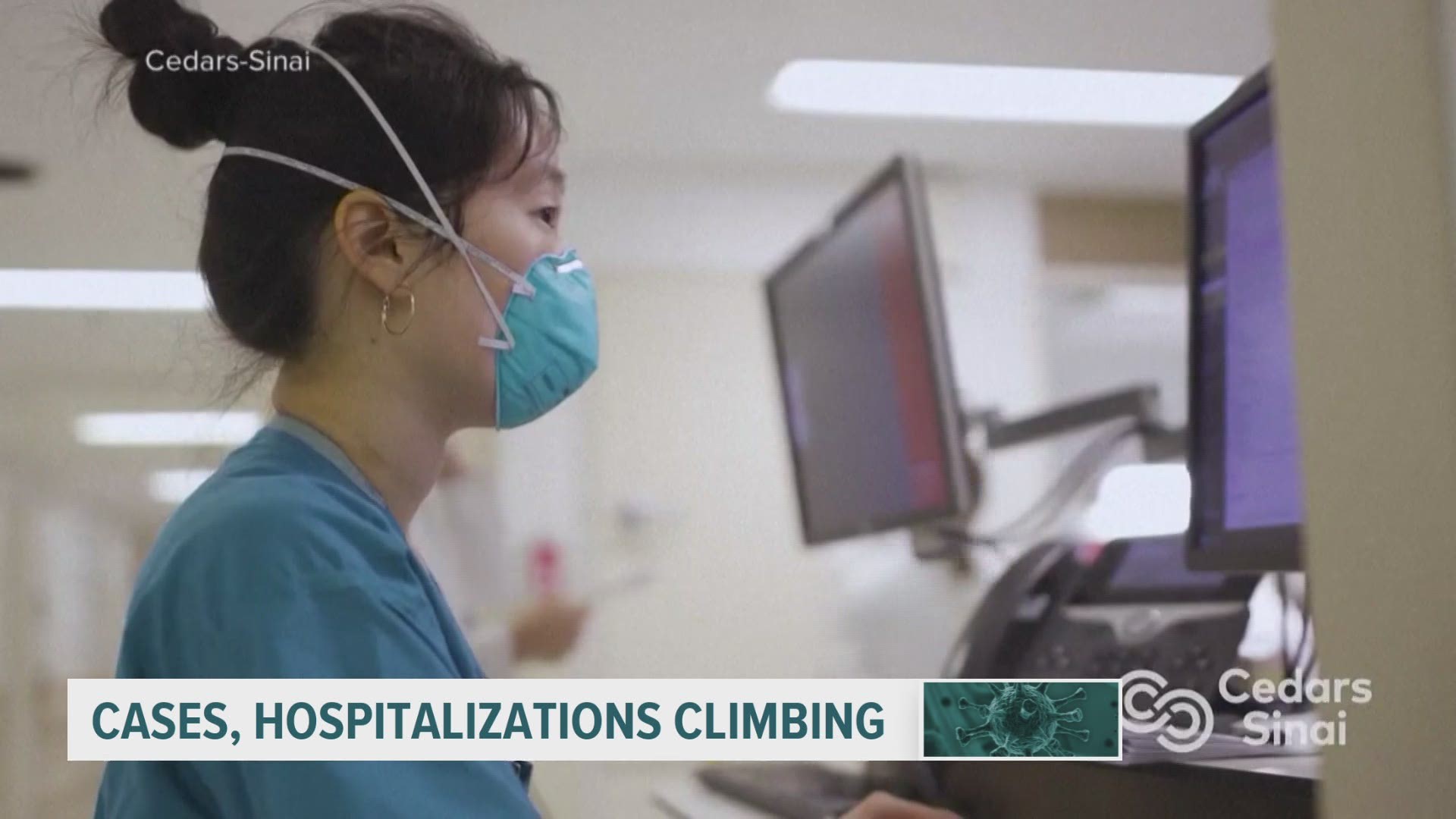 The U.S. surgeon general said Sunday that he's concerned about what lies ahead with cases of COVID-19 increasing in every state, millions still unvaccinated and a highly contagious virus variant spreading rapidly.

Noting that nearly all coronavirus deaths now are among the tens of millions of people who haven't received shots, despite widespread vaccine availability, Dr. Vivek Murthy painted an unsettling picture of what the future could hold.

“I am worried about what is to come because we are seeing increasing cases among the unvaccinated in particular. And while, if you are vaccinated, you are very well protected against hospitalization and death, unfortunately that is not true if you are not vaccinated," Murthy said on CNN’s “State of the Union.”

U.S. cases of COVID-19 last week increased by 17,000 nationwide over a 14-day period for the first time since late fall, and an increase in death historically follows a spike in illness. Much of the worsening problem is being driven by the Delta variant first identified in India, that has since hit the United Kingdom and other countries, said Murthy.

While U.S. case numbers and hospitalizations are still far below levels from the worst of the pandemic early this year, Murthy said the worsening situation shows the need to convince more people to get inoculations.

“It is our fastest, most effective way out of this pandemic,” he said.

About 186 million Americans have received at least one shot, but another 90 million eligible Americans haven't. Officials are trying to overcome a stubborn refusal among some — particularly conservative, rural white people — to get vaccinated, but it's unclear how to do that. So, for the meantime at least, some places have reverted to health precautions that had been cast aside.

In Las Vegas, some resorts and casinos are again requiring employees to wear masks in response to a recommendation issued by health officials amid rising COVID-19 case rates in Nevada; it ranks fifth among U.S. states for the most new cases per capita over the last two weeks.

Around San Francisco's Bay Area, which has some of the highest vaccination rates in California, health officials have recommended that everyone again wear masks inside public buildings, regardless of their vaccination status.

But in conservative Alabama, where COVID-19 hospitalizations have more than doubled in a month and only about a third of the population is fully vaccinated, officials have refused to reinstitute statewide health rules or use gimmicks such as lotteries to boost immunizations.

“I think the best thing for us to do is just encourage everyone to use their common sense and practice personal responsibility and make themselves and their families safe,” Gov. Kay Ivey told reporters last week.

Cases also are on the rise in Springfield, Missouri, where Mayor Ken McClure told CBS-TV's “Face the Nation” that false information about the pandemic was hampering the fight to get people vaccinated.

“I think we are seeing a lot spread through social media as people are talking about fears which they have, health related fears, what it might do to them later on in their lives, what might be contained in the vaccinations,” he said.

Murthy, the surgeon general, said “not nearly enough” progress was being made in the fight against misinformation spread through social media about COVID-19 and vaccines. Individuals, not just platforms such as Facebook, need to combat the problem, he said.

"Each of us has a decision that we make every time we post something on social media, and I’m asking people to pause and to see, is a source accurate? Is it coming from a scientifically credible authority? And if it’s not, or if you’re not sure, don’t share,” he said.