Gov. Cuomo says the hospitalization rate is higher than models had projected. 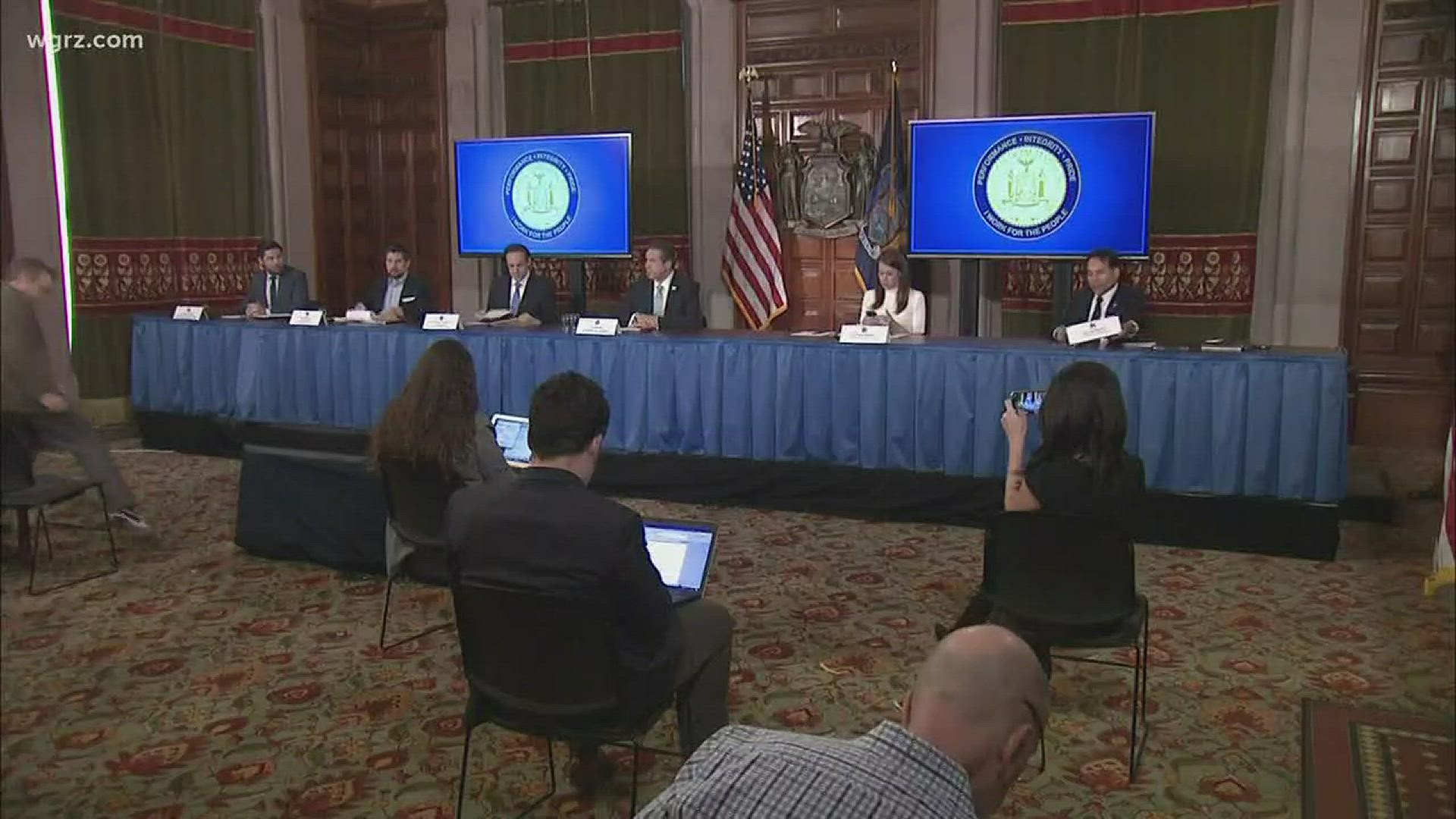 He says the hospitalization rate is higher than models had initially projected.

The governor says the reason NYS has so many cases compared to the rest of the county is because they have a denser population.

The state is also doing more testing than any other state right now.

The governor says residents need to continue to slow the numbers (flatten the curve) so as not to overwhelm hospitals.

They continue to work to reduce the density of the population to slow the spread.  All non-essential businesses have closed and have their workers working from home.

The work continues for hospitals to increase their capacity to treat the influx of patients.

Governor Cuomo says they have all of the protective equipment hospitals will need for staff during this crisis after yesterday's purchase of protection equipment.  However, they will continue to shop for more.

The state still needs ventilators.  They currently have 4,000 in the system and have purchased 7,000 more.  They are working with the federal government looking for more ventilators. The state is also experimenting with splitting ventilators to put two people on one ventilator.

Cuomo is also calling on the federal government and other states in the country to help New York State, as there are more people infected there and will need ventilators now.  He says the state's apex will hit first, and once it starts going down, he would send those resources back to other states in need.

Gov. Cuomo says 40,000 healthcare workers have come forward to say they will help in hospitals during the crisis.  More than 6,000 mental health providers have volunteered to provide support on a NYS hotline 1-844-863-9314.

The governor  announced Tuesday the Federal Drug Administration (FDA) has approved the New York State Department of Health can begin using an experimental drug treatment, hydroxychloroquine and zithromax, on compassionate care cases.  The Department of Health has been given permission to start using plasma injections, which allows the antibodies of a patient who has recovered from COVID-19 and inject them into a patient currently fighting the virus.