'She was more than just one of those people': Iowa woman shares story of mother's coronavirus death

Hailey Poiesz wants people to understand the toll of the virus on a family who loses a loved one. 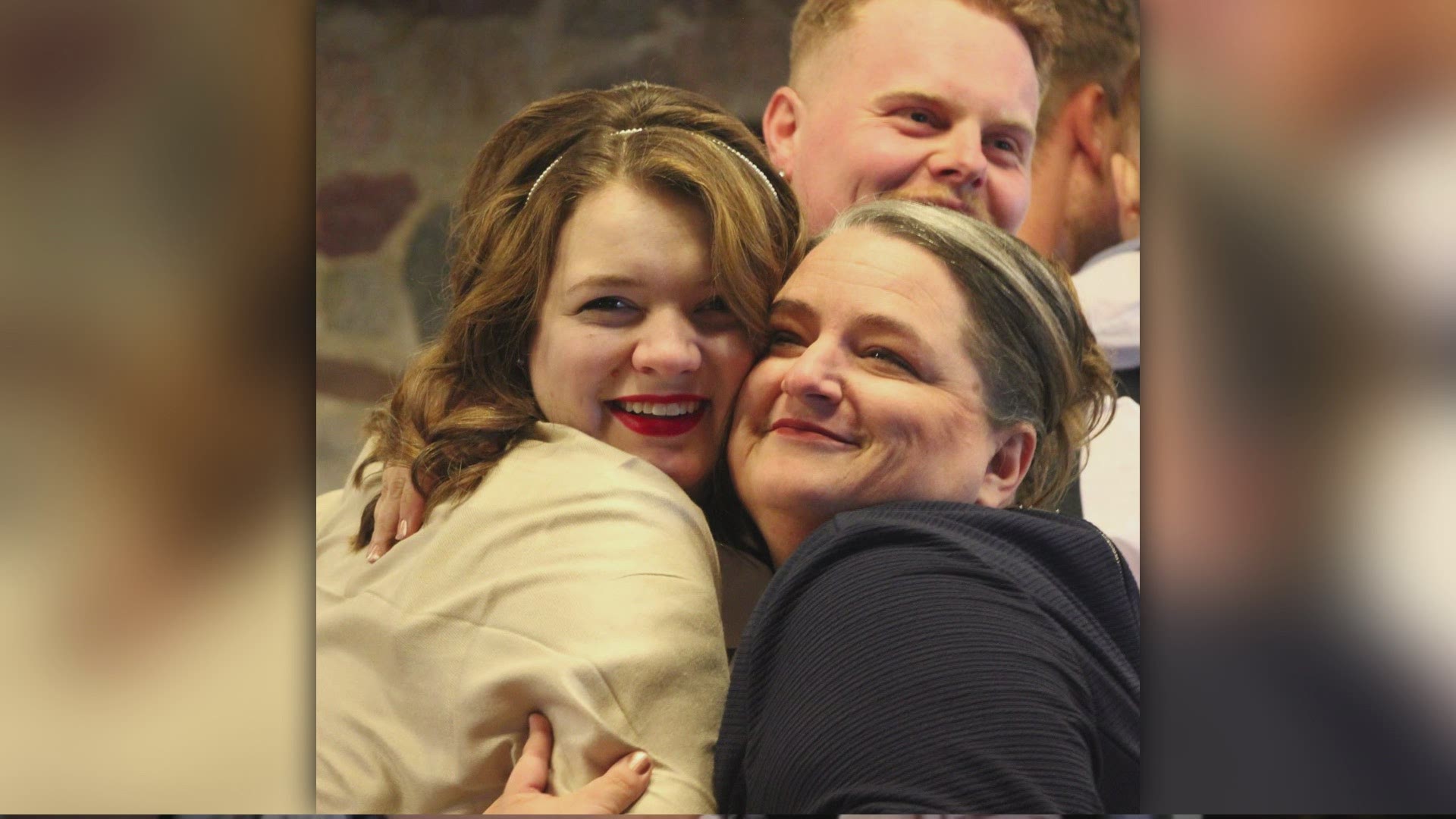 WEST DES MOINES, Iowa — Hailey Poiesz and her mom were more than just a mother-daughter pair. They were best friends.

So when Hailey's mother, Julie Ebel, went to the hospital in September after having trouble breathing, Hailey was the person the nursing staff called when her oxygen levels dropped at 3 a.m.

Hailey was the one who had to make the tough decision with her grandparents to take her mother off the life-saving ventilator when nothing more could be done.

And Hailey was the one holding her mother's hand through gloves when her mother died from COVID-19.

"People tell me, 'Oh, I can't imagine what you're going through,'" said Poiesz. "And no, you can't. And no one should ever have to go through this. Because not only did I lose my mother, but I lost my best friend."

Poiesz is a mother herself to three young boys.

"My mom was the one who would help me get through everything, who helped me with my sons, who was always on my side," said Poiesz. "And now that she's gone, I don't know what to do."

Ebel was 44 years old when she passed away in a western Iowa hospital after contracting the coronavirus. Poiesz said her mom was checked into the hospital on a Friday and her condition quickly deteriorated.

After less than a day in the hospital, Ebel was taken off a ventilator.

"She didn't even take a breath."

"And I just screamed. A scream like you've never heard before. And I got up on top of her, on the bed, because I just wanted to be near her. The nurses were crying."

Even two weeks later, the pain of losing her mother so suddenly to coronavirus is still fresh for Poiesz. She said she doesn't want her mother to become a number.

"'People are only going to see her in the one in the almost 212,000 who have died in the states...but she was more than just one of those people," Poiesz said.

"I have her little letters, she left me notes for everything. And I keep reading them. My mom was religious about saying, 'If you can't have a good day, have the best bad day you possibly can.' But it doesn't get better for me. And I hope someday it will but I just want to call my mom."

If you want to donate to Hailey's family, they are seeking help to pay for Julie's medical bills. You can visit the site here.