Eleven parents sued the state on Sept. 3 saying that the Iowa mask mandate ban violates the civil rights of disabled or immunocompromised children. 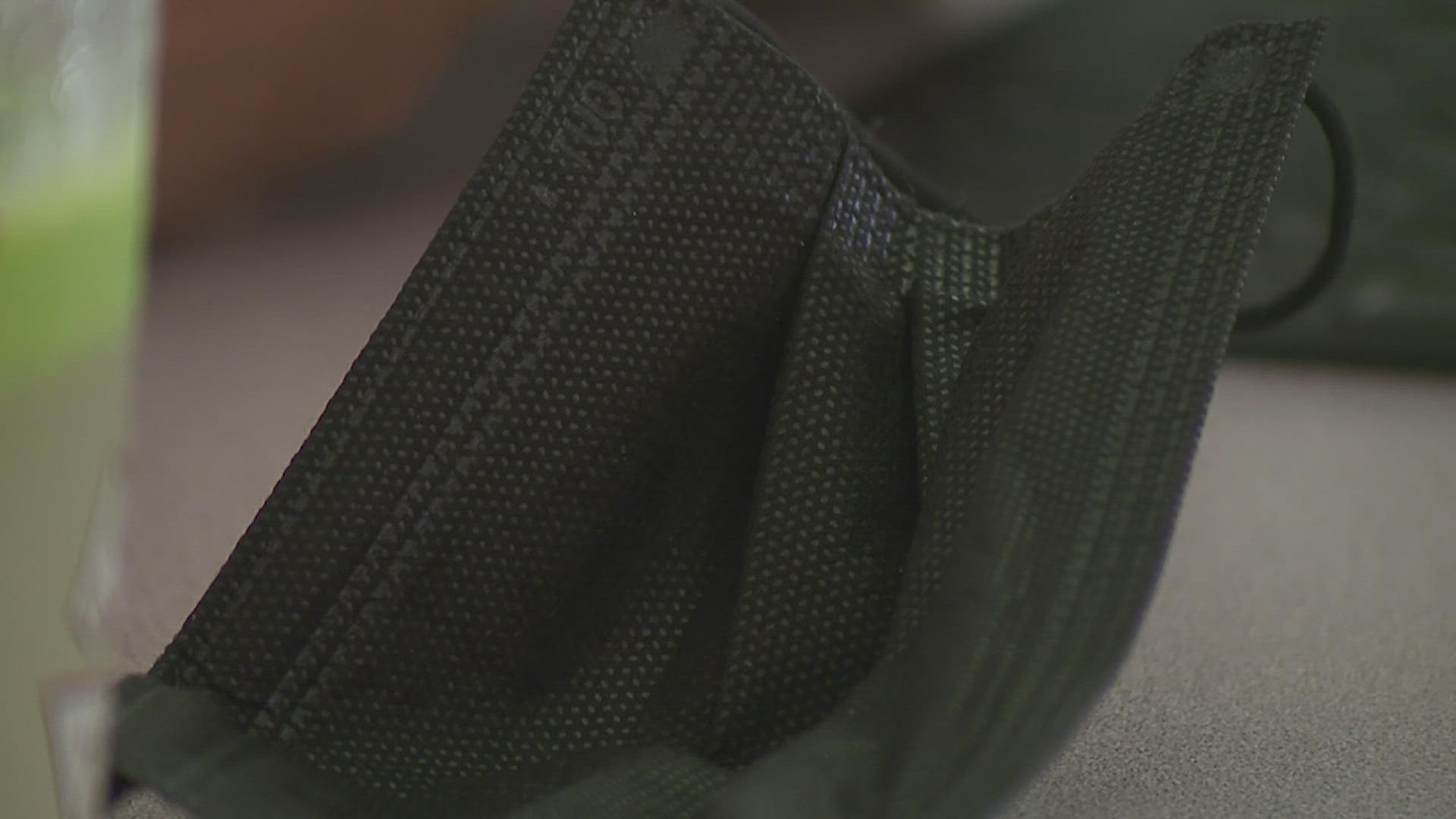 The Davenport Education Association (DEA) is praising Judge Robert Pratt for his decision.

"People need to recognize we are in a war against the virus, not against each other," said Iowa State Education Association Regional UniServ Director Toby Paone. "We can defeat this by wearing a mask, by hand sanitizing. It's not that difficult."

DEA President John Kealey spoke Monday at the Davenport School Board meeting, calling on the board to reinstate a mask mandate.

"I am here to ask the board to reinstate the mask mandate for all Davenport Community School District staff and students regardless of vaccination status," Kealey said at the meeting. "Scott County is currently considered an area of high transmission with cases in the Quad Cities amongst all population groups increasing drastically in the last few weeks."

No Quad Cities area school districts have announced a decision to reimpose a mask mandate. Pleasant Valley told News 8 they are waiting for a final ruling and gathering more information before making a decision.

A Davenport Schools parent is among the 11 parents that sued the state on Sept. 3, alongside The Arc of Iowa, a group that supports people with intellectual and developmental disabilities. Her son is in first grade and has asthma. In her declaration, she wrote:

"At times the school nurse must administer the inhaler; however, I have knowledge that she does not wear a mask. I requested that she be masked when administrating the inhaler, because [my son] cannot be. This request was denied."

The plaintiffs are all parents of children with a health condition that puts them at greater risk of contracting COVID-19.

The lawsuit says the Iowa mask mandate ban violates the civil rights of disabled or immunocompromised children under Title II of the Americans with Disabilities Act of 1990 and Section 504 of the Rehabilitation Act of 1973.

"By preventing schools from imposing mask mandates to protect their students, the state was effectively excluding students with disabilities," said Shira Wakschlag, Senior Director of Legal Advocacy and General Counsel for The Arc United States.

She explained that by banning masks, the state was making it unsafe for students with disabilities to attend school in person.

Pratt wrote that the plaintiffs "demonstrated that an irreparable harm exists" because "Iowa Code section 280.31’s ban on mask mandates in schools substantially increases their risk of contracting the virus that causes COVID-19 and that due to their various medical conditions they are at an increased risk of severe illness or death."

"The court is really making it clear that students with disabilities have the right to go to school safely during this pandemic," Wakschlag said.

"Kids who are forced to stay at home do not have the same educational opportunities as children who are attending school," Paone said. "We want kids in school, we want people there, because that's where we believe kids learn best."

Davenport schools are offering a remote learning option that is contracted out to a third party, Edgenuity. The online program is pre-recorded and self-taught, so there is no live teacher interaction.

Pratt's order will remain in effect until the court issues an order for a preliminary injunction.

"There have to be additional proceedings, just as there would be in any other case," Wakschlag said. "There still needs to be further briefings to discuss the law in further detail and go through all of the legal argument that we've made challenging the law."

She said no proceedings have been scheduled yet.

"The most important thing at this point is that there is not currently a statewide ban on school districts making the decisions to protect their students from COVID-19," she said. "They're no longer prohibited from following well established public health guidelines."

Reynolds has already said the state plans to appeal the decision. She called the judge's decision overreach and said that lifting the ban would cause unnecessary confusion. She released the following statement about the order:

“Today, a federal judge unilaterally overturned a state law, ignored the decision by our elected legislature and took away parents’ ability to decide what’s best for their child. We will appeal and exercise every legal option we have to uphold state law and defend the rights and liberties afforded to any American citizen protected by our constitution."

However, the order doesn't "unilaterally overturn" the law, it is only blocking it until further court proceedings.

"The Court recognizes issuing a TRO [temporary restraining order] is an extreme remedy, however, if the drastic increase in the number of pediatric COVID-19 cases since the start of the school year in Iowa is any indication of what is to come, such as an extreme remedy is necessary to ensure that the children involved in this case are not irreparably harmed," Pratt wrote.

This comes after the U.S. Department of Education's Office for Civil Rights announced its own investigation into the mask mandate ban. It is also looking into whether the ban violates the Americans with Disabilities Act and Rehabilitation Act by discriminating against school-aged children with disabilities.

Read the lawsuit and the judge's decision here.