Waveland Tap owner says the governor's latest proclamation has taken a quarter of it's hours per week. 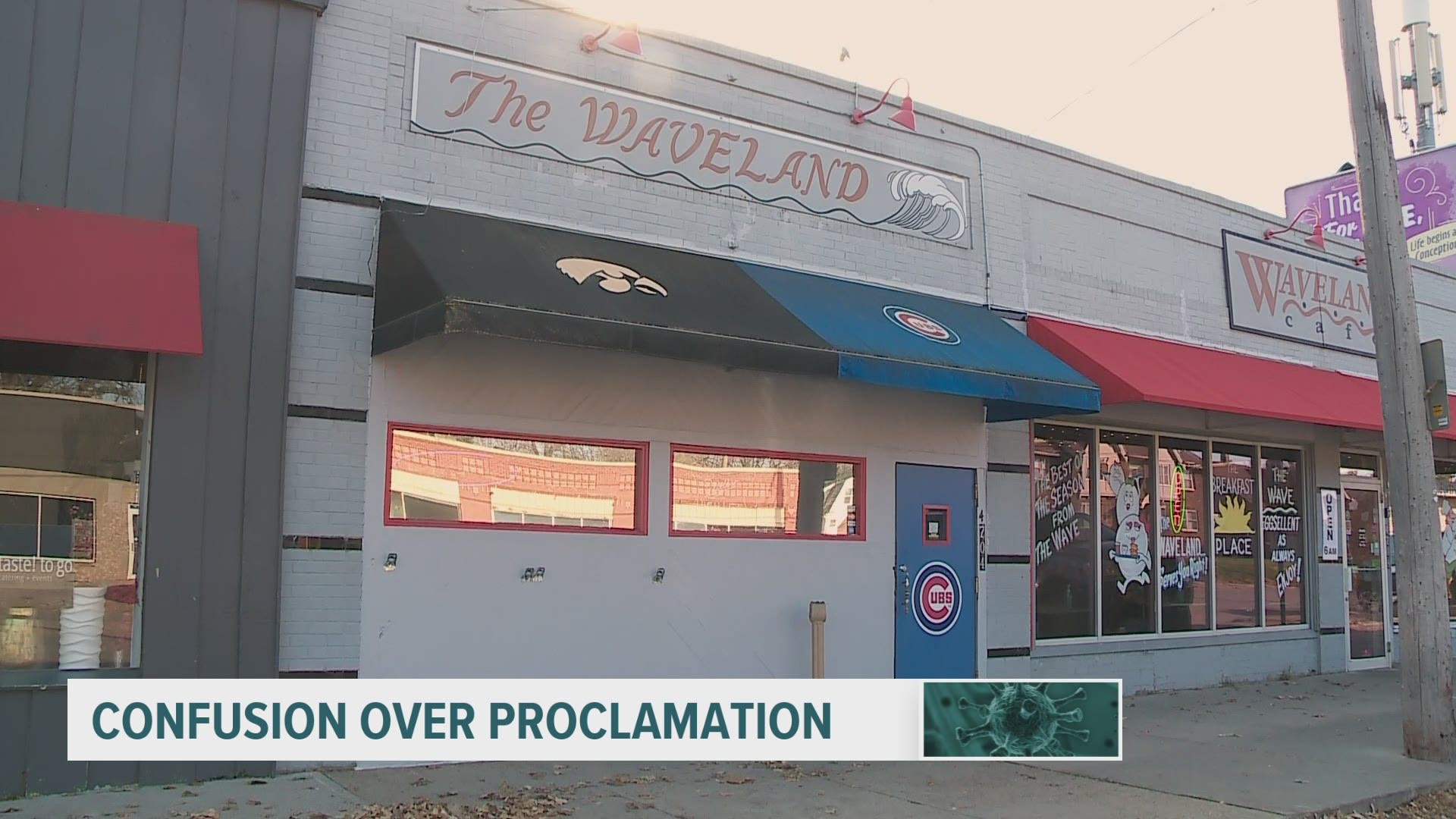 DES MOINES, Iowa — Waveland Tap owner says there's only a little bit of normalcy since the pandemic began but business is still down 30 to 40 percent overall.

The governor's latest proclamation has taken away a quarter of it's business hours.

Waveland Tap's owner says there is also a general confusion about why bar stools are not allowed and says that people who come in are forced to sit alone.

"The smaller guy is getting penalized and it's very frustrating when you do everything in your power to do the right thing that there's still a hindrance on our business," said owner Phil Troge. "When the real problem are the people who ignore it, the people who still have house parties."

With the Thanksgiving holiday coming up, the Waveland Tap has to close it's doors at 10 pm missing out on a night of big revenue.

RELATED: Masks are fogging up glasses and Lasik surgery procedures are rising in response

RELATED: Fish tales: a pandemic adventure across the US brings two anglers to Iowa