Scientists and medical experts have been pushing back against the claims about the treatment since President Trump’s announcement. 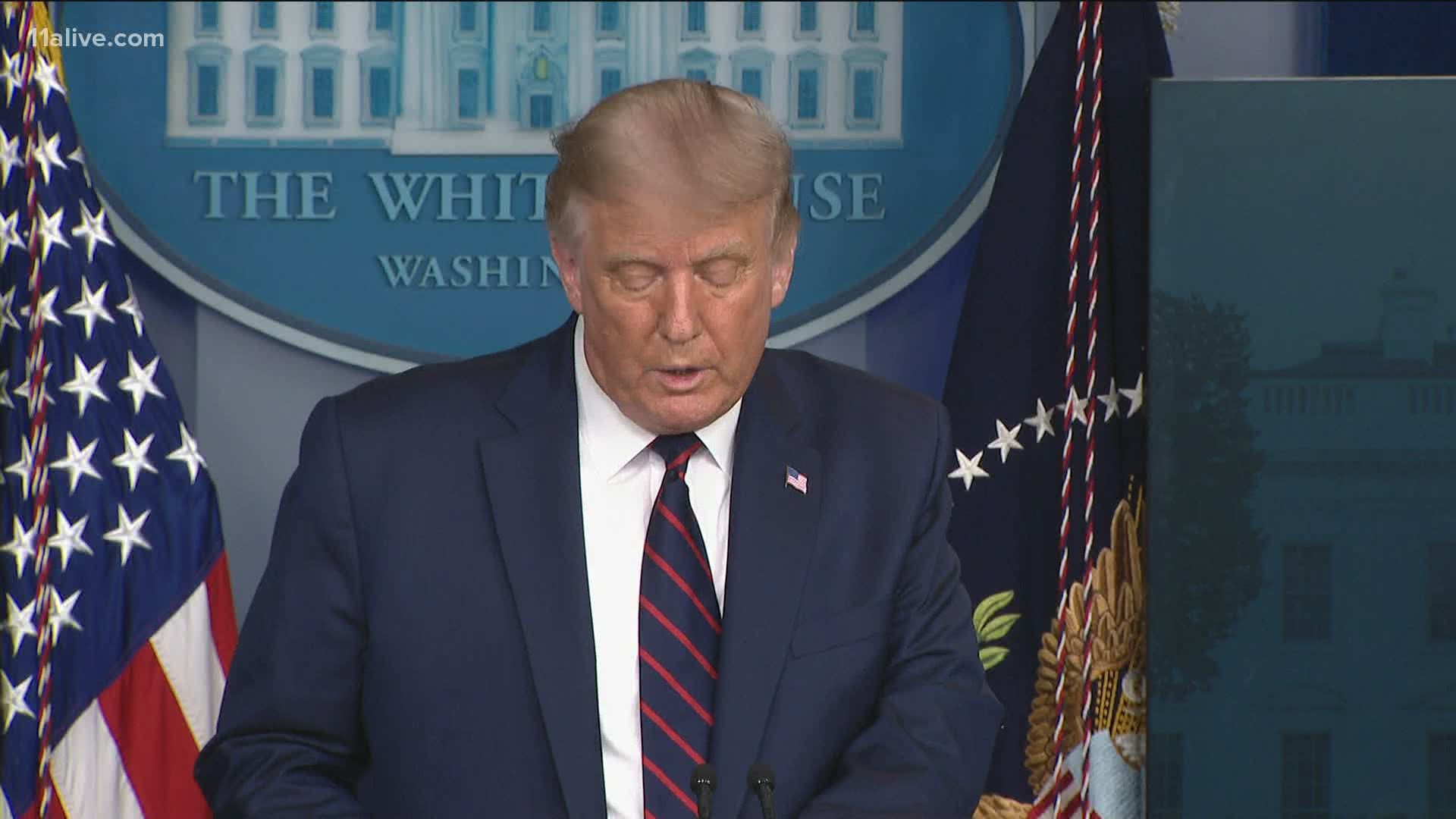 WASHINGTON — Responding to an outcry from medical experts, Food and Drug Administration Commissioner Stephen Hahn on Tuesday apologized for overstating the life-saving benefits of treating COVID-19 patients with convalescent plasma.

Scientists and medical experts have been pushing back against the claims about the treatment since President Donald Trump’s announcement on Sunday that the FDA had decided to issue emergency authorization for convalescent plasma, taken from patients who have recovered from the coronavirus and rich in disease-fighting antibodies.

Trump hailed the decision as a historic breakthrough even though the treatment’s value has not been established. The announcement on the eve of Trump’s Republican National Convention raised suspicions that it was politically motivated to offset critics of the president's handling of the pandemic.

Hahn had echoed Trump in saying that 35 more people out of 100 would survive the coronavirus if they were treated with the plasma. That claim vastly overstated preliminary findings of Mayo Clinic observations.

Hahn's mea culpa comes at a critical moment for the FDA which, under intense pressure from the White House, is responsible for deciding whether upcoming vaccines are safe and effective in preventing COVID-19.

The 35% figure drew condemnation from other scientists and some former FDA officials, who called on Hahn to correct the record.

“I have been criticized for remarks I made Sunday night about the benefits of convalescent plasma. The criticism is entirely justified. What I should have said better is that the data show a relative risk reduction not an absolute risk reduction,” Hahn tweeted.

The FDA made the decision based on data the Mayo Clinic collected from hospitals around the country that were using plasma on patients in wildly varying ways -- and there was no comparison group of untreated patients, meaning no conclusions can be drawn about overall survival. People who received plasma with the highest levels of antibodies fared better than those given plasma with fewer antibodies, and those treated sooner after diagnosis fared better than those treated later.

Hahn and other Trump administration officials presented the difference as an absolute survival benefit, rather than a relative difference between two treatment groups. Former FDA officials said the misstatement was inexcusable, particularly for a cancer specialist like Hahn.

“It’s extraordinary to me that a person involved in clinical trials could make that mistake,” said Dr. Peter Lurie, a former FDA official under the Obama administration who now leads the nonprofit Center for Science in the Public Interest. “It’s mind-boggling.”

The 35% benefit was repeated by Health and Human Services Secretary Alex Azar at Sunday's briefing and promoted on Twitter by the FDA's communication staff. The number did not appear in FDA's official letter justifying the emergency authorization.

Hahn has been working to bolster confidence in the agency’s scientific process, stating in interviews and articles that the FDA will only approve a vaccine that meets preset standards for safety and efficacy.

“I think the integrity of the FDA took a hit, if I were Stephen Hahn I would not have appeared at such a political show,” said Gostin, a public health attorney.

Hahn pushed back Tuesday morning against suggestions that the plasma announcement was timed to boost Trump ahead of the Republican convention.

“The professionals and the scientists at FDA independently made this decision, and I completely support them," Hahn said, appearing on “CBS This Morning.”

Trump has recently accused some FDA staff, without evidence, of deliberately holding up new treatments “for political reasons.” And Trump’s chief of staff, Mark Meadows, said over the weekend that FDA scientists “need to feel the heat."

The administration has sunk vast resources into the race for a vaccine, and Trump aides have been hoping that swift progress could help the president ahead of November’s election.

At Sunday’s briefing Hahn did not correct Trump’s description of the regulatory move as a “breakthrough.” He also did not contradict Trump’s unsupported claim of a “deep state” effort at the agency working to slow down approvals.

Former FDA officials said the political pressure and attacks against the FDA carry enormous risk of undermining trust in the agency just when it’s needed most. A vaccine will only be effective against the virus if it is widely taken by the U.S. population.

“I think the constant pressure, the name-calling, the perception that decisions are made under pressure is damaging,” said Dr. Jesse Goodman of Georgetown University, who previously served as FDA’s chief scientist. “We need the American people to have full confidence that medicines and vaccines are safe.”

Convalescent plasma is a century-old approach to treating the flu, measles and other viruses. But the evidence so far has not been conclusive about whether it works, when to administer it and what dose is needed.

The FDA emergency authorization is expected to increase its availability to additional hospitals. But more than 70,000 Americans have already received the therapy under FDA’s “expanded access” program. That program tracks patients' response, but cannot prove whether the plasma played a role in their recovery.

Some scientists worry the broadened FDA access to the treatment will make it harder to complete studies of whether the treatment actually works. Those studies require randomizing patients to either receive plasma or a dummy infusion.