What you need to know about Gov. Reynolds' PSA campaign

Designed to convince Iowans to do the right thing, the ad campaign will cost the state about $500,000 in CARES Act money. 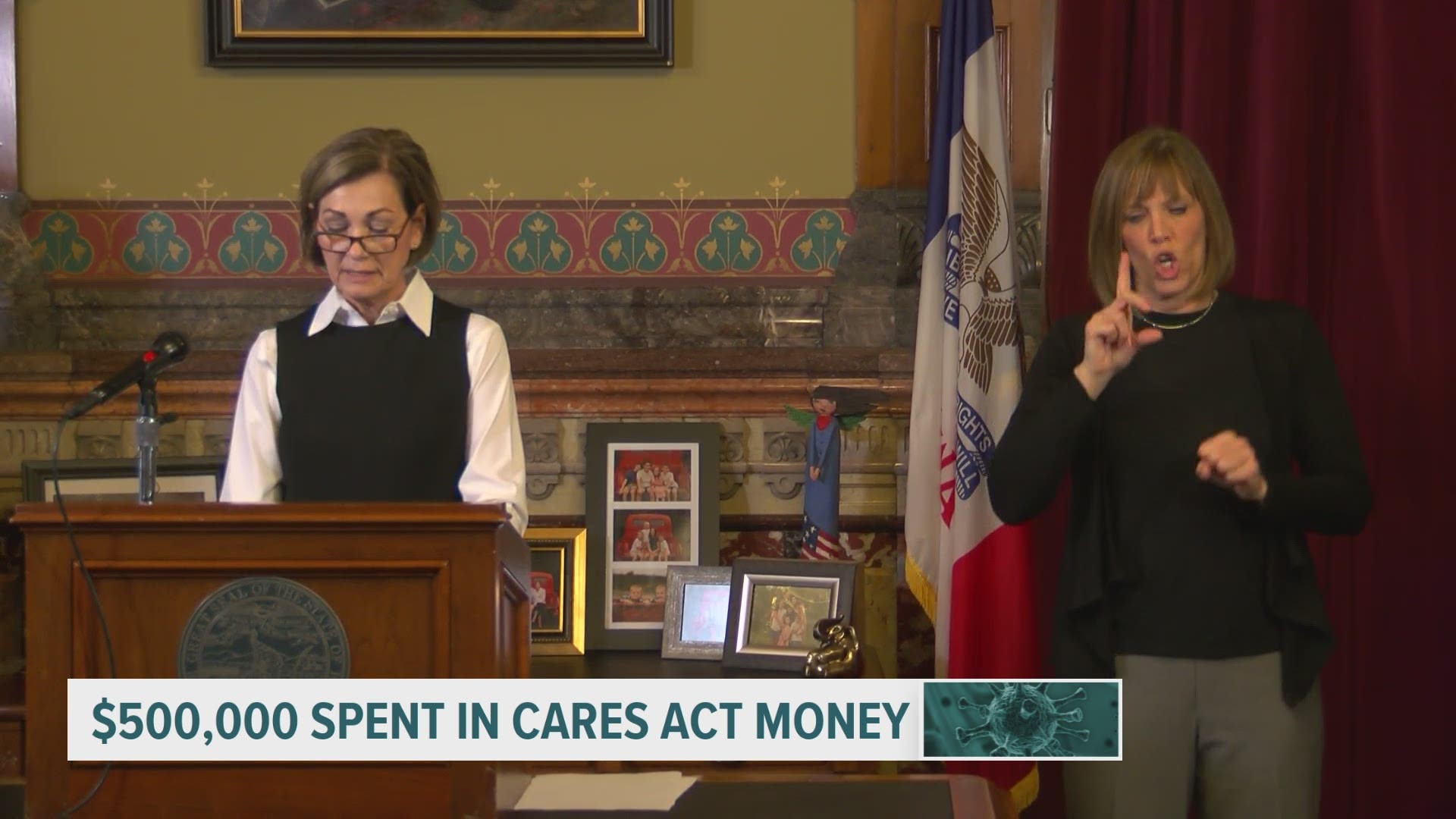 That money will come out of the state's pool of coronavirus relief funds granted by the CARES Act, of which Iowa was awarded around $4.26 billion.

The decision comes as Reynolds' track record with misusing pandemic relief funds has been put into question, after an audit found she had used nearly $21.5 million CARES Act money to fund a new software system for the state government.

The Governor's Office says other states have chosen to run similar ad campaigns to tell people to be safe in public; things we've all been told to do for eight months now.

There was also not a request for proposal, or RFP, for this ad campaign.  RFPs are traditionally used be government agencies to provide project details and get bids from different groups.

The Governor's Office says they're largely going through the Iowa Newspaper Association and the Iowa Broadcasters Association packages given out for government PSAs.