The governor said Friday she is no longer under a modified quarantine. 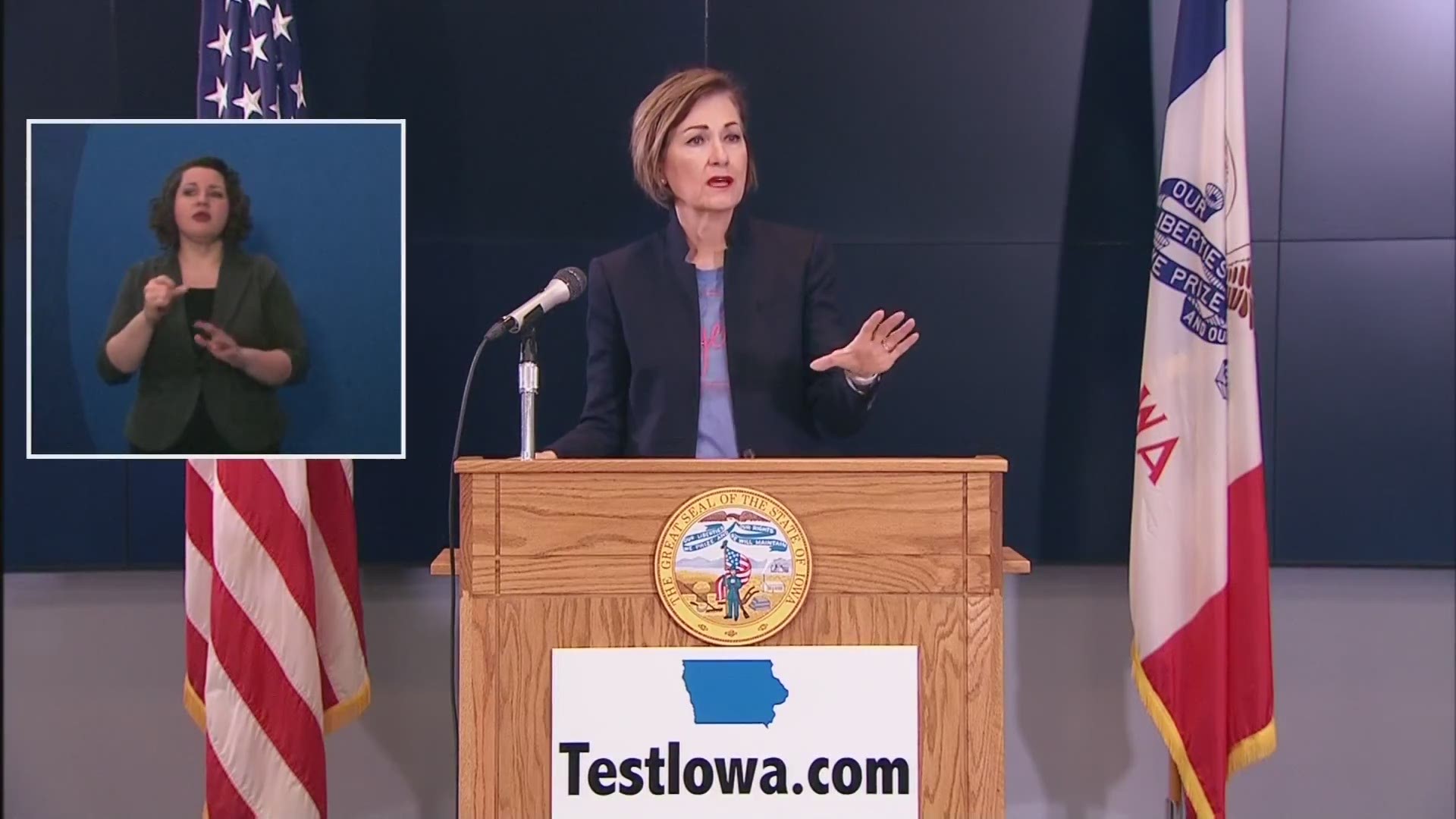 JOHNSTON, Iowa — Gov. Kim Reynolds said Friday that efforts to expand TestIowa capabilities were off to a fast start ahead of the Memorial Day weekend.

The governor announced Thursday the criteria for TestIowa would open to anyone who wanted to be tested, regardless of symptoms or potential exposure to COVID-19.

"Increasing the number of Iowans tested is one of the best things that we can do for the overall health of our state."

The governor's office announced new TestIowa locations will open next week in Marshalltown, Sioux Center and Council Bluffs. A testing site in Sioux City, which opened earlier this month, will close Friday at 6 p.m. when testing ends.

When asked why it was closing, Reynolds emphasized they're still offering "significant testing" in the area.

She added there needs to be a continued deep dive of COVID-19 case counts in Iowa.

Reynolds also said she was taken off of a modified quarantine Wednesday. It was started after she met with Vice President Mike Pence earlier this month. 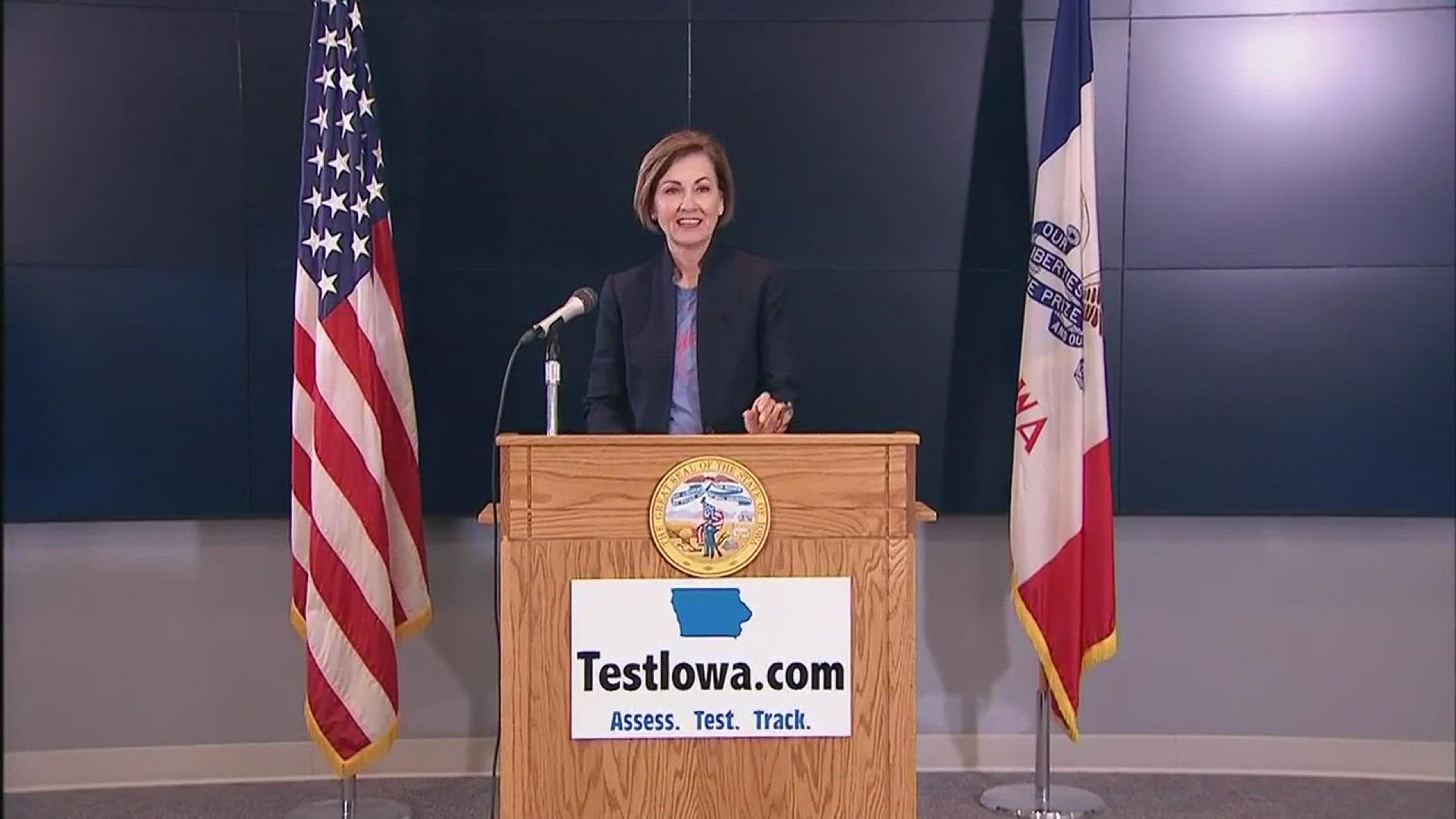