Lamont announced the biggest jump in numbers so far Tuesday, 203 new cases in just one day. 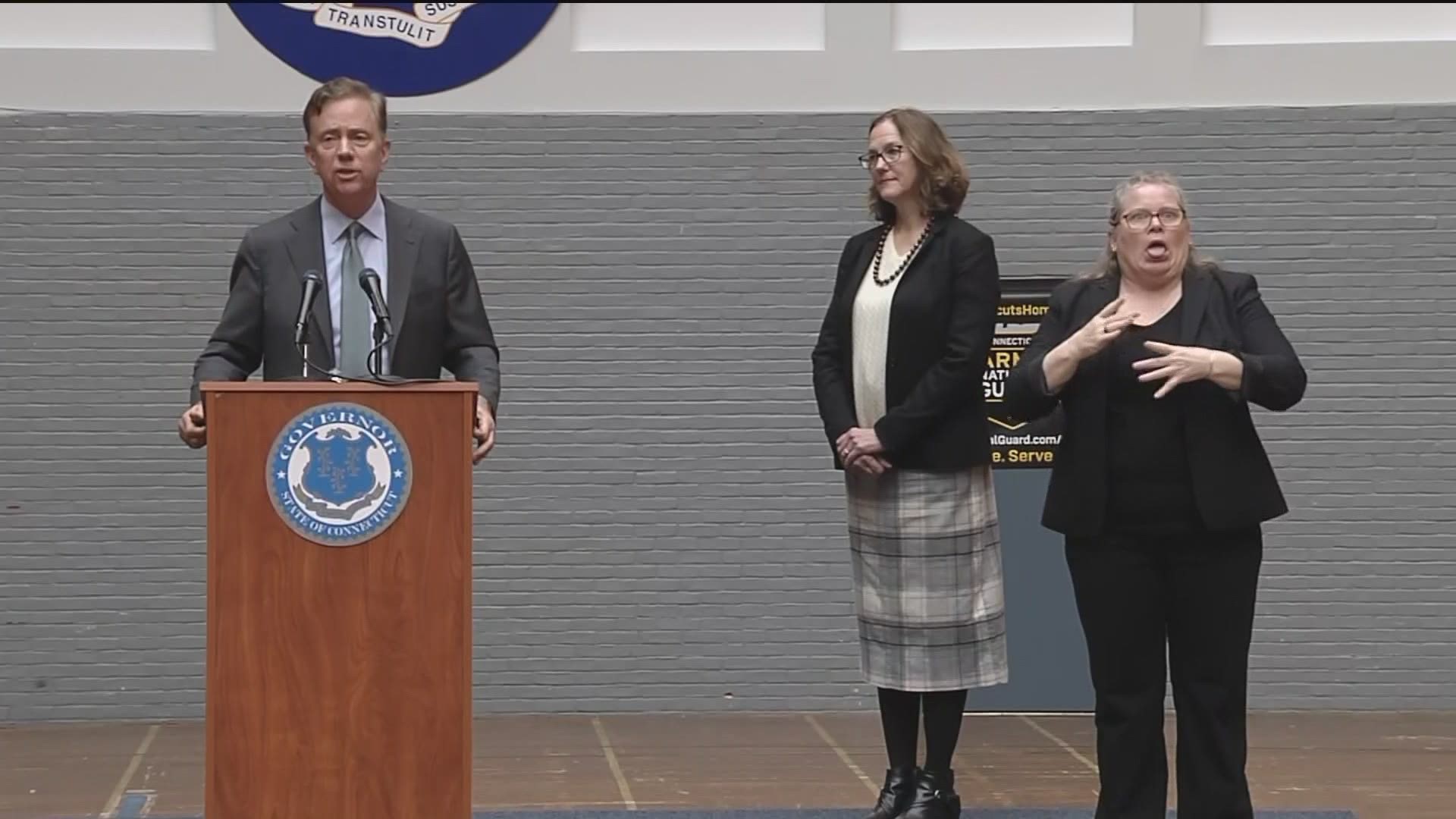 Governor Ned Lamont gave an update on the state’s latest response to COVID-19 at the State Armory Tuesday afternoon.

It's been less than 3 weeks since the first case of COVID-19 was confirmed in Connecticut and now cases have been reported in all eight counties.

Lamont announced the biggest jump in numbers so far Tuesday, 203 new cases in just one day.

As of Tuesday, a total of 618 confirmed cases of COVID-19 have been reported in Connecticut and so far 12 deaths: seven in Fairfield county, two in Hartford county and three in Tolland county.

According to Governor Lamont 10 out of those 12 deaths were people in their eighties.

“Older folks stay home just stay home, you’re most vulnerable, most likely to end up in the ICU, it’s the most dangerous,” Lamont said.

Lamont said 900 nurses are stepping out of retirement to assist hospitals as the number of cases rises and 300 of them are already working.

Although Lamont stressed an important message to young people saying, “You may not be fatal, but you are carriers and you can be contagious and it’s so important that you take this just as seriously and you stay home.”

As more patients require the need of hospital care, the need for more protective equipment continues to increase.

Yale-New Haven Hospital along with UConn Health both are now asking for donations of items such as disposable caps, gowns, gloves, face masks, and hand sanitizers, a concern shared by many other local hospitals.

“We placed orders for a million N95 masks, a million face masks and 3,000 thermometers,” Lamont said.

Officials also discussed recent steps made to help students continue their education as school is closed until at least April 20th. According to school officials, 60,000 laptops are set to be distributed among students over the next coming weeks and new partnerships have been made to provide online coursework.

The initiatives are set to be overseen by the state’s new COVID-19 “Work from Home Task Force”, task force members include a number of school superintendents.

“We’re going to work together to make sure that within weeks we deliver materials to students that are in need of it and we’re going to do so making sure that safety is our primary responsibility,” Education Commissioner Dr. Miguel Cardona said.

The Governor’s Stay Home Stay Safe Executive order went into place Monday night, which means only essential businesses remain open. Lamont also said a state-wide curfew has not been enacted and Connecticut's borders will be kept open for the time being.