The Iowa Department of Public Health said it will soon begin reporting total tests instead of individual tests. 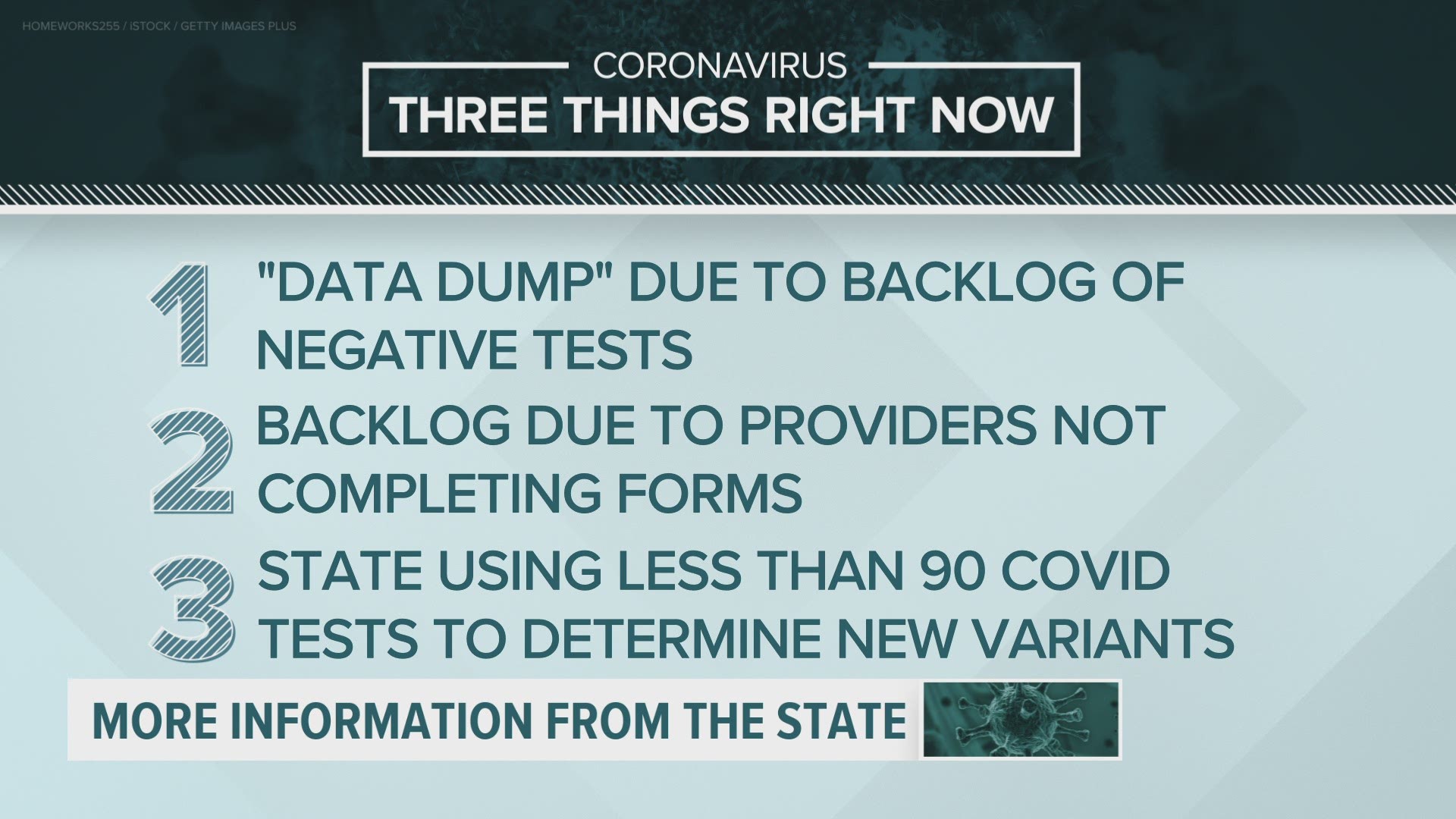 DES MOINES, Iowa — Local 5 has since learned there were only 10,000 individuals in the backlog, not 20,000. However, many of those individuals have been tested more than once. The Iowa Department of Public Health confirmed that information Friday.

Test numbers on the state's COVID data website will soon reflect the total number of tests conducted in the state, according to Kelly Garcia, interim director of the Iowa Department of Public Health.

Garcia is also the director of the Iowa Department of Human Services.

This is a change from the test data showing individuals tested, meaning no matter how many tests one person may have received, all his or her results will be shown on the website. During a virtual press conference Wednesday morning, Garcia said the change will decrease the state's positivity rate.

That's due to the denominator of tests increasing.

Those tests came from a backlog of incomplete tests, meaning the state needed more demographic information before being able to add those to the state's website. Garcia said there will be more negative tests added soon to the website as the state works through a backlog of 20,000 tests.

.@IAPublicHealth says the big increase in negative tests yesterday was caused by a data backlog. Director Garcia said there will be more negative tests added.

Garcia responded the state is providing targeted outreach to some of the more systemic problems. She also noted they have a significant number of spaces where they are providing ongoing education but said they could always do better.

The state is testing for the new COVID variants. Dr. Caitlin Pedati, the state epidemiologist, said at first 19 tests were being sent to the CDC each week for sequencing to track variants.

Pedati said now, the State Hygienic Lab has the capability to do that and is working to get up to 90 samples sequenced each week.

Pedati said not every test is sequenced because, at this time, public health recommendations remain the same no matter what variant of the COVID-19 virus a person has. At this time, Pedati said the sequencing is used as a surveillance tool to track the mutations.

Garcia said that come spring, Iowans will likely have three COVID at-home testing products to choose from on shelves. Though Pedati warned the next challenge will be getting those who take a test at home to report the result to the state.

RELATED: Iowa backtracks on plan to withhold vaccine from counties