A judge declined to halt enforcement of the law, saying there is no evidence any school board would immediately impose a mask mandate if the law wasn't in effect. 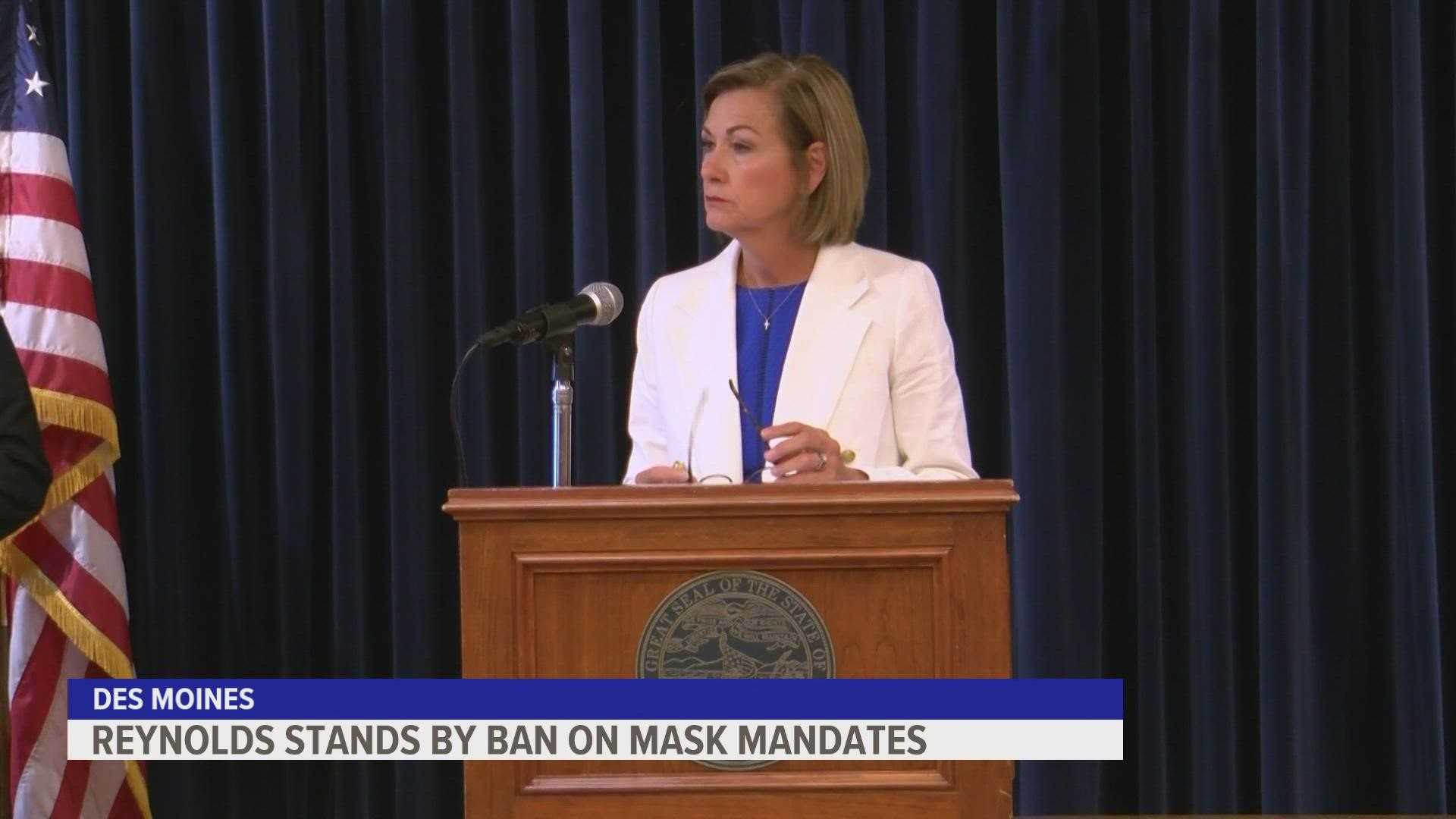 DES MOINES, Iowa — Editor's Note: The video above is from Sept. 5.

A state court judge has declined to halt enforcement of an Iowa law that prohibits school boards from enacting mask requirements, saying there is no evidence that any school board would immediately impose a mask mandate if the law wasn’t in effect.

The ruling came Friday in a lawsuit filed by Frances Parr of Council Bluffs. She is the mother of twin boys.

Parr sought an order halting enforcement of the law, arguing the law Reynolds signed in May violates her constitutional rights.

District Judge Celene Gogerty wrote temporary injunctions are intended to be "a preventative remedy to maintain the status quo of the parties."

"It appears the Plaintiffs would prefer to be put in the position they were in the spring of 2021, but the state of circumstances which existed at the time have changed," Gogerty wrote. "Presuming there was a mask mandate in existence in the Council Bluffs Community School District in the spring of 2021, there is no indication that it would be reimposed now. Hence, the status quo no longer exists, regardless of the issuance of a temporary injunction."

Read the court filing below:

Watch: Parents of kids with disabilities sue over Iowa ban on mask mandates