The report, obtained by ABC News, says Iowa is still in the red zone for new cases with the sixth-highest rate in the nation. 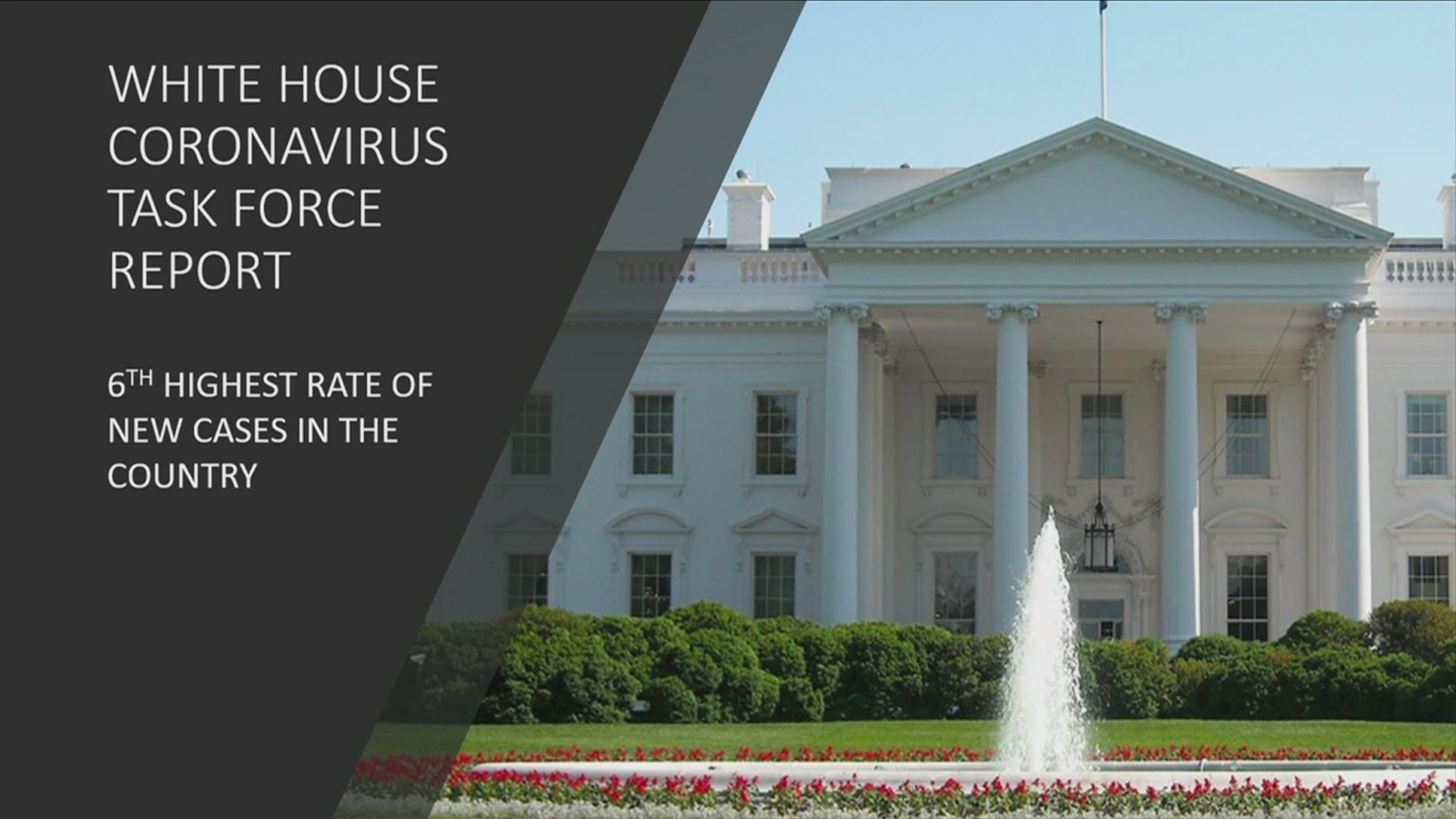 IOWA, USA — The most recent White House Coronavirus Task Force report obtained by ABC News says Iowa has the sixth-highest rate of new coronavirus cases in the country and continues its recommendation for a statewide mask mandate.

Iowa is up one spot for new cases since last week's report.

Test positivity is going down, with Iowa now in the "orange zone," indicating a rate between 8-10%. The state has the 10th-highest positivity rate in the country.

The report says Iowa has seen an increase in new cases reported as well as stability in test positivity.

Polk, Woodbury and Dubuque counties had the highest number of new cases over the last three weeks, according to the report. These counties represent 24.5% of new cases in the state.

The report says 2% of nursing homes had at least one resident die from the virus during that week.

The White House is still recommending a statewide mask mandate to help reduce the spread of the coronavirus.

Gov. Reynolds said at a press conference Tuesday that she still does not intend to issue any sort of mask requirement despite updating school guidance to remove mandatory quarantines for those who were exposed to the virus but wore a face covering.

Use West Virginia as example for school, in-person sports/activities metrics

In West Virginia, counties are placed into one of five color-coded categories based on severity of the virus in the county.  The higher the county's positivity rate, the more restrictions are put in place.

West Virginia's metrics, obtained from the West Virginia Department of Education's website, can be found below, or by clicking/tapping here.

Currently, schools in Iowa are expected to have at least half of all classes in-person unless a county positivity rate is above 15% and school absenteeism is 10% or more.

RELATED: 'We can do better than that': Gov. Reynolds says latest DMPS plan still not compliant with state law

Long-term care and correctional facilities have been hotspots for COVID-19 over the course of the pandemic.

As of Tuesday morning, 50 long-term care facilities statewide are experiencing outbreaks with over 1,000 cases total coming from them. The Iowa Department of Public Health reports 16 new cases at nursing homes the past 24 hours (9 a.m. Monday to 9 a.m. Tuesday).

The Iowa Department of Corrections reports 1,012 cases currently inside of correctional facilities, with three facilities harboring 300 or more.

The White House task force recommends Iowa keep the virus out of those places by on-site inspection of infection control practices.

You can read the full White House report below: