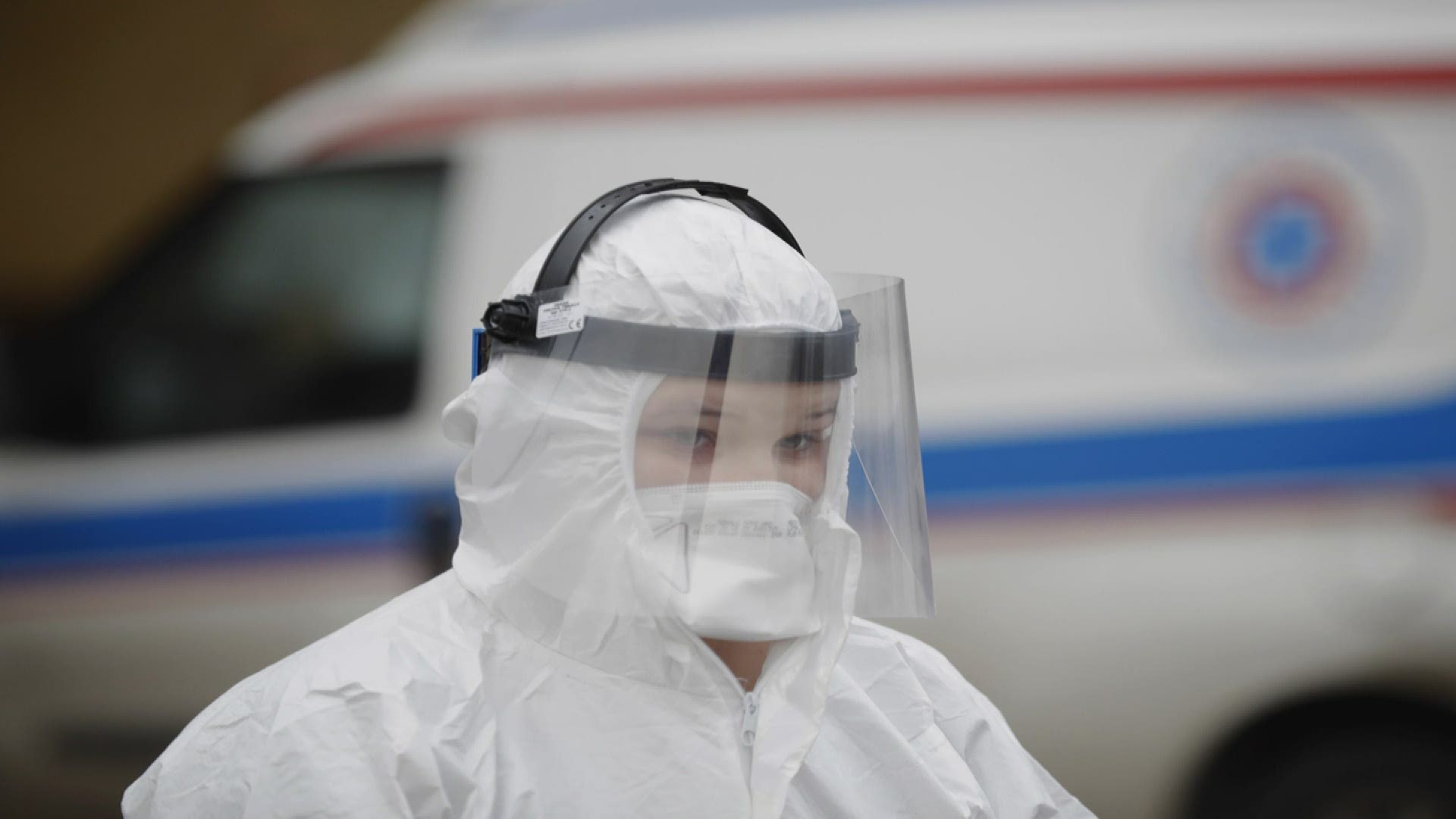 DES MOINES, Iowa — Iowa continues to be a red zone for COVID-19 with the sixth-highest rate of new cases in the United States, according to the latest White House Coronavirus Task Force report.

Last week's report for Iowa stressed the need for further COVID-19 mitigation efforts in the state, and this week's report does the same.

Iowa's cases, hospitalizations and deaths continue to increase across the state.

Hospitalizations broke a record for the fifth day in a row with 777 Wednesday. The Iowa Department of Public Health's (IDPH) coronavirus website says 164 patients were admitted in the last 24 hours.

The report brings more context behind the numbers as well as recommendations for the state to limit the impact the virus has on the state.

Iowa is still in the red zone for new cases, according to the report, with more than 101 Iowans testing positive per 100,000 people from Oct. 24-30. Iowa has the sixth-highest rate of new cases in the country.

Polk, Dubuque and Linn counties had the highest number of new cases over the last three weeks, representing 22.8% of all new cases in the state. Ringgold County was the only county to report less than 20 cases in the last 14 days.

Iowa remains in the red zone for test positivity, indicating a rate at or above 10.1%. Iowa jumped from the 11th-highest rate in the country to the fifth-highest rate this week.

Credit: IDPH/WOI
The yellow-highlighted counties have test positivity rates above 15%. The counties with a blue dot have between 14-15%. Data as of Nov. 4, 2020.

Iowa has the 13th-highest COVID-19 death rate in the country, according to the report. IDPH reported the highest number of deaths on Oct. 20.

A total of 22 Iowans died that day.

Credit: WOI
Data from the Iowa Department of Public Health on reported deaths from the coronavirus. Data from Oct. 17-30.

The task force says 5% of nursing homes reported at least one new death in that time.

As of 9 a.m. Wednesday, 84 long-term care facilities across the state are experiencing an outbreak with more than 2,500 cases. Deaths linked to these facilities total to 865.

The state's website, however, doesn't report a running total of cases and deaths at these facilities.

Over the last five days, IDPH has reported record hospitalization levels in the state.

The White House report says, on average, 94 confirmed COVID-19 patients were admitted to Iowa's hospitals every day from Oct. 24-30.

An average of 32 suspected COVID-19 patients were admitted to hospitals during that time. The report says more than 95% of Iowa's hospitals reported either a new case or suspected case each day during this period.

RELATED: 'The challenges we are facing are very real and very urgent': Iowa hospitals filling up with COVID patients

The last pages of the entire task force report details the continued increase of cases, hospitalizations and fatalities across the nation. The document at the bottom of this article has Iowa and those final pages.

The maps showing new cases per 100,000 people show the dramatic increase in new cases from July to November. The most recent map shows Iowa highlighted in red.

The task force says these maps "demonstrate the previous impact of comprehensive mitigation efforts when implemented effectively in many areas and that partial or incomplete mitigation leads to prolonged community spread, hospitalizations and increased fatalities."

Gov. Reynolds began loosening restrictions in May, citing the downward trend in cases during the last few weeks of April. The White House says the loosening of these restrictions could be why Iowa is seeing such a dramatic increase of community spread.

As for masks, the task force recommends enforcing all students and teachers in K-12 schools wear them.

The task force also recommends limiting indoor restaurant capacity back down to 50% and restricting hours until cases and test positivity decrease.

Prioritizing the use of Abbot BinaxNOW testing is also encouraged by the White House, especially among health care workers, prison staff, K-12 teachers and first responders.

These tests should also be used to locate asymptomatic patients to stop the source of the spread. The task force recommends testing those younger than 40 years old.

The task force recommends implementing weekly sentinel surveillance among these populations "to provide detailed trend data on where the virus is and direct mitigation efforts."

This is also applicable for Tribal Nations.

The task force recommends providing these areas with Abbot BinexNOW tests to conduct weekly testing among everyone.

While the state doesn't provide zip code data on virus activity, some counties, like Polk, do.

"Behaviors seem to be eroding in university towns with increasing cases and test positivity," the report says.

The task force says Iowa should review testing efforts at universities to make sure all students (on and off campus) are being tested weekly.

The state is encouraged to work with universities to implement weekly testing protocols among universities.

RELATED: Does weather affect the spread of the coronavirus outside?

The task force encourages Iowa officials to increase clear messaging across the board to Iowans, especially since hospitalizations doubled over the last month.