What's behind the growing number of COVID-19 cases in Webster County?

Increased testing is underway at the Fort Dodge Correctional Facility, where there is an outbreak. 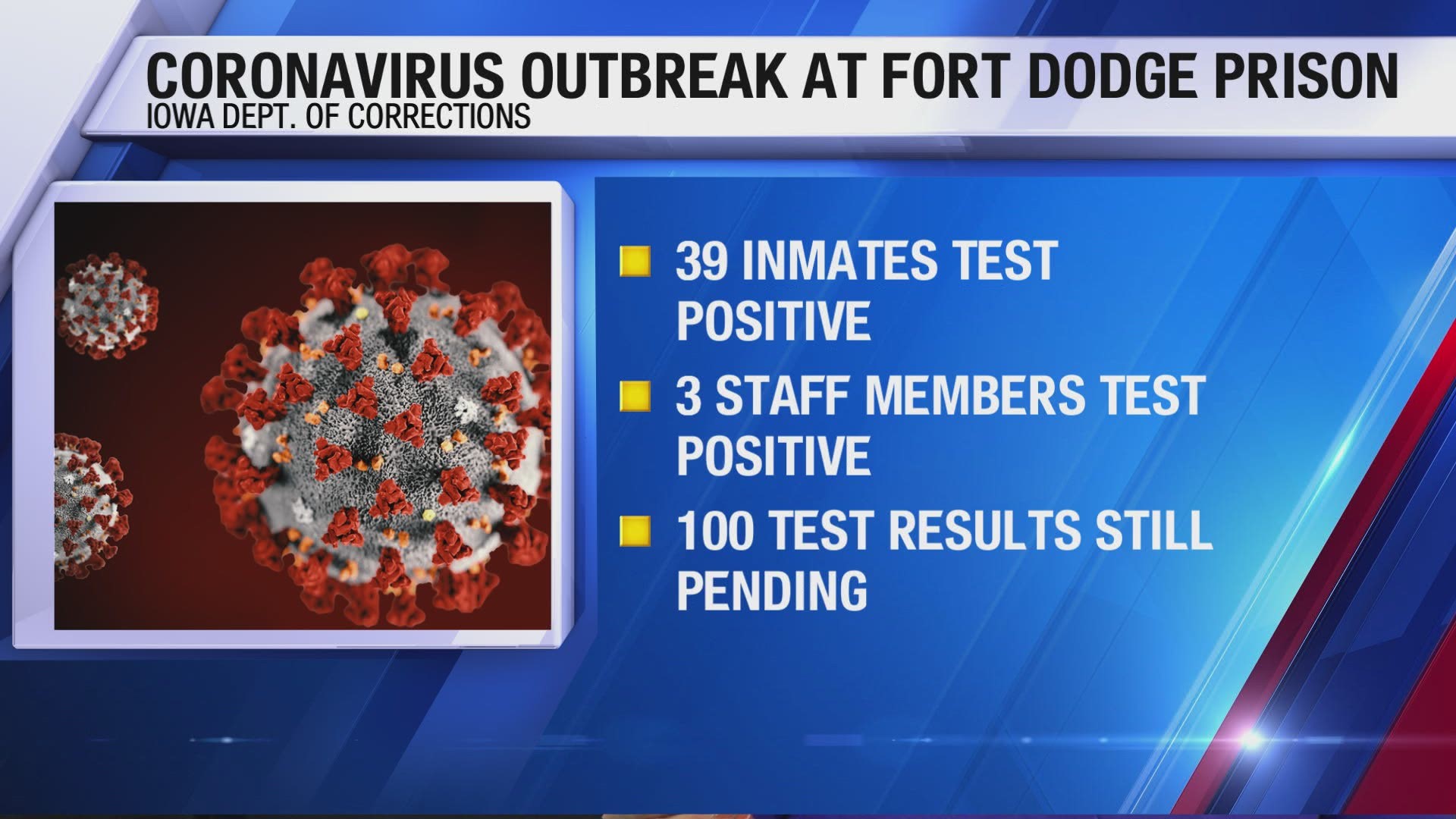 FORT DODGE, Iowa — The Centers for Disease Control and Prevention recommends frequent hand washing, avoiding close contact and staying home if you are sick as main areas of focus for prevention and containment of COVID-19.

At Local 5, we are committed to giving you the facts, not fear about the COVID-19 pandemic.

That includes looking for trends about the virus, specifically Webster County, where an outbreak at the Fort Dodge Correctional Facility (FDCF) has led to rapid growth in cases.

The county health department there has recently sent a "strike team" to test inmates at FDCF following a positive test of an inmate.

On July 2, the DOC began extensive testing at FDCF.

Earlier this month, an inmate who was at FDCF, Ray Vanlengen, died from COVID-19 complications.

As of Sunday morning, the Iowa Department of Corrections reports the total number of positive cases among inmates at FDCF stood at 119, with nine staff also contracting COVID-19.

On July 6, the number of positive inmates was 32.

Representatives from the DOC said they're unsure how coronavirus got within the FDCF.

"We've done our contact tracing, and to the best of our ability it appears that the first-positive inmate likely contracted it from an employee that was presymptomatic at the time," Cord Overton, spokesman for the DOC, said. "However, there is always the possibility it could have entered through more than one vector."

Overton said the intake process, of a facility receiving inmates from another facility, is modified.

"Before sending, inmates are placed in a week-long quarantine, and tested prior to their being sent to another facility," he said.

"Then, upon receiving an inmate from another facility, the inmate that was transferred will stay in a quarantine status for an additional 7 days (total of 14 days of quarantine, 7 at each site) before they're released to the general population."

He added every day an inmate is in quarantine, they're monitored for any symptoms.

Overton said there are no movements in or out of FDCF, in an effort to contain the virus. In addition, transfers to the facility have been much lower than average.

The Webster County Health Department updates the public about COVID-19 in the county twice a week, officials said.

RELATED: Do you know how to contact your public health department?