The world marks one year since COVID-19 was declared a pandemic. Here are some key moments for the U.S. during the struggle. 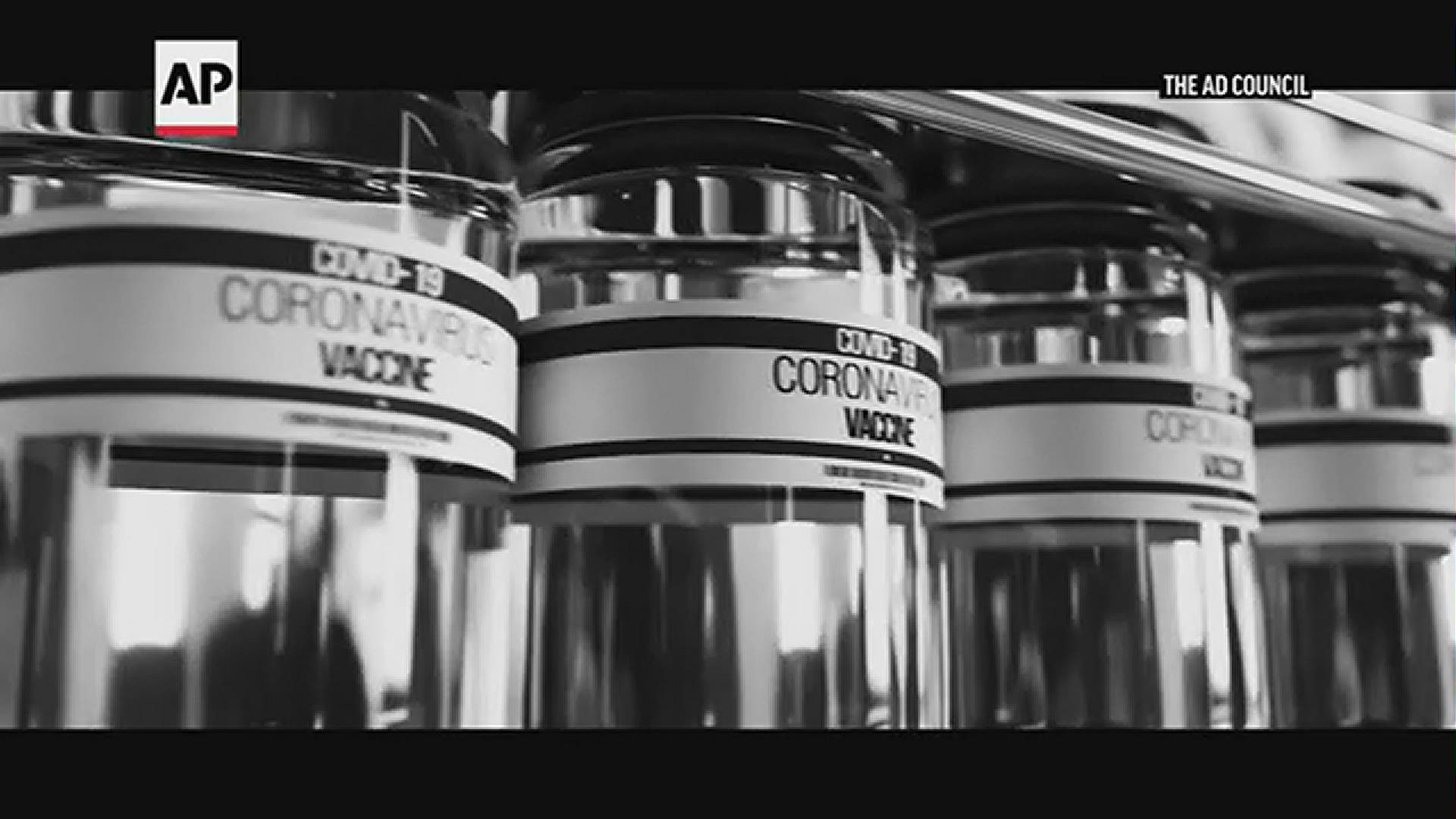 Thursday will mark one year since the World Health Organization officially declared the spread of the novel coronavirus a pandemic.

From unprecedented quarantines and lockdowns to an interruption on the global economy not seen in a lifetime, the COVID-19 pandemic will be a defining moment of this era. There are signs of an end to the struggle as millions of doses of vaccine are being given daily, but there remains concern as variant, more resistant forms of the disease are spreading.

Here is how the struggle with the coronavirus has played out in the past year.

After months of meetings and global attention in the media, the World Health Organization finds enough concrete data to begin characterizing the rapid human to human spread of the novel coronavirus as a pandemic -- a global outbreak. It would become a daily word that many generations hadn't lived with.

On this date, the U.S. had 1,151 confirmed cases of COVID-19, according to Johns Hopkins University. Thirty-three people in the U.S. had died.

At this point, the Centers for Medicare and Medicaid Services had expanded telehealth rules during the pandemic to protect older patients from exposure. Experimental therapeutics such as the University of Minnesota’s clinical trial for hydroxychloroquine had also started. Then on March 17, Trump asks Congress to rush emergency relief checks as part of an economic assistance package to help Americans who found themselves out of work.

The World Health Organization reported that evidence emerged that the novel coronavirus has the ability to transmit between people who show no symptoms, in addition to pre-symptomatic spread and transmission from those showing symptoms. Just two days later, over 1 million cases of COVID-19 were confirmed worldwide.

A dramatic rise in COVID-19 cases hits states in the southern U.S.

Florida and South Carolina both broke single-day records for virus cases in those states while infection levels in Missouri and the western state of Nevada rose to new high levels. At this point, the U.S. had reported more than 30,000 new COVID-19 infections in a single day, which was the highest since May. States across multiple regions were experiencing new highs, the New York Times reported.

Dr. Anthony Fauci, Director of the National Institute of Allergy and Infectious Diseases, warned the country of the quickly rising death toll saying that the U.S. was still "knee-deep in the first wave," as he was quoted in the New York Times. Dr. Fauci noted that at that time the U.S. was seeing more than 50,000 new cases daily several times that week, calling the situation serious and urging the country to address the issue "immediately."

The U.S. sends a notice of withdrawal from the World Health Organization

The U.S. notified the United Nations that it would be requesting to withdrawal from the WHO and, with that, the global body would see its largest source of aid withdrawn as well.

President Trump is seen wearing a mask for the first time

During a visit to Walter Reed National Military Medical Center, Trump is seen wearing a mask after repeatedly being urged by aides to do so. The images were helpful in urging Americans to wear face coverings after research increasingly showed that masks helped slow the spread of the coronavirus.

COVID-19 becomes the third-leading cause of death in the U.S.

As the death toll from the coronavirus in the United States hit 170,434, it became the third-leading cause of death in the country behind heart disease and cancer, the American Journal of Managed Care reported. Days later, convalescent plasma was cleared for use by the Food and Drug Administration as a therapeutic while the drug Remdesivir was questioned for its clinical benefits.

Later in August, the FDA granted an Emergency Use Authorization for Abbott's rapid test for COVID-19.

The first confirmed case of COVID-19 reinfection in the U.S. reported

News surfaces that a 25-year-old male from Nevada was re-infected with COVID-19 in May after having recovered from mild symptoms in April. During the second infection, the man experienced more severe symptoms according to a report published in the Lancet Infectious Disease Journal in October. Researchers said there was enough differences between the two cases that his second bout was not a recurrence of the original infection.

Pfizer and BioNTech were set to recruit 30,000 trial participants for phase 3 vaccine clinical trials but expanded that to 44,000 participants. The expansion would foster a more diverse group including young people and those with hepatitis C, HIV or hepatitis B. The vaccine would be two shots given three weeks apart, but the vaccine would have to be kept at minus 94 degrees Fahrenheit, which caused worry that distribution would become an issue.

A more contagious strain of the novel coronavirus is discovered

Reports that the coronavirus had the ability to mutate had surfaced but now a study at Houston Methodist Hospital found that a more contagious strain of COVID-19 had been discovered.

Into the second wave

As some models showed that the U.S. would hit its second wave of infections by mid-September, according to healthdate.org, new infections were still rising at alarming rates. Johns Hopkins University issued guidance on how to prepare for a spike or a second wave. The precautions held consistent, with experts urging Americans to continue to social distance, wear a mask and wash hands frequently.

Worldwide confirmed deaths from the novel coronavirus surpass 1 million, setting a grim milestone. At this point, cases of COVID-19 have risen higher than that of H.I.V., dysentery, malaria, influenza, cholera and measles, the New York Times reported.

Twenty percent of those deaths were in the U.S. alone as of that date.

Hours after a report indicated that close Trump adviser Hope Hicks had tested positive for COVID-19, it was learned President Trump and First Lady Melania Trump also had he disease.

Trump was said to be experiencing mild symptoms as doctors admitted him into Walter Reed out of "an abundance of caution," White House press secretary Kayleigh McEnany said in a statement.

Trump left Walter Reed in a dramatic return to the White House full of photo ops and with the world's media watching as a crowd of supporters remained gathered in front of the medical center. The president would continue to receive leading treatments, not usually available to the general public, to control his symptoms and to make sure his oxygen levels remained normal, according to his team of doctors.

But concerns about whether he was still infectious ultimately led to the cancellation of his second debate with Democratic Presidential Nominee Joe Biden.

After a September Rose Garden ceremony for then-Supreme Court nominee Amy Coney Barrett, at least 34 confirmed COVID-19 cases were contract traced and found to be connected to that event. As the Washington Post reported, White House staffers were included on that list.

With the results of the expanded phase 3 trial in, and after nearly 44,000 trial participants have completed their participation in the trial, reports surfaced that the vaccines are found to be 95% effective. This would put the vaccine in line with the efficacy levels of those for shingles and measles, the American Journal of Managed Care reported. The next step would be to seek FDA approval immediately so that distribution can begin to take place.

The news comes as scientists and doctors brace for an expected surge due to people traveling to visit loved ones for Thanksgiving.

As the U.S. surpasses 300,000 deaths from COVID-19, the nation's historic vaccination campaign begins

As the feared holiday surge came to fruition (daily cases were around 200,000 and daily deaths around 3,000), the nation watched live on television as some of the first non-trial recipients of the newly approved COVID-19 vaccine from Pfizer received their first doses in the U.S. First responders, including critical care nurses, were the first to be vaccinated.

The U.S. added a second COVID-19 vaccine to its arsenal, boosting efforts to beat back an outbreak so dire that the nation is regularly recording more than 3,000 deaths a day.

Much-needed doses are set to arrive Monday after the FDA authorized an emergency rollout of the vaccine developed by Moderna Inc. and the National Institutes of Health.

As critical care workers and those in high need areas were receiving the vaccine, the rest of the country, including the incarcerated population, waited to be vaccinated. There were hopes on Wall Street and Capitol Hill that the pandemic would be over in 2021 and some possible much needed economic assistance would come out of Washington.

The country entered 2021 having just crossed 20 million confirmed cases and more than 350,000 deaths as it continued to struggle with the the post-Christmas surge and struggles with the initial vaccine rollout.

Joe Biden takes office as the 46th President of the United Sates. The inauguration was drastically muted and restricted, in part, out of fears of a virus that was still thriving during the pandemic but also out of security concerns.

One of the top priorities for the next administration was to get COVID-19 under control, get vaccines out to communities, and get economic help out to Americans to offer much needed monetary help for individuals and businesses. Among the promises -- another round of stimulus checks, extended jobless benefits, money to distribute vaccines, aid to local governments and funds to get schools back open.

The U.S. marked 50 million doses of vaccine given out in Biden's first 37 days in office, well ahead of the goal he set of 100 million vaccinations in 100 days.

As the nation had now experienced over 511,000 deaths from the coronavirus, the news was welcomed as the Biden administration worked with partners to ramp up production.

Biden announced that pharmaceutical rivals Merck and Johnson & Johnson would work around the clock to try and get out enough vaccine doses for every adult in America by the end of May. The ambitious estimate tried to reassure the country that the pandemic could possibly be under some real control by summer in the United States.

Congress was poised to pass Biden's $1.9 trillion American Rescue Plan, sending it to the president for his signature. The cornerstone piece: $1,400 direct payments to most Americans. But just as important -- more money medical supplies, testing and vaccinations to get America past the pandemic.

Travis Pittman contributed to this report.