Hog farmers fear they may have to start euthanizing pigs. 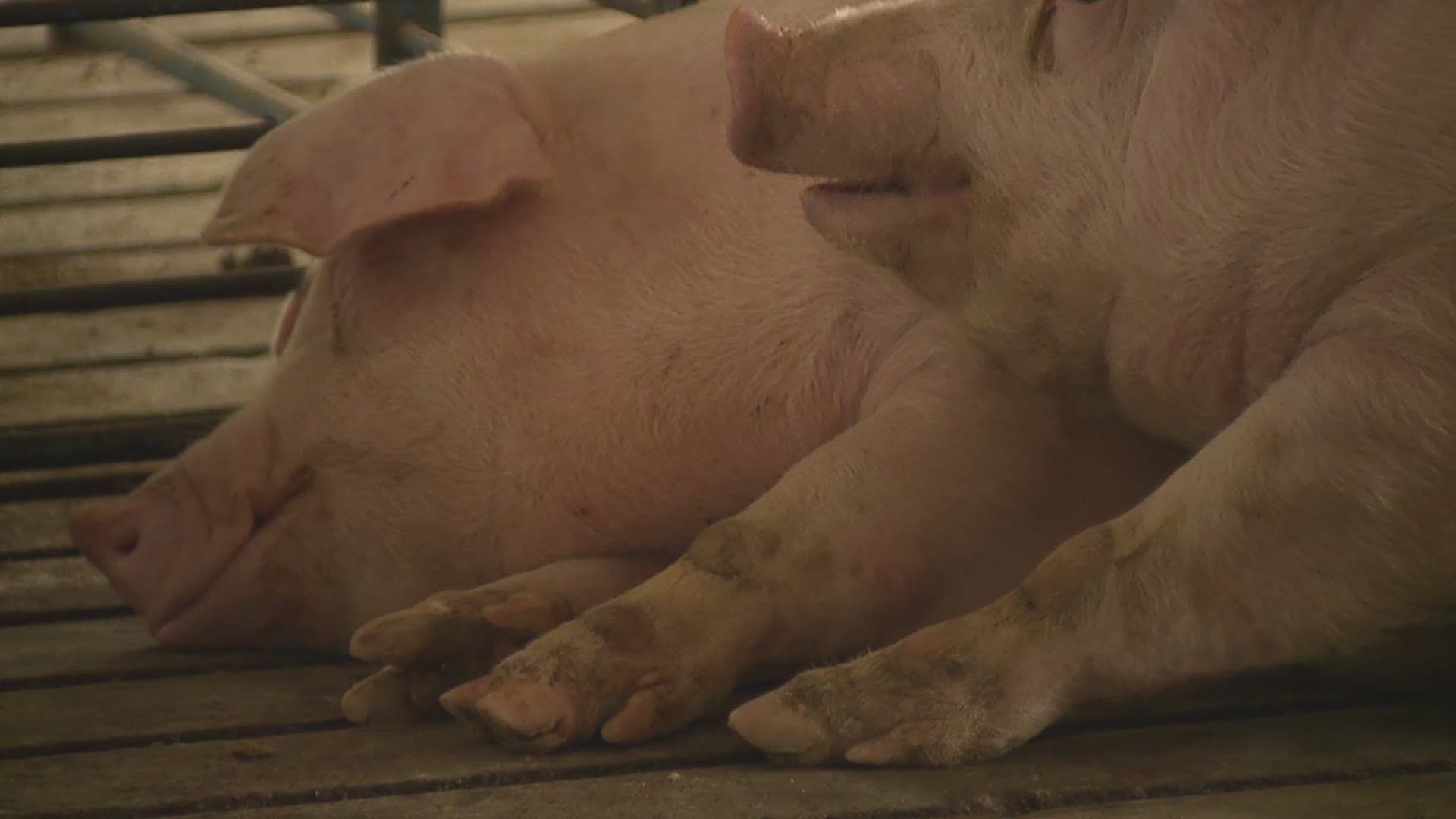 ATALISSA, Iowa — Pork producers across the nation are planning for the worst: the potential euthanization of thousands of hogs they cannot sell. One Iowa farmer says the closure of processing plants is backing up the system, creating a surplus in hogs.

Hog farmer Mike Deahr says he's, "running 40% short on slaughter. We have got no loads this week. Zero, and we sell abut 8.5 loads a week. That means next week we need double the loads and that's just not going to happen."

Mike says he can't afford to keep these pigs any longer.

"To see a pig not be utilized, not the way it was intended, would be a great shame," he said.

So to avoid the unthinkable he took to Facebook, posting that he has butcher-ready pigs for sale at a bargain rate of $50 a head which is 40% cheaper than wholesale price.

From birth to slaughter it's a 50-week cycle but unlike grain there's no off switch for livestock.

Mike's pigs are 180 days old and they weigh over 300-pounds. For processors, they should weigh 280-pounds. Mike is now feeding them a low calorie diet since they should have been sent to market two weeks ago.

The response to Mike's call for help was overwhelming.

"We are currently booked out on hogs till September 10 and beef right now to the first week in February next year," she said.

Every disruption to the supply chain is only exacerbating the already tremendous struggle pork producers are facing.

"Somewhere in this game our flexibility will run out," Mike said.

No pigs on Mike's farm have been euthanized. Pigs that were not sold off were donated to local food pantries.