Police can now fine Iowans for not wearing masks, but will they?

Under a new order, which took effect Tuesday, people two and older are now required to wear masks when inside public places if they are unable to social distance. 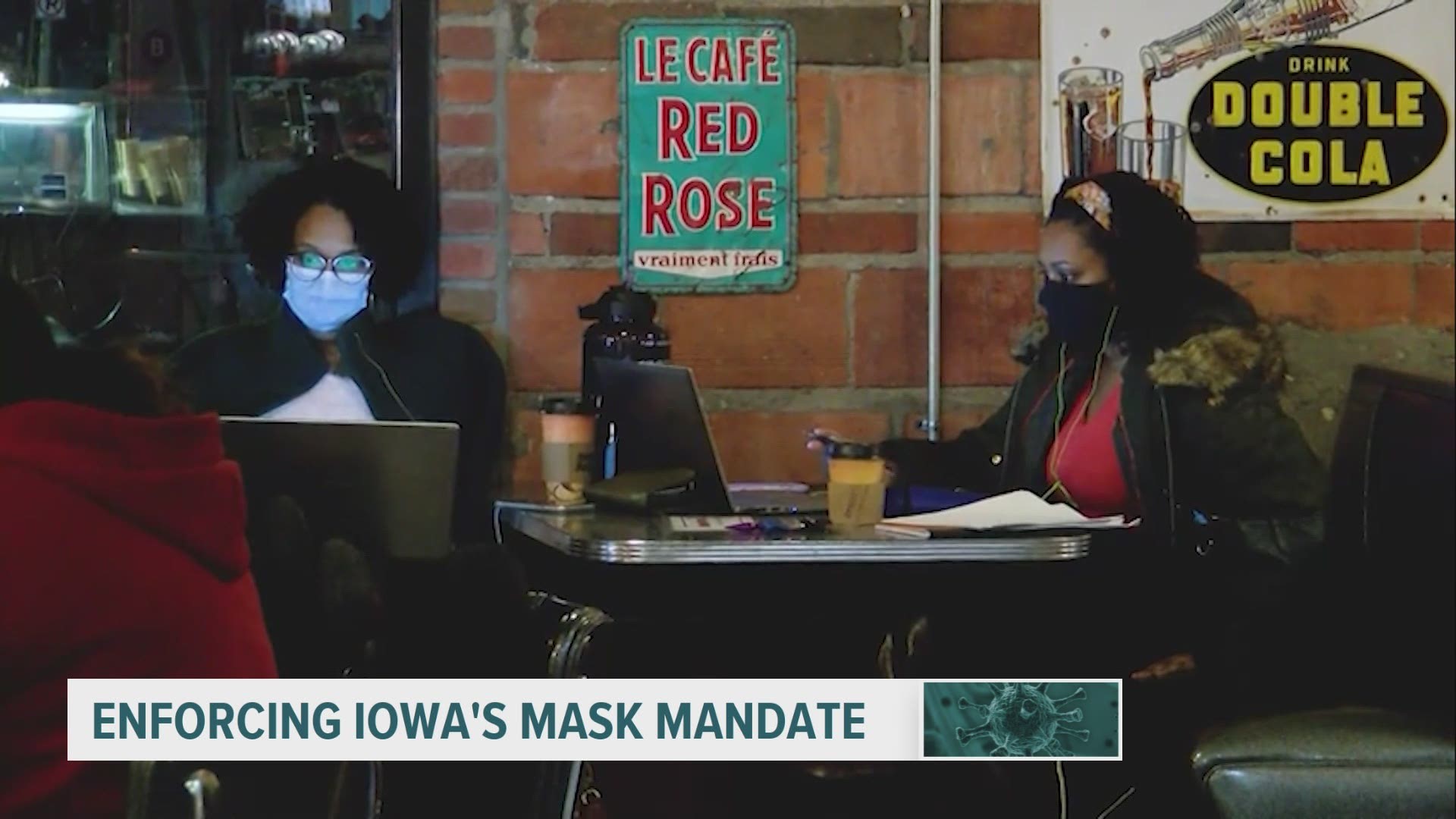 Now, the question is, will you get a ticket if you’re not wearing your mask?

In Ames, they’re focusing on educating the public if they see people not wearing them.

"I can tell you in most of those situations, we're using education before enforcement,” Ames Police Cmdr. Jason Tuttle said. “We want to educate our community on what the expectations are."

Under a new order, which took effect Tuesday, people two and older are now required to wear masks when inside public places if they are unable to social distance.

In Ames, police officers are actually carrying around extra masks to give out to those not wearing them instead of citing them.

They’re also letting business owners know the governor’s new restrictions may require them to change how they operate, specifically bar and restaurant owners.

Since September, Tuttle said Ames PD has gotten 15 complaints about those locations.

"Some complaints we received are some of the bars are opening up their dance floors and allowing people to dance close together,” Tuttle said. “They are not able to distance themselves. They're not always wearing masks. That's concerning to us."

Ames isn’t the only law enforcement agency taking the education route over ticketing.

Tuttle, however, did say if a business continues to receive complaints and are not following the rules, Ames PD may start issuing citations or explore pulling restaurants liquor licenses.