'It's not a mandate, it's an option': Gov. Reynolds defends her decision to reopen the state

Starting Friday, businesses in 77 of Iowa's counties will be reopening their doors. 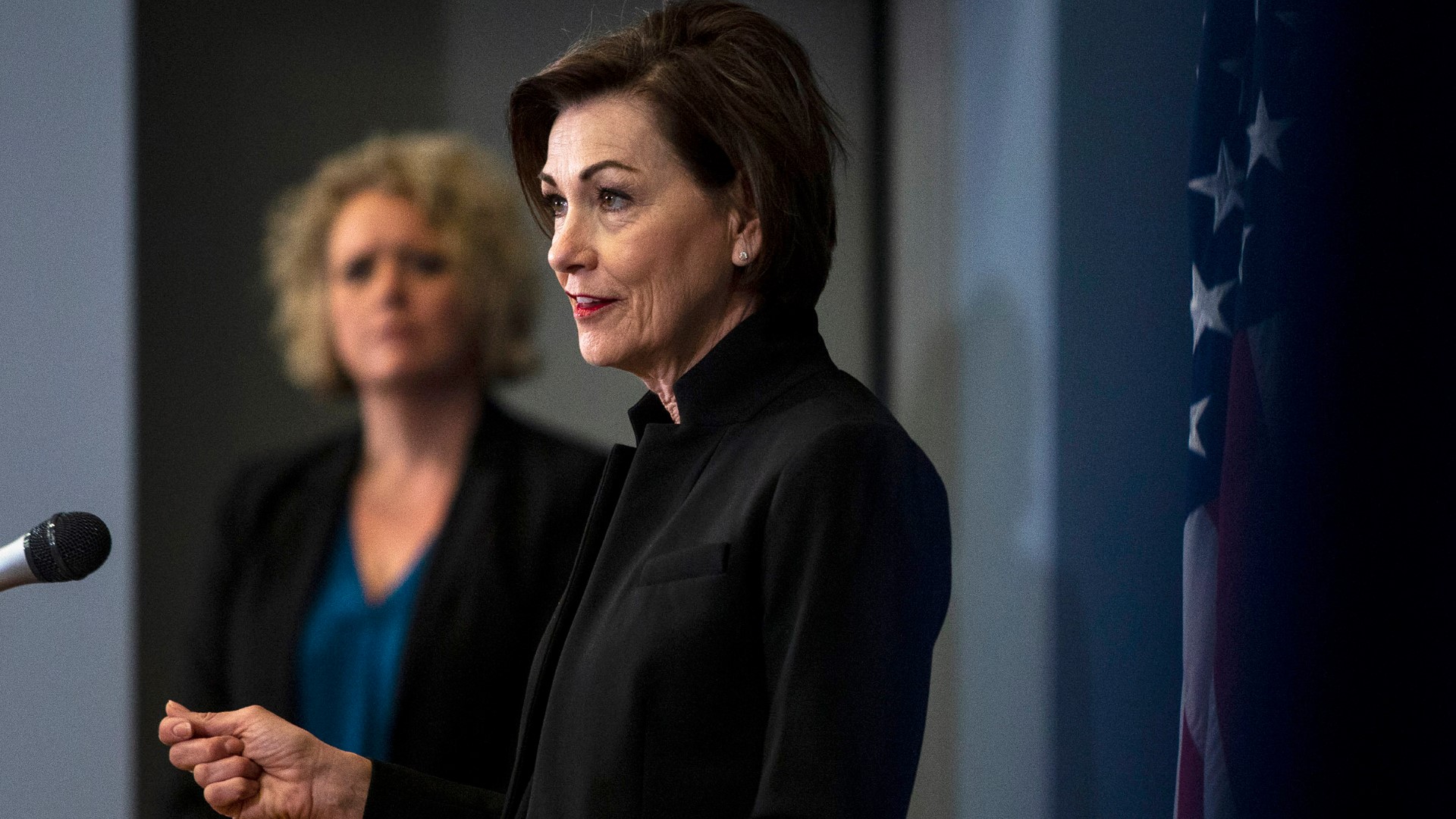 IOWA, USA — Gov. Kim Reynolds and her administration are defending their decision to start reopening the state as May 1 inches closer and closer.

At her daily coronavirus press conference Wednesday, Reynolds praised Iowans who have completed the TestIowa assessment, which was launched just a week ago.

"By completing the assessment, you can help us better understand the virus activity and your community, identify and contain a potential outbreak, early and expand business openings in safe and responsible ways," Reynolds said. "And I'm so proud to say that Iowans have responded to our call of action."

Since its launch, 442,000 have visited the TestIowa website and 229,000 Iowans have completed the assessment.

The top five counties with the most completed assessments are Polk, Linn, Black Hawk, Johnson and Dallas.

Here's a further breakdown of who took the assessment:

Reynolds said around 1,800 Iowans 85 years and older have completed the assessment.

She also announced that two more test sites will be opening in Woodbury and Scott counties next week.

The state will also be expanding testing capabilities for essential workers, according to Reynolds.

"Strike teams are now conducting surveillance testing using both diagnostic and serology tests for employees who work in long term care facilities and in areas that widespread with widespread virus activity," she said.

The state is prioritizing testing for long-term care workers and residents by sending more tests to their facilities.

Even though Reynolds' administration is ramping up testing efforts, concerns continue to surround her about reopening parts of the state on Friday.

A model released by the University of Iowa says that extending existing mitigation efforts for another two weeks could prevent a second wave of infections.

"So, that's a snapshot in time," Reynolds said Wednesday.

She said that she appreciates the effort the university put into it, but reiterated that Iowans have already flattened the curve enough to reopen parts of the state.

"There's a wide range of outcomes and recommendations. And so we are able with the additional testing capacity, with the mitigation efforts that we put in place, and the way that Iowans responded, we were able to flatten the curve," Reynolds said. "We were able to mitigate the impact on our healthcare resources as well as not overwhelming our health care facilities."

Sarah Reisetter with the Iowa Department of Public Health said "a model is a model."

"It's a forecast, it's an estimate of what we might see," Reisetter explained.

"As the governor has started to open things up and a few counties, you'll notice that social distancing, and a lot of the guidance that we've already provided, they're part of that reopening."

Guidance from the IDPH will be provided as the state continues to reopen.

When asked if she would be attending an in-person church service or farmers' market this weekend, Gov. Kim Reynolds said that she doesn't know for sure yet.

Reynolds said that her church services are still online, so that's "probably what we'll continue to do."

Reynolds then praised the Des Moines Downtown Farmers' Market for moving their events online for the first few weeks of the season.

"We can do this, we just have to do it together," Reynolds said.

To date, there are 880 soldiers and airmen on duty "supporting a variety of missions" across the state.

150 soldiers and airmen will be provided to the IDPH with call centers for COVID-19 mapping across the state. They will be sent to Sioux City, Cedar Rapids and Camp Dodge.

The other mission will provide manpower and distribution support to regional food banks across the state to ensure all Iowans have access to food. 25 National Guard members will be sent to help unload trucks, sort food into carts and assist with boxing, sorting and distribution of food.

"We are Iowans helping Iowans, neighbors helping neighbors. We are your National Guard, we're honored to support the people of Iowa during this challenging time," Corell said.