The Urbandale school is the first in the district to begin its school year on Thursday. 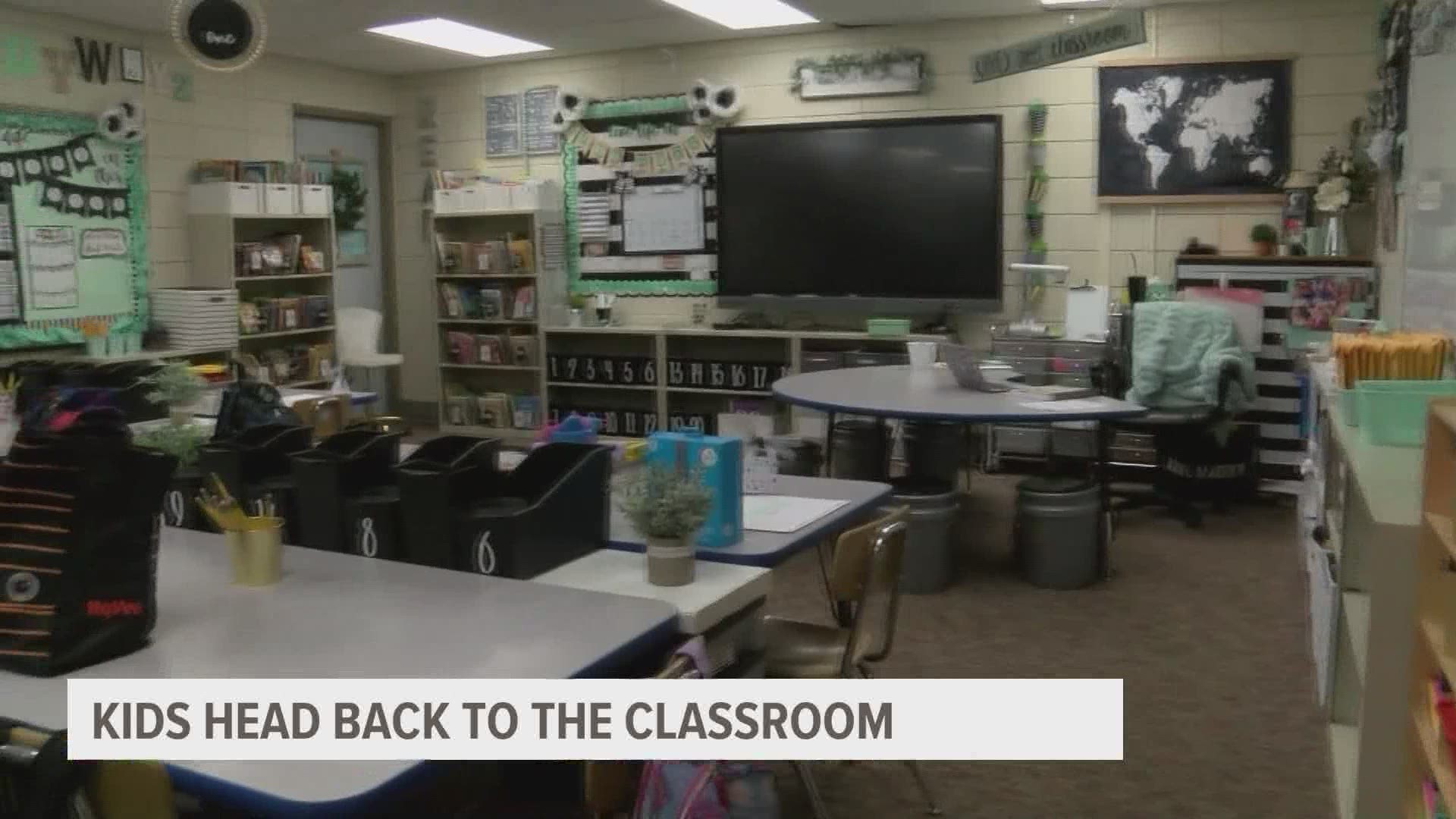 URBANDALE, Iowa — Rolling Green Elementary in Urbandale was quiet on Wednesday, but on Thursday, kids will be back.

"We're really excited to head into the school year," said Jen Schwartz, the mother of two students at the school.

Schwartz said she is ready for a bit of normalcy this year.

"We really appreciate, too, last year, Urbandale did a great job of pivoting if anything changed," she said.

Last year, the school started entirely online due to the pandemic. This year, classes are in person.

"If we had to pivot to that for an outbreak, we could do it, but we're hoping we won't have to do that this year," said Dania Wilson, principal of Rolling Green Elementary.

"We want to keep all of those mitigation strategies from last year that we can," said Wilson. "We also want this to be a year where students don't have to worry quite so much about those things"

Mask won't be required after lawmakers passed a law that couldn't force kids to wear them leaving the decision to parents. Plus, elementary school-aged kids, aren't approved for the vaccine.

Doctor Sarah Jackson, a pediatrician at MercyOne in Waukee says another strategy will be key.

Despite the worries many parents may feel, Schwartz trusts the school is doing all it can.

"I am nervous since our children aren't able to be vaccinated yet. And just knowing to some of the news of the Delta variant being on the rise, it does make me a little bit nervous."