Some vendors hopeful Minnesota State Fair will go on 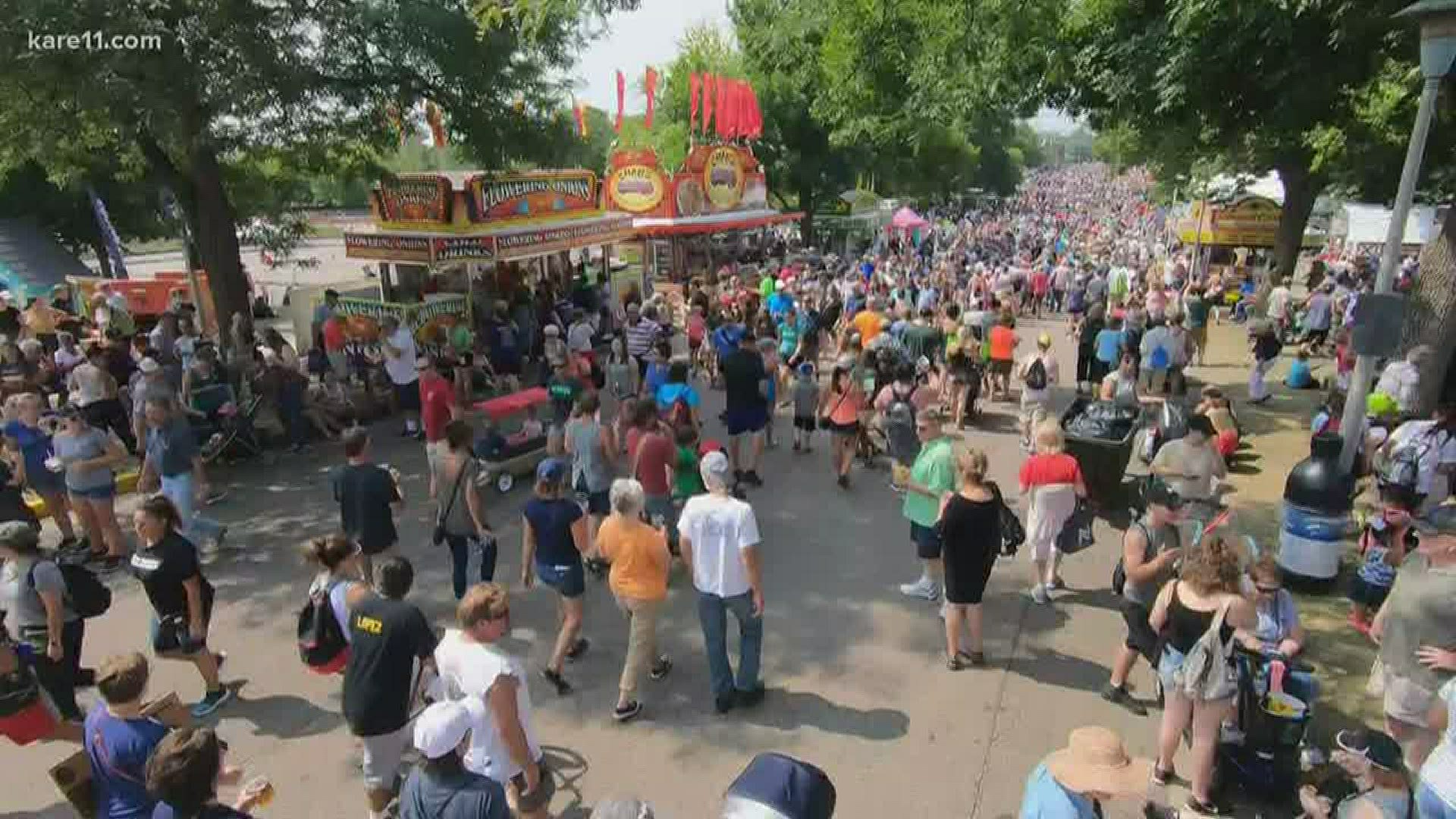 Known as the Great Minnesota Get Together, Minnesotans say the State Fair is about traditions, eating lots of unique foods and time with family.

However, those traditions are in jeopardy of being cancelled. Minnesota State Fair leaders are discussing the Fair’s future as the number of confirmed COVID-19 cases continues to climb. The state’s peak of confirmed cases is not expected until late July or early August.

"If it doesn’t happen, that’s OK because people will be safer for it," said Fair goer Leanne Danielson Mear.

That’s not OK, though, for some of the Fair’s vendors like Stephanie Olson and her husband, owners of Blue Moon Dine-in Theater.

They’ve been a staple at the State Fair for more than 30 years, and say a big part of their family’s income relies on it.

"The state of Minnesota, the Minnesota State Fair, and all its vendors can come up with a plan that works," said Olson.

Olson says if safety is the only issue here, then it should be left to individual preference.

"If you’re concerned, you know, that you’re not going to be safe then you probably shouldn’t come to the state fair," said Olson.

For Hayden, it’s a matter of weighing all the upfront costs associated with preparation.

"We have to have 15,000 pies ready and typically we would’ve started two months ago," said Hayden.

While we all wait to learn the Fair’s fate, these vendors will remain hopeful that some way, some how, we’ll all get together again.

"We’re Minnesotans, we will carry on," said Olson.

State Fair leaders will discuss the future of the Fair on Friday.

MORE NEWS: What employers should know about their employees' COVID concerns