The CDC now says that the UK variant accounts for 26 percent of COVID-19 cases in the U.S. 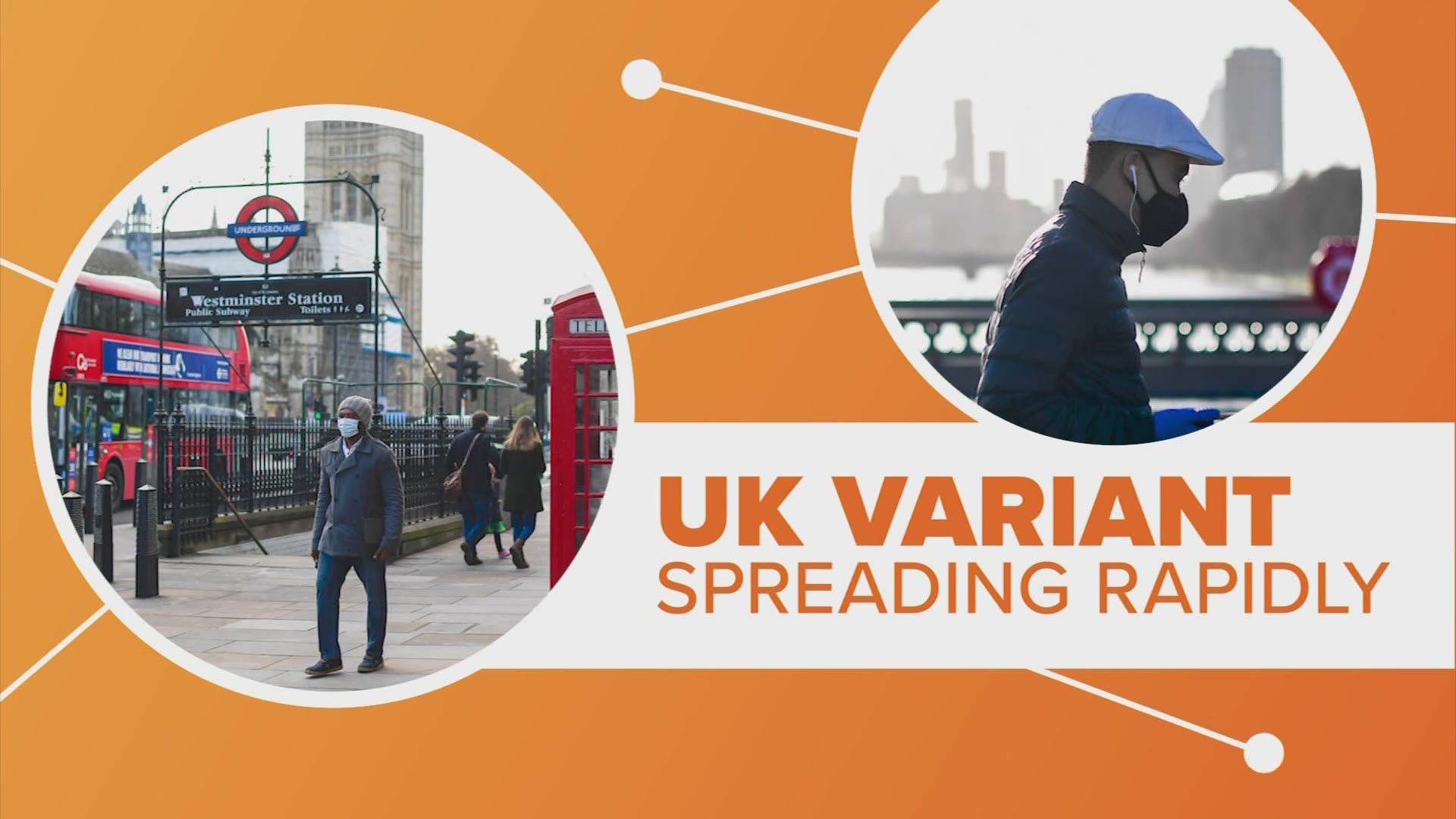 It is now looking like the UK variant of COVID-19 is the predominant strain in many parts of the U.S., so what does that mean?

The Centers for Disease Control and Prevention now says that the UK variant accounts for 26 percent of COVID-19 cases in the U.S. The variant, which was first discovered in the United Kingdom in September, did not appear in the U.S. until the very end of December. Now it is the predominant strain in at least five regions -- with Florida having the most confirmed cases.

This new data is not exactly shocking for health officials. The UK variant is believed to be much more contagious than the original virus with some estimating it is 50 to 90 percent more transmissible.

Now research in the British Medical Journal has found the UK variant comes with a greater risk of death. Something researchers had suspected but were waiting on the data.

Now U.S. health officials are in a race between vaccines and this variant.

If we can get herd immunity against coronavirus it can slow the spread of the UK variant, even if it is more contagious and potentially more deadly.

Some experts are now predicting that could happen by summertime.