A scientific study at the University of Missouri School of Medicine looks at the correlation between the seasonal flu shots and coronavirus symptoms in children. 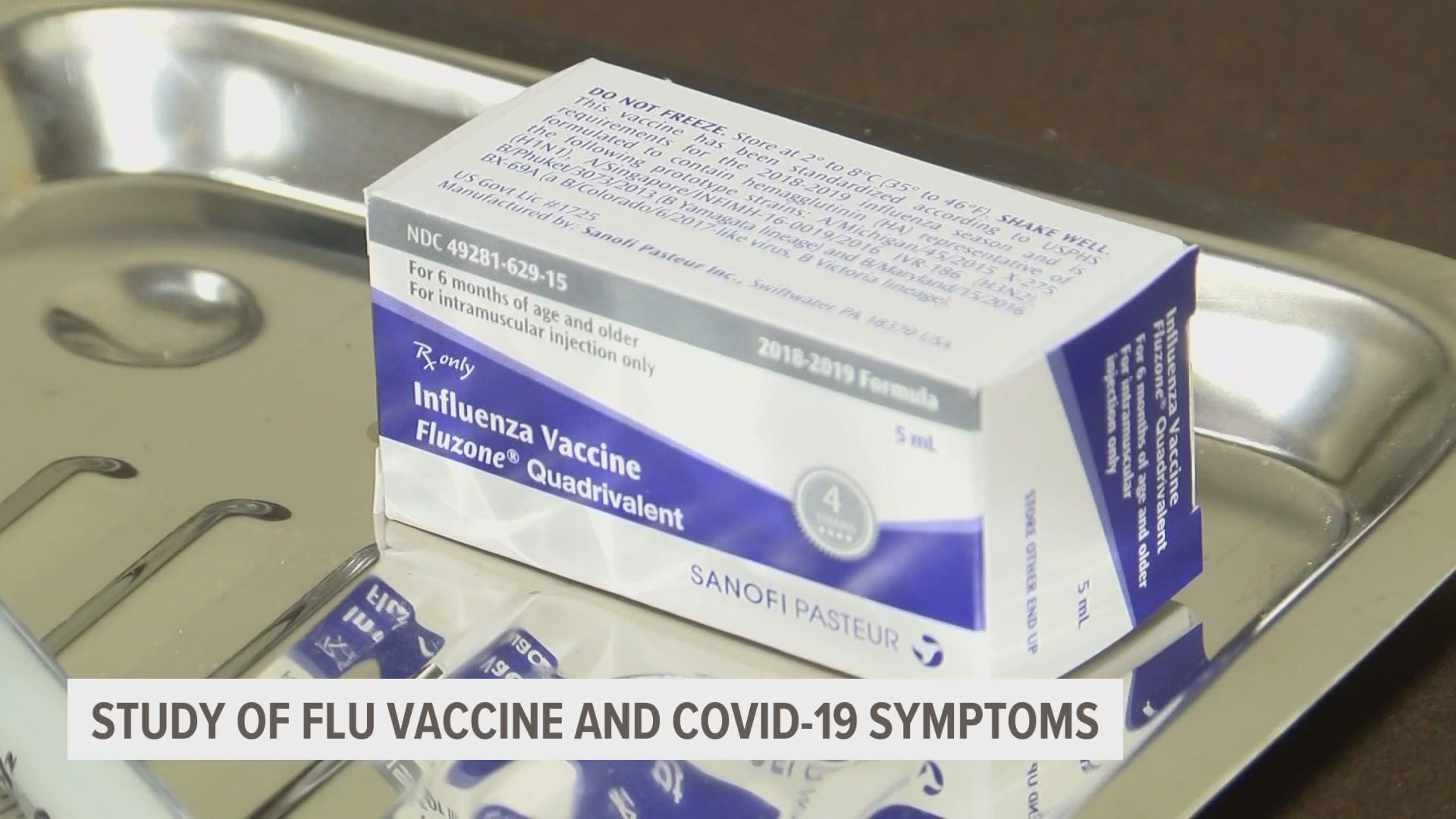 WEST DES MOINES, Iowa — So much is still unknown about the evolving coronavirus, but a study from the University of Missouri School of Medicine is looking into the impacts of the flu vaccine on children who have had COVID-19.

According to the Centers for Disease Control and Prevention (CDC), flu activity this season has been lower than usual. And it could be because of the mitigation efforts to stop COVID's spread.

Even though people are practicing safer measures, the CDC still recommends getting a flu shot.

"We've definitely seen an increase in people wanting to get that flu shot," Kuehner said.

As part of a scientific study, Dr. Anjali Patwardhan with the University of Missouri School of Medicine reviewed 905 patient charts for people 20 years old and younger who were diagnosed with the virus.

She noticed those diagnosed with the coronavirus but who received the flu shot before they were sick did not have as many symptoms.

"[They] did better generally," Patwardhan said. "The odds of having severe diseases or odds of having an asymptomatic disease was less in children who had a flu vaccination."

The reason those patients did not have as many symptoms might be because of a case called virus interference, according to Patwardhan. This is when a cell infected by a virus becomes resistant to a second infection coming from another virus.

Patwardhan also said doing research on the pediatric population is critical because they play a large role in transmitting the disease.

"Medically, we need to figure out why are some people are getting sicker than other people," Kuehner, who reviewed the study, said. "Is it because people have been getting immunizations? COVID seems to be hitting like our minority populations worse, is it because they have lower vaccination rates against other things."

Since it is just a study, it's important to know getting a flu vaccine to fight against the coronavirus has not been advised by the CDC.

But according to the CDC, the flu vaccine has been shown to reduce the risk of flu-like illness, hospitalization and death.