The "Community Immunity Card" allows Iowans who received their second dose at one of three participating pharmacies to get discounts at 16 Beaverdale stores. 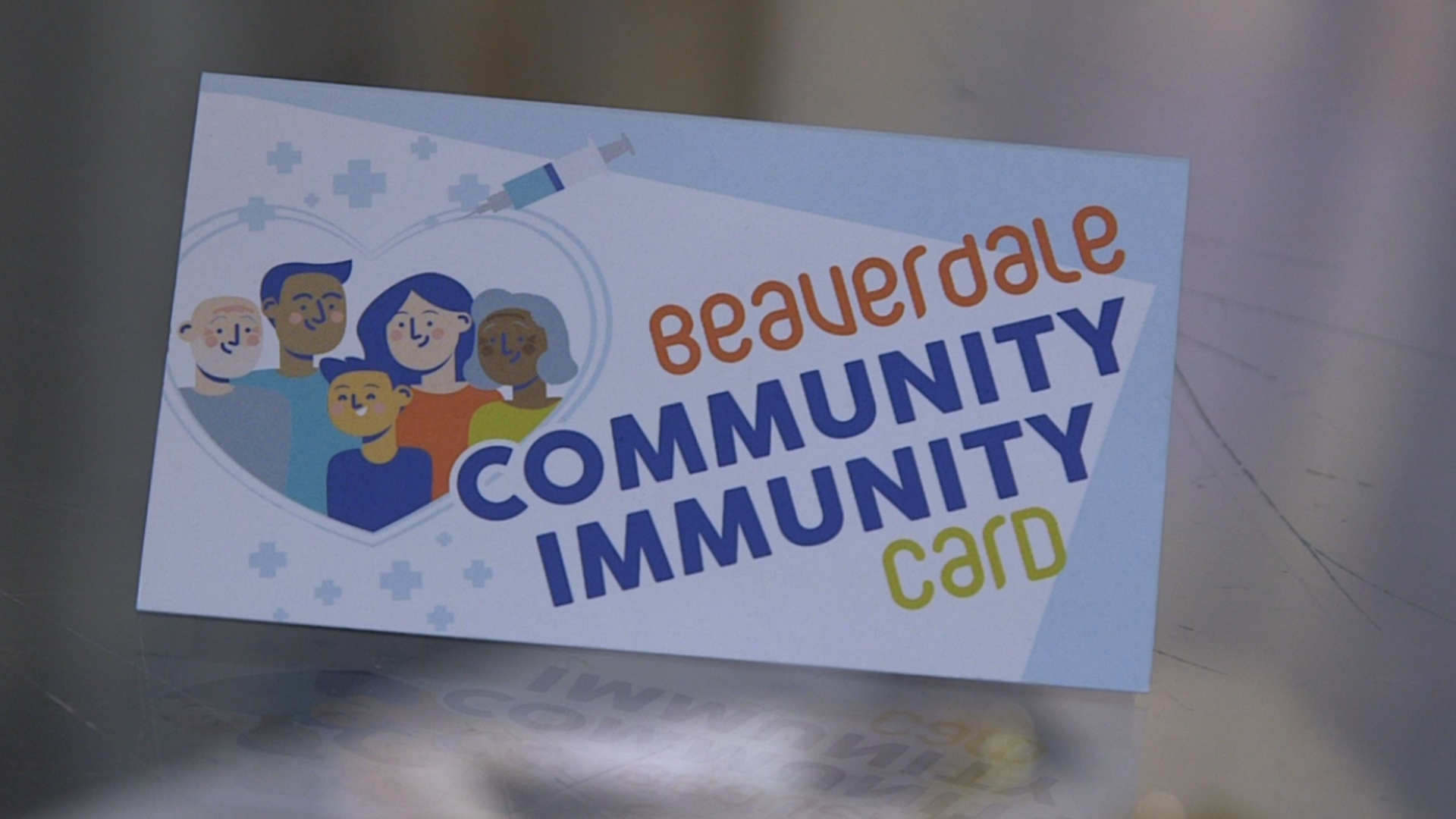 DES MOINES, Iowa — Business is bouncing back at retailers in the Beaverdale neighborhood. The past year was tough for business owners across the country, and right here in central Iowa.

"The outdoor side [of our business] was pretty good since all anybody could do was play outside," said Cox-Kozel. "But travel obviously not so great, and the boutique side with no events, no occasions, nowhere really to go out."

That started to change, thanks in big part to the vaccine and loyal customers. But after seeing the push to vaccinate slow down, Cox-Kozel decided to come up with a local incentive.

The "Beaverdale Community Immunity Card" is a punchcard that offers discounts or free items at 16 businesses in the Beaverdale neighborhood.

To get one, Iowans will have to receive the second dose of their vaccine at one of three participating locations: the Medicap Pharmacy on Urbandale and Beaver, the Walgreens on Douglas and Beaver, and the Price Chopper on Franklin and Beaver.

"The idea was pretty much to rally the business community here in Beaverdale and see what we could do to incentivize vaccination," said Cox-Kozel.

"The main reward is being effectively immune from COVID. So we’re just throwing out some ancillary benefits." Jay Cox-Kozel organized a punchcard for people who get the shot at one of 3 pharmacies in Beaverdale. Cardholders can get rewards at 16 participating businesses. pic.twitter.com/WUV7rloEB9

Cox-Kozel said he modeled the program off of other vaccine "success stories," like the Ohio Lottery's Vax-a-Million incentive.

Tom Coleman, the owner of Beaverdale Confections, decided to offer a gourmet chocolate bar as an incentive. He doesn't know how many Iowans the incentive will convince but hopes if at least a few people can jump on board, we can inch back to normal.

Cox-Kozel says no one has taken advantage of the punchcard yet, to his knowledge. But since it started a week ago, he expects a few people to take advantage of it soon.

"The main reward is being effectively immune from COVID. So we’re just throwing out some ancillary benefits."

Tuesday, the Polk County Board of Supervisors will be discussing and voting on details of a vaccination incentive campaign in their board meeting at 9:30 a.m. Local 5 will be there and provide details about the county-wide incentive program afterward.

For the Beaverdale Community Immunity Card, you don't have to live in Beaverdale; you just need to have received your final dose of the vaccine at one of three participating pharmacies: Medicap Pharmacy (2804 Beaver Ave.), Price Chopper (1819 Beaver Ave.), Walgreens (4415 Douglas Ave.).