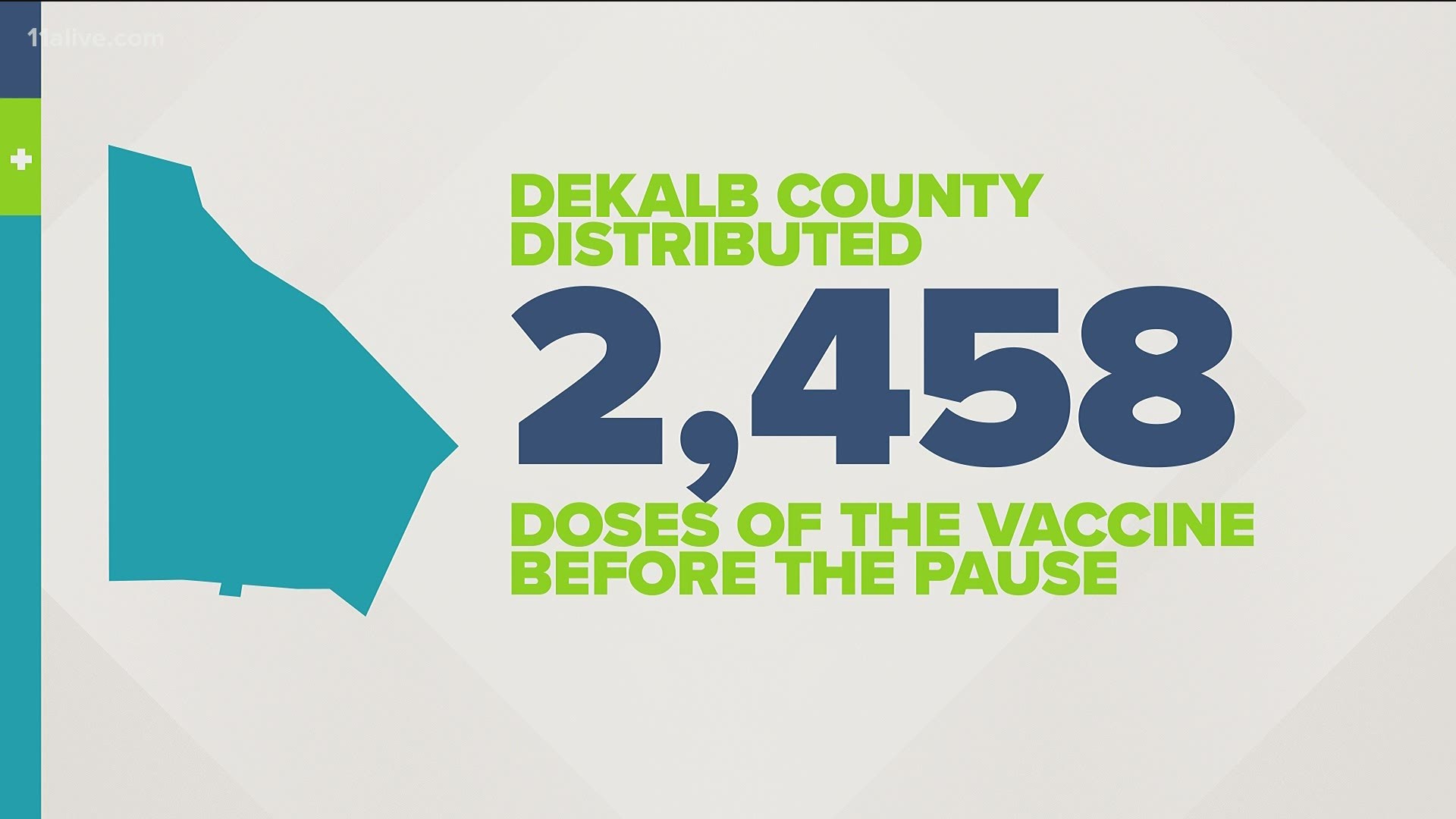 DEKALB COUNTY, Ga. — U.S. health advisers said they will be looking for more data before they decide on the next steps for the Johnson & Johnson COVID-19 vaccine.

Health officials decided to pause the shots following reports a small group of people who developed blood clots after getting it. That announcement came Tuesday morning, giving the DeKalb County Board of Health just enough time to pivot to different vaccines.

"The Johnson & Johnson news yesterday was a bit of a surprise for everyone involved here at the Board of Health," said spokesperson Eric Nickens.

Nickens said DeKalb County had two sites lined up and ready to go to administer the one dose shot: Doraville and Stonecrest.

"We were able to make the switch from J&J to Pfizer, which also involved some other moving parts as well as notifying those who had scheduled appointments that we will be giving his Pfizer instead of Johnson & Johnson," said Nickens.

They also had to quickly reach out to their mobile vaccination teams to give them the Moderna shots to administer.

"The vaccine had not arrived to those strike teams yet, so we were able to make that switch out before the days vaccinations occurred,” said Nickens.

And while some were disappointed to lose the one and done shot option, the county said once it explained the reason, most were fine with the switch and an additional appointment.

"We had to go in and program a second dose opportunity for those who received the first dose so they could get the second dose,"  said Nickens.

There have been no reports in Georgia of anyone developing blood clots.

Before the U.S. Food and Drug Administration and Centers for Disease Control and Prevention called for the pause, DeKalb County said it had already distributed 2,458 doses of the Johnson & Johnson vaccine. Nickens said they don't know of any bad reactions.

For now, the county Board of Health said it will keep their appointments using Pfizer and Moderna, but they're holding onto the Johnson & Johnson vaccines until they know more.

"Right now those are being held in refrigeration storage until we receive further direction on what we should do with those," said Nickens.