How will Biden's vaccine mandate be enforced in Iowa? An attorney explains

Litigator Gary Dickey, of Des Moines, breaks down the President's sweeping executive order that aims to get more Americans vaccinated. 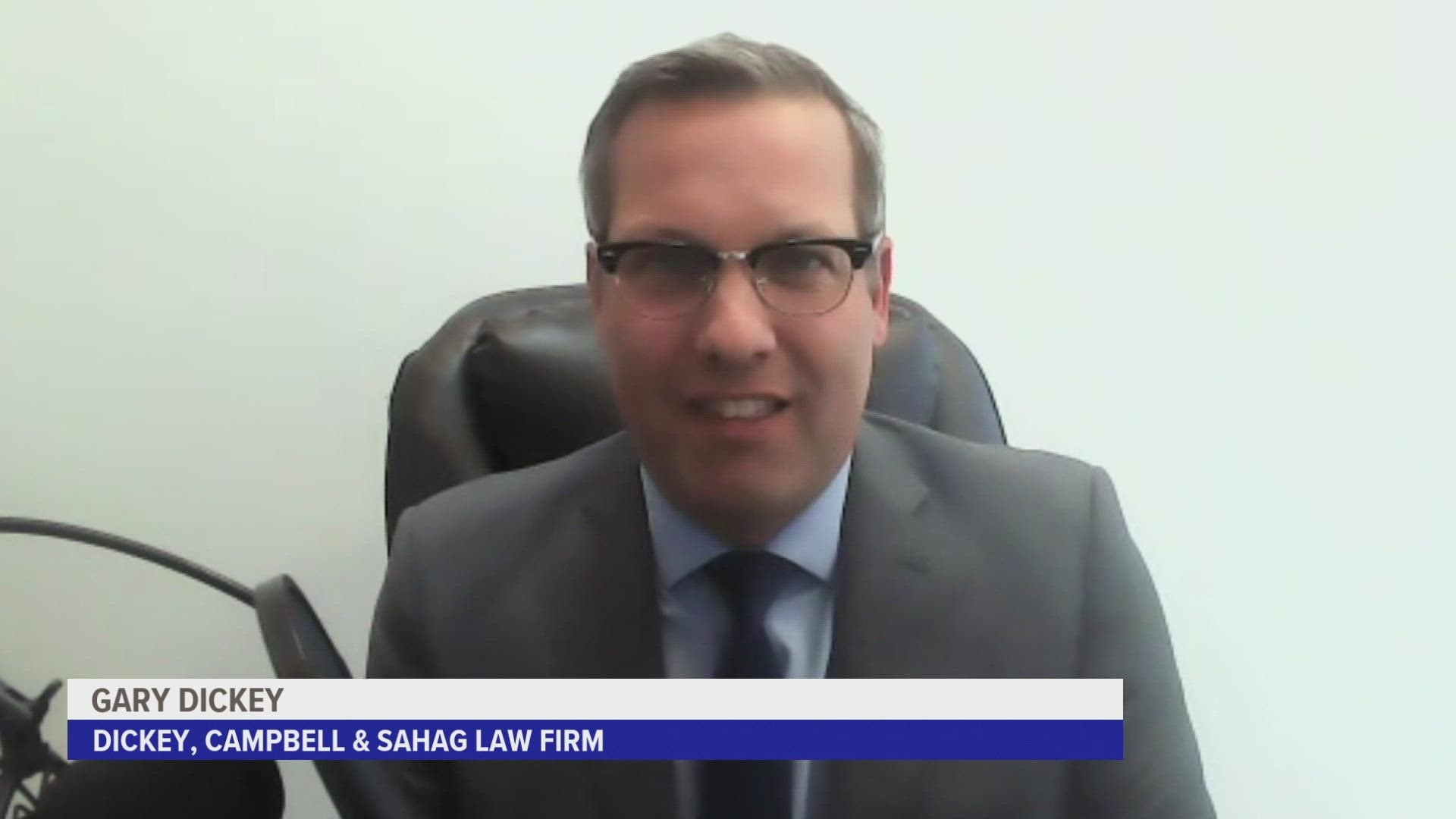 DES MOINES, Iowa — Thursday afternoon, President Biden announced a sweeping executive order in order to encourage as many as 100 million people to take the vaccine.

The rules mandate that all employers with more than 100 workers will need to require their employees get vaccinated or test for the virus weekly. In addition, all government workers and employees at health facilities that receive federal Medicare or Medicaid funding will also need to be fully vaccinated.

So, how can Biden issue a mandate that covers not only government workers and federally-funded health clinics, but employees at private companies? Des Moines attorney Gary Dickey explains that the President has jurisdiction over all of these groups in different ways.

Dickey formerly served as general council and policy director for Iowa Governor Tom Vilsack and has an understanding of the routes Biden is pursuing to reach as many people as he legally can.

"[Biden is] trying to find all of the areas of federal regulation where he has the authority to impose this type of vaccination mandate," Dickey said.

"Being the chief executive officer of the federal government, [Biden] can impose a requirement on federal employees," said Dickey. "For hospitals that receive Medicare and Medicaid funds, they can make receipt of those funds condition upon having your employees vaccinated."

As for large employers, Dickey says even if they're private companies, those that employ more than 100 people are federally regulated by the Occupational Health & Safety Administration (OSHA).

"For businesses and industries that fall within the regulation of OSHA, he has directed OSHA to impose a vaccination requirement as a safety rule for those industries," Dickey said.

"[Biden is] trying to find all of the areas of federal regulation where he has the authority to impose this type of vaccination mandate." @gdickeyjr pic.twitter.com/e2JXOzyErI

Dickey says there's no way of knowing exactly how this will all play out until there are more details released from Biden's office and the US Department of Labor and the language is released to the public, but he anticipates there will be ways for people to still opt out of the vaccine.

"I would anticipate that you would see language that would include a religious exemption, for example," he said. "There may be an exemption, I would expect, for individuals with health conditions for which the vaccination poses a credible, known hazard. And then I would suspect that there is some immunity provision that would be in there for employers that are following this executive order. There is probably some provision that gives them a shield from liability for following the law."

Large Iowa employers like Vermeer Corporation out of Pella now await more federal guidance for the next steps of implementation. Vermeer, which employs a little more than 3,800 globally, hosted several large vaccination clinics earlier this year.

"We’ve spent a lot of time understanding trends, information, CDC recommendations, etc. and remained agile throughout. This is no different," Sporrer said, in an email. "We’ve been committed to doing what we can to take care of those around us and we’ll continue."

Vermeer said they have not asked the vaccination status of their employees thus far, but they're continuing to make vaccines as accessible as possible to employees.

"We know, after asking associates to provide their vaccination status, that the vaccination rate of our associates who work in the office exceeds rates within the community," said spokesperson Joe Case in an email. "We have made great efforts to educate our workforce about COVID-19 and vaccines and we believe those efforts have had a positive influence."

A spokesperson for MercyOne shared the following statement: "As caregivers, it is our responsibility to take every step available to us to stop the spread and protect those around us. We look forward to doing our part to help save lives."

"I appreciate it's going to be a controversial proposal for a country that really values individual liberty," Dr. VanGundy told Local 5's Eva Andersen Thursday. "That's not lost on me, and I think that's one of the difficulties anytime we try and get Americans to move everybody in one direction."

He continued, "But the truth is, his efforts are probably going to save lives."

Of course, not everyone is happy with Biden's decision. That includes Iowa Governor Kim Reynolds, who tweeted, in part, "Biden's plan will only worsen our workforce shortage and further limit our economic recovery."

Biden’s plan will only worsen our workforce shortage and further limit our economic recovery. (2/3)