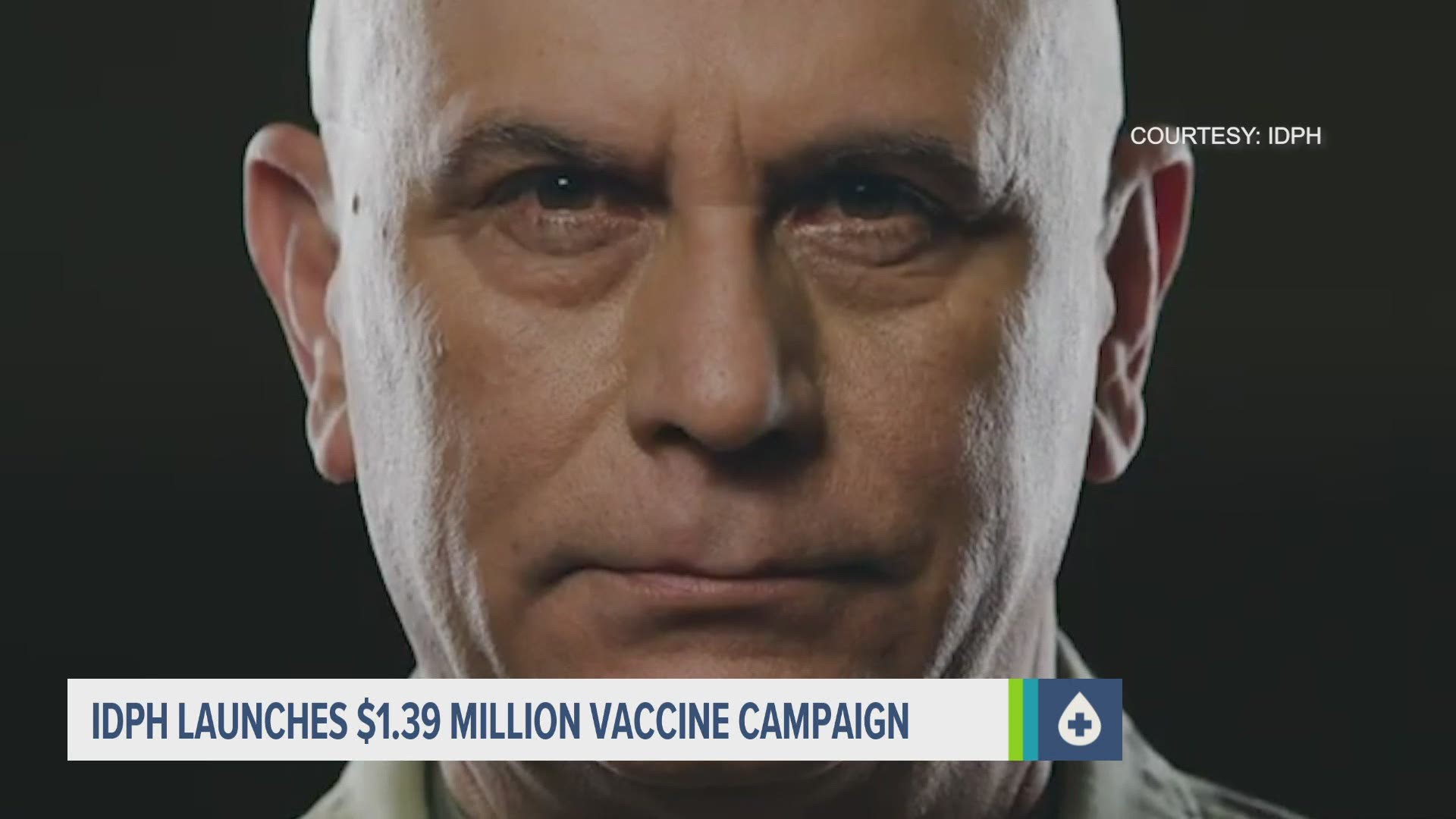 DES MOINES, Iowa — Several weeks after vaccines became available to the general public in Iowa, the Iowa Department of Public Health has launched a campaign encouraging Iowans to get the vaccine.

The $1.39 million media campaign features ads on television, social media, radio, print, and billboards. A spokesperson for the Department said it was paid for by supplemental funding from the CDC to the IDPH Immunization program.

One video features the Adjutant General of the Iowa National Guard, Major General Ben Corell, who was hospitalized with COVID-19.

"I've been deployed overseas six times, with mutiple combat tours," Corell says in the ad. "I've had a bounty placed on my head by insurgent forces. I haven't been in a hospital since the day I was born. Only one thing has been able to take me down: COVID."

Associate professor of psychology at Iowa State University, Dr. Alison Phillips, believes this ad will appeal to Iowans who typically against vaccines.

"He is an authority figure of the groups that would tend to be anti-vaxxers," Phillips said. "It’s coming from somebody with whom the target audience would identify. He’s like me, if he thinks this, then I should reevaluate what I think."

However she feels those with strong beliefs against vaccines may not be swayed by another ad, which features people doing activities in pre-COVID settings such as large concerts and public pools.

She said the ad may appeal to Iowans who have just been on the fence.

"I think it could work on a majority of people who have just been putting it off," adding that the advertisement shows what's called a 'positive frame.'

"If you do this behavior, good things will happen"

However, not all public health officials are convinced the ads will work.

Shelley Bickel, public health administrator of Wayne County, believes everyone who wants the vaccine has already gotten it.

"I don’t think it’s gonna make a difference here at all," said Bickel. "Probably, to me, [it's] a waste of money."

Bickel ran several mass vaccination clinics in Wayne County in April and May, but she says interest petered out pretty quickly.

"I would say we did half of people from Wayne County and half outside of Wayne county," said Bickel. "They came from all over the state [and] different states."

She says it's a good week nowadays if her office vaccinates ten people.

"I think we’re not gonna see anything until maybe it is FDA approved and who knows," she said. "We’re in a very conservative area where no one wants to be told what to do."