If there is enough supply, Iowa doctors are hopeful we'll be ready to start vaccinating all adults by May 1 deadline

President Joe Biden announced Thursday he's directing all states to open up vaccine eligibility to everyone 18 and up by May 1. 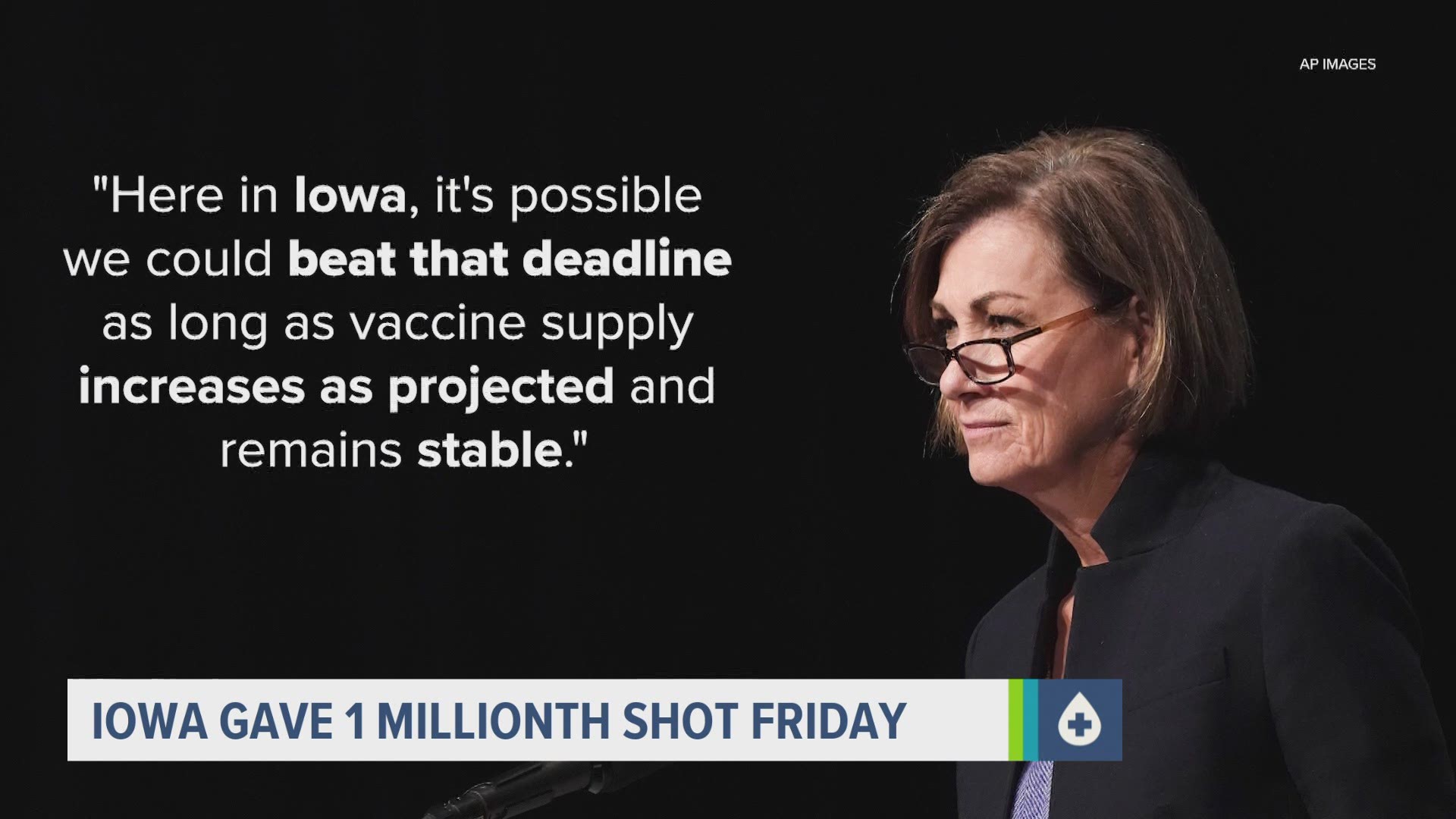 DES MOINES, Iowa — It's the news we all want, but are we ready?

President Joe Biden announced Thursday he's directing all states to open up vaccine eligibility to all adults by May 1.

"It was actually a little bit more ambitious than what I expected them to say, but gosh, darn it, I think it's a worthwhile goal," said Dr. John Paschen, chair of the Story County Board of Health.

Three months later, and we've now given our 1 millionth shot.

"If we can get enough vaccine we should be on target," said Dr. Brian Mehlhaus, chair of the Boone County Board of Health.

Right now, more than one-third of all eligible Iowans have gotten at least one shot according to U.S. Census population data and vaccine data on the state's coronavirus dashboard.

"I’m extremely proud of our progress and I look forward to further expanding eligibility to all Iowans as supply increases," Gov. Kim Reynolds said in a statement Friday. "In his address to the nation last evening, President Biden directed states to open vaccination to all adults by May 1. Here in Iowa, it’s possible we could beat that deadline as long as vaccine supply increases as projected and remains stable.”

"Right now, the United States is vaccinating more than 2 million people a day," said Des Moines internal medicine Dr. Austin Baeth. "Based on this trajectory, I think that we can get a very large majority of Americans vaccinated by May, should Americans continue to choose to be vaccinated, which I hope they do."

Biden also gave a glimmer of hope during his address Thursday, saying it's possible we'll be able to safely gather by the Fourth of July.

"Those are those gathers probably outside where there's more wind and air movement so the rate of transmission is much lower than the wintertime when you have Thanksgiving and Christmas in your house with 30 people," Dr. Mehlhaus said.

"I think it is really feasible, but it's going to be important for people to take the vaccine," Dr. Paschen said.