Iowa backtracks on plan to withhold vaccine from counties

The decision to withhold COVID-19 vaccine from some counties brought criticism from county officials, who said the state was mistaken or bad weather slowed progress. 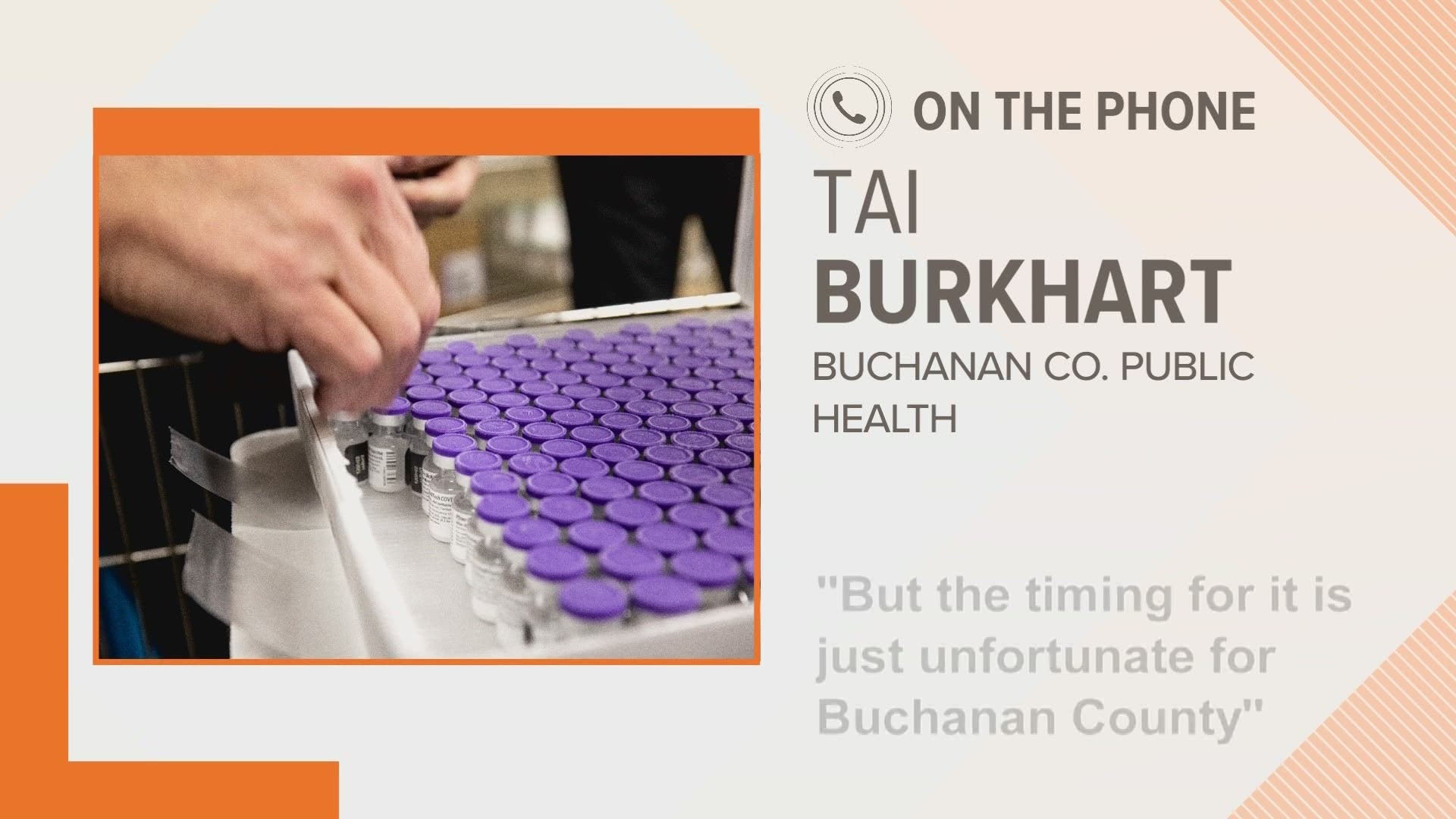 Iowa health officials have reversed a decision to withhold COVID-19 vaccines from some counties that were reported as not having used up to 80% of their allocation last week.

The Iowa Department of Public Health informed five counties on Friday that it would withhold this week’s allotment of vaccine. Those counties included Buchanan, Chickasaw, Hancock, Poweshiek and Washington.

The decision drew criticism from several county health administrators, who said either that the state was mistaken or that bad weather had temporarily slowed their progress.

The Des Moines Register reports that as of Monday, three of the counties — Buchanan, Washington and Chickasaw — reported that state officials had informed them they would be getting their allotment of vaccines this week.

Friday, Local 5 reached out to the Buchanan County Health Department to look into the claims. Director Tai Burkhart said IDPH officials called her Thursday evening to tell her the county wouldn't receive the next week's shipment.

"And then last night, apparently it wasn't fine. And so that's the frustrating part, that there was not a grace period when we had a plan," Burkhart said on Friday. "We had everything set up. The threshold would have been that today. And they just are looking strictly at numbers at one point in time without looking at the whole picture."

The week before, Burkhart said she was informed of the new threshold rules. She had planned clinics for local schools on Feb. 12, and according to Burkhart, the IDPH said that was fine.

A letter from Burkhart posted to Facebook on Friday informed residents that the county will receive its allotted doses. The vaccines will be administered by Buchanan County Primary Care offices as well as Wal-Mart Pharmacy.