What people who already got the Johnson & Johnson vaccine are saying

Doctors said if you got the shot more than a month ago, your risk of developing rare blood clots is very low. 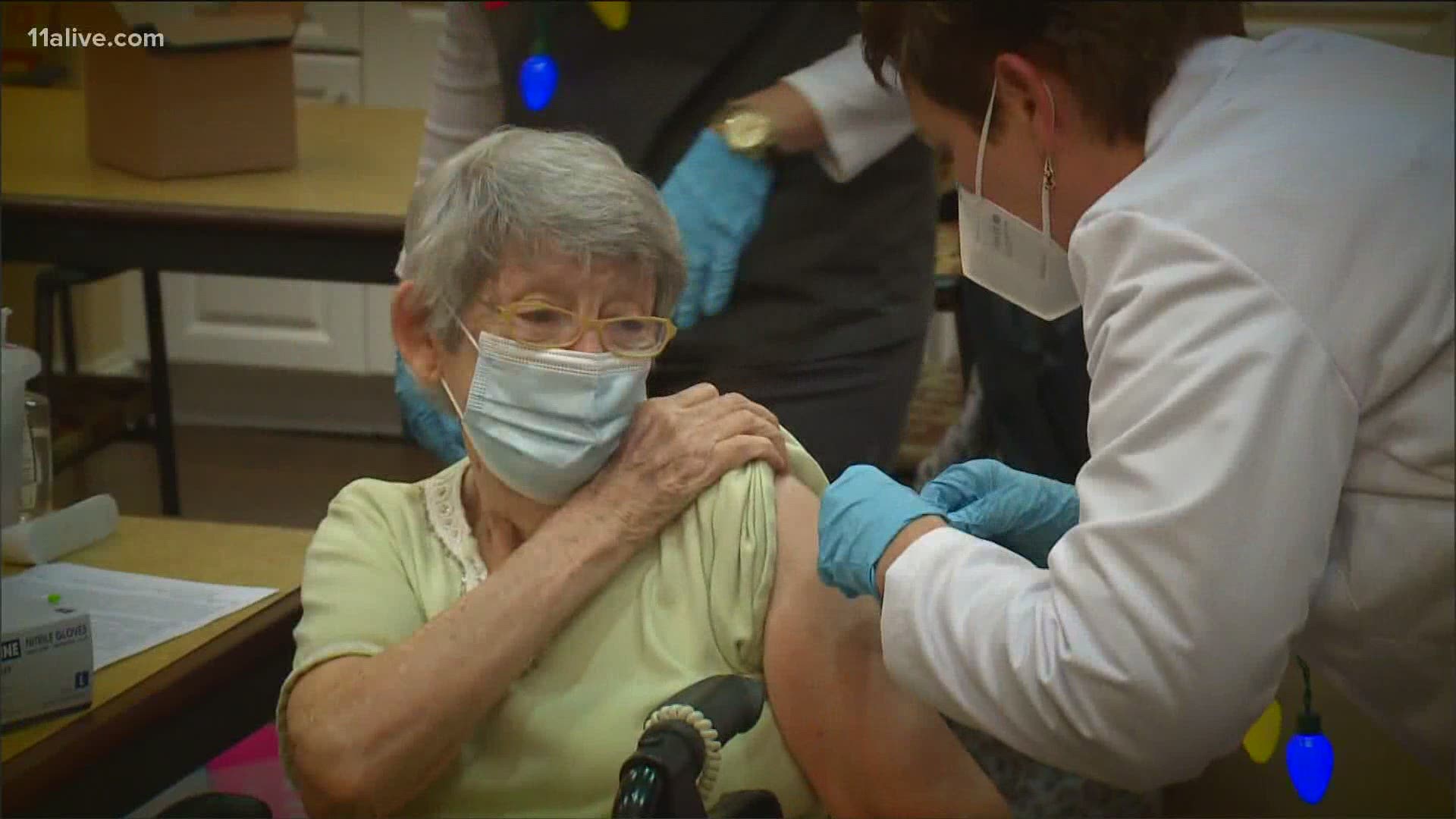 ATLANTA — After the U.S. recommended a “pause” in using the single-dose Johnson & Johnson COVID-19 vaccine, many who have already received the shot had mixed reactions on the news. Experts want to investigate reports of possible dangerous blood clots.

In a joint statement Tuesday, the Centers for Disease Control and Prevention and the Food and Drug Administration said it was investigating clots in the days after vaccination, in combination with reduced platelet counts.

Pre-K Teacher Megan Raville said she was already anxious about getting vaccinated for COVID-19, then she saw the news about the Johnson & Johnson shot being paused Tuesday morning in Georgia.

She got the J&J shot through her work and said the side effects knocked her off her feet for 3 days.

"I actually had the headache for two days after getting the shot so it made me think, 'oh gosh, was I experiencing anything? Was that a blood clot,' so that made me nervous also," she said.

Doctors said if you got the shot more than a month ago, your risk of developing these rare blood clots is very low.

Alex Adamek also got the Johnson & Johnson shot last month, but said he's not worried about it.

"I trust the scientists and researchers who have been working on similar vaccine development for decades. I don't have a medical background, they do. I'll trust what they say," he said.

Adamek said he weighed the risks and benefits and decided getting vaccinated was worth it.

"I went home and I was a little tired, then I had intense fatigue, and then went to bed. Other than that, I was fine that night, no other side effects," he said.

He said he wouldn't do anything differently, but Rayville said the pause on the vaccine makes her wish she had.

"If I knew this information going into it I think I would’ve gotten another shot," she said.

The CDC is holding an emergency meeting Wednesday to decide what to do next, but the information that's already out there is changing how people talk to their loved ones already hesitant to take the vaccine.