Barbara Medici spent the entirety of 2020 away from her five daughters and 11 grandchildren to keep them safe and healthy from the virus. 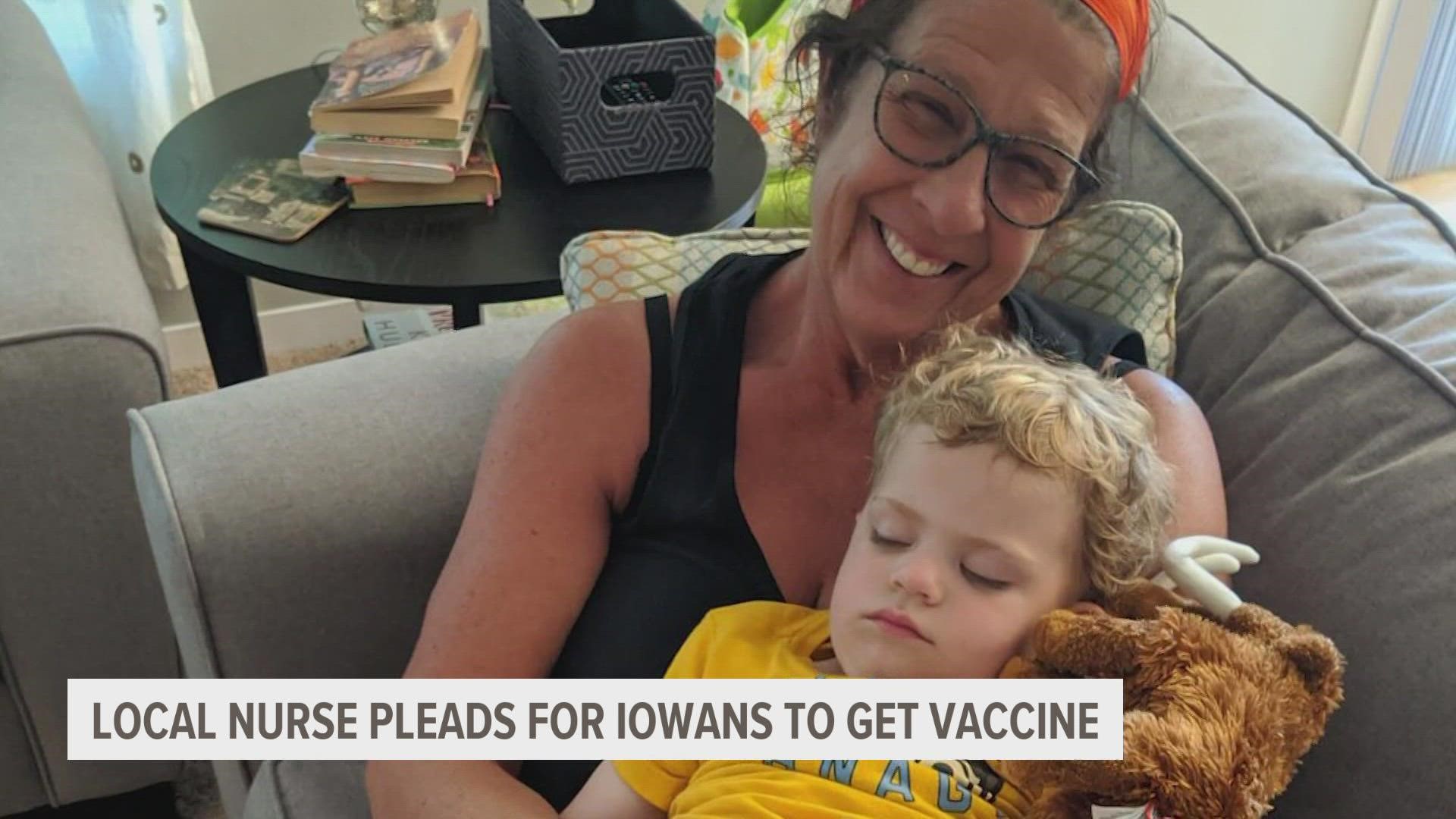 JOHNSTON, Iowa — As another surge of COVID-19 waves in, one Iowa hospice nurse is pleading with Iowans to get vaccinated to help slow the spread and prevent deaths.

Barbara Medici spent the entirety of 2020 away from her five daughters and 11 grandchildren to keep them safe and healthy from the virus.

“I came home from work one day and I had this heart that’s on my door that says, 'we love you.' The kids came over and painted while I was gone," said Medici. "It’s been there for a year and a half. It just reminds me of how much my family meant to me during the pandemic.”

As a hospice nurse, she said her facility limited one visitor per patient.

“We had a very young gal that was passing, and her husband was able to be with her, but her dad wasn’t. He was outside at the window. I can’t imagine. I just can’t imagine," said Medici. "It was awful.”

Every now and then, Medici said her grandkids would play in her backyard.

“And I’d have to stand on the other side of the fence because the kids were so little, they were afraid they’d run up to me and not know better," she said.

When asked if she could isolate again, she said, "The thought of us having to go through another year of what we did, and it’s preventable, it’s just like, come on people!”

As the number of positive cases continues to rise, so does her frustration.

“I can’t imagine the people dying of COVID alone and the nurses that had to sit at their bedside with them because their family couldn’t be there," said Medici. "I don’t know if people think we are making this stuff up. I don’t know what has to happen to convince people that the vaccine is the only way out of this.”