State Sen. Sarah Trone Garriott says until the state of Iowa pays direct care workers enough to be able to work just one job, they're more at-risk of COVID exposure. 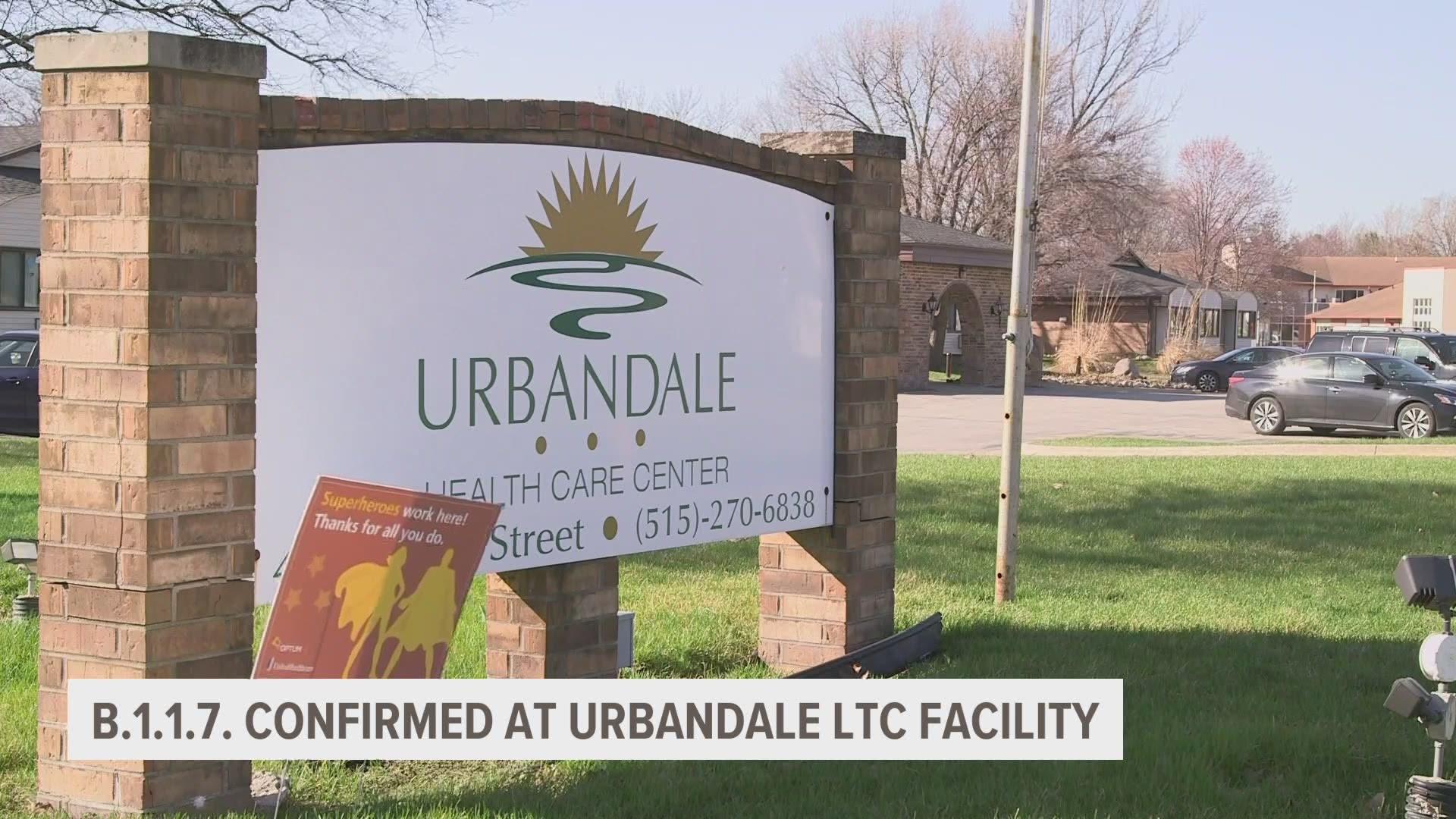 URBANDALE, Iowa — There's no question that working at a long-term care facility during the pandemic has been very taxing on direct are workers across the United States.

Just as difficult is the pain that family members feel when they're unable to visit their loved ones for prolonged periods of time. Research shows the isolation during COVID is contributing to a more rapid decline of cognitive and mental health among aging Americans who live in these facilities.

A year into the pandemic, it's causing frustration for everyone involved. Family members of relatives living at Urbandale Healthcare Center, which recently had an outbreak, told Local 5 they're frustrated that some workers have chosen not to get the vaccine.

RELATED: 'It's a different version of my grandma now': Nursing homes reopen to heartbreak for many Iowa families

Urbandale Health Care Center has a staff vaccination rate of 44%, which is higher than the national average of 37.5% among skill-cared workers as of January 2021, according to the CDC.

In a statement to Local 5, a spokesperson for the care facility said "We cannot legally require our staff or residents to become vaccinated. We do strongly encourage it and continue to encourage and offer the vaccine."

RELATED: Urbandale nursing home: less than half of staff has been vaccinated

"They have worked really hard," said Trone Garriott. "They have struggled to put together the pieces to keep their communities as safe as possible."

Trone Garriott, who used to serve on the board of a long-term care facility, says it's important for staff members to have access to the vaccine after a few months have passed.

"There were a lot of people who who didn't want the vaccine right away because they needed some time to think about it," said Trone Garriott. "They had some uncertainty, and we're finding that some people are more willing when they're offered later."

In a March interview with Local 5, Dr. Tim McCoy of MercyOne Des Moines said a low vaccination rate can certainly contribute to the continued spread of the virus within the facilities.

"Everyone should get vaccinated— especially if they're working in those facilities," McCoy told Local 5 in March. "They don't spend their whole life at the nursing home, you know? So they're gonna be exposed to other people, and those other people could have COVID and they're not aware of it."

Trone Garriott adds the the low pay of staff may also be a contrbuting factor. She says many facilities don't have enough staff and have to bring in temp or part-time workers, and workers often have to work second jobs because of low wages.

"These staffing challenges are real challenges," said Trone Garriott. "A lot of institutions are understaffed so they need to bring temporary staff to come in. Those folks are going all over the community to serve in different institutions. There's not a lot you can do to keep it from coming into that long-term care facility."

In a statement, a spokesperson for Urbandale Health Care Center says during their recent outbreak, people who were both fully vaccinated and unvaccinated had tested positive. The spokesperson says there are no more cases confirmed there currently, though the state website lists 18 active cases there. A spokesperson for IDPH has told Local 5 previously there tends to be a lag in reporting.

Trone Garriott says in the meantime, it's important that everyone still get vaccinated in addition to observing other mitigation members that have long been shown to stop the spread of the virus.

Hey Iowa, the pandemic isn’t over. Keep wearing your mask. Be safe. ❤️

"We cannot stop taking precautions during this time," said Trone Garriott. "We need to continue wearing your masks, avoiding indoor gatherings as much as possible, and keeping distance."