The company plans by the end of September to file for emergency use authorization in the U.S., Europe and elsewhere. 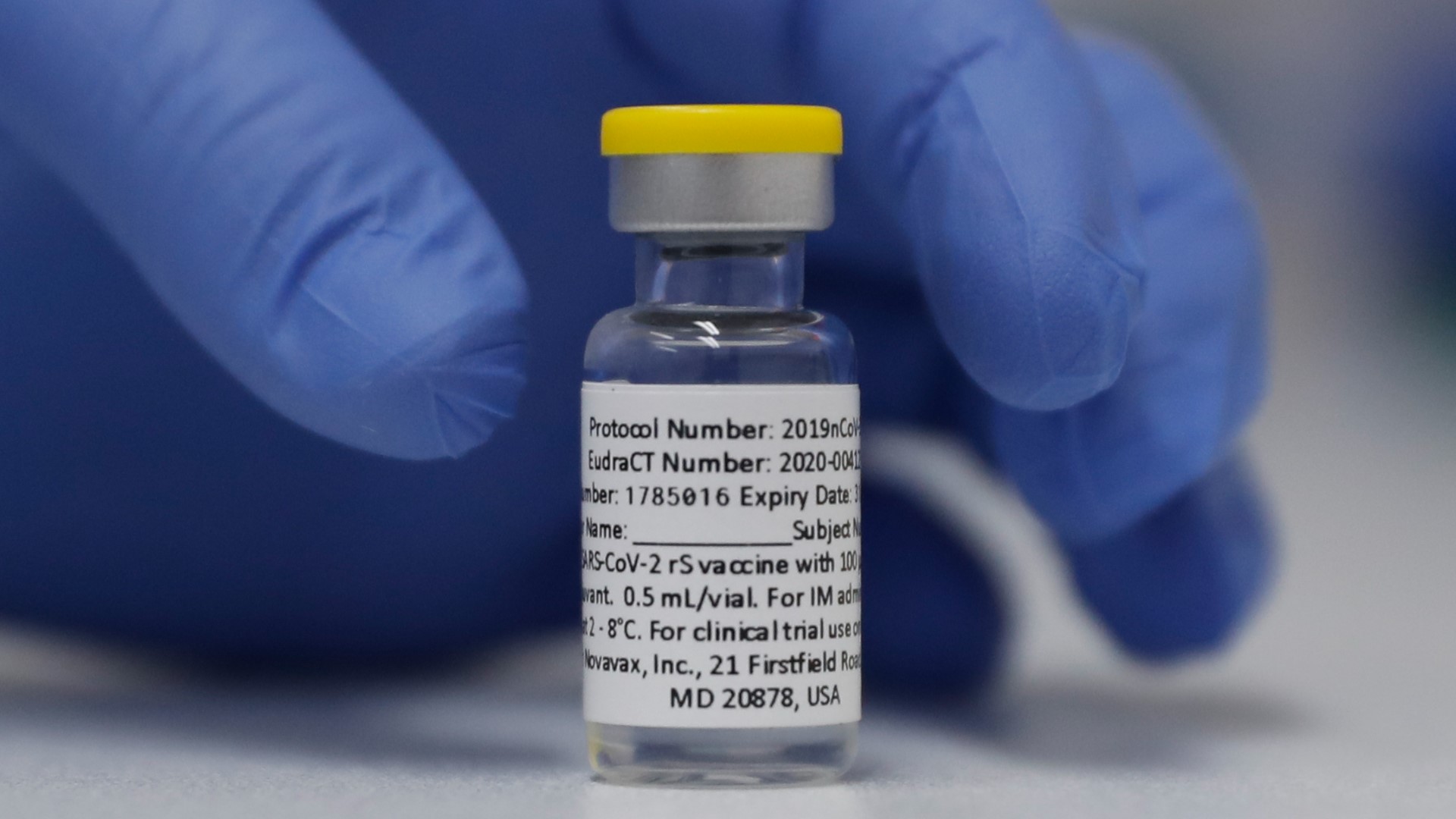 WASHINGTON — Vaccine maker Novavax said Monday its COVID-19 shot was highly effective against the disease and also protected against variants in a large study in the U.S. and Mexico, potentially offering the world yet another weapon against the virus at a time when developing countries are desperate for doses.

The two-shot vaccine was about 90% effective overall, and preliminary data showed it was safe, the American company said. That would put the vaccine about on par with Pfizer's and Moderna's.

While demand for COVID-19 shots in the U.S. has dropped off dramatically and the country has more than enough doses to go around, the need for more vaccines around the world remains critical. The Novavax vaccine, which is easy to store and transport, is expected to play an important role in boosting supplies in poor parts of the world.

That help is still months away, however. The company, which has been plagued by raw-material shortages that have hampered production, said it plans to seek authorization for the shots in the U.S., Europe and elsewhere by the end of September and will be able to produce up to 100 million doses a month by then.

“Many of our first doses will go to … low- and middle-income countries, and that was the goal to begin with,” Novavax CEO Stanley Erck said.

While more than half of the U.S. population has had at least one vaccine dose, less than 1% of people in the developing world have had one shot, according to a data collection effort run in part by the University of Oxford.

Credit: AP
In this Wednesday, Oct. 7, 2020, file photo, a vial of the Phase 3 Novavax coronavirus vaccine is seen ready for use in the trial at St. George's University hospital in London. (AP Photo/Alastair Grant, File)

The Novavax shot stands to become the fifth Western-developed COVID-19 vaccine to win clearance. The Pfizer, Moderna and Johnson & Johnson vaccines are already authorized for use in the U.S. and Europe. Europe also uses AstraZeneca's formula.

Novavax's study involved nearly 30,000 people ages 18 and up. Two-thirds received two doses of the vaccine, three weeks apart, and the rest got dummy shots. Nearly half the volunteers were Black, Hispanic, Asian American or Native American, and 6% of participants were in Mexico. Altogether, 37% had health problems that made them high risk, and 13% were 65 or older.

There were 77 cases of COVID-19 — 14 in the group that got the vaccine, the rest in volunteers who received the dummy shots. None in the vaccine group had moderate or severe disease, compared with 14 in the placebo group. One person in that group died.

The vaccine was similarly effective against several variants, including the one first detected in Britain that is now dominant in the U.S., and in high-risk populations, including the elderly, people with other health problems and front-line workers in hospitals and meatpacking plants.

“These consistent results provide much confidence in the use of this vaccine for the global population,” said Dr. Paul Heath, director of the Vaccine Institute at the University of London and St. George’s Hospital.

Side effects were mostly mild — tenderness and pain at the injection site. There were no reports of unusual blood clots or heart problems, Erck said.

A study underway in Britain is testing which of several vaccines, including Novavax’s, works best as a booster shot for people who received the Pfizer or AstraZeneca formula. Industry analyst Kelechi Chikere said the Novavax shot could become a “universal booster” because of its high effectiveness and mild side effects.

Novavax reported the results in a news release and plans to publish them in a medical journal, where they will be vetted by independent experts. The Gaithersburg, Maryland-based company previously released findings from smaller studies in Britain and South Africa.

COVID-19 vaccines train the body to recognize the coronavirus, especially the spike protein that coats it, and get ready to fight the virus off. The Novavax vaccine is made with lab-grown copies of that protein. That's different from some of the other vaccines now widely used, which include genetic instructions for the body to make its own spike protein.

The Novavax vaccine can be stored in standard refrigerators, making it easier to distribute.

As for the shortages that delayed manufacturing, Erck said those were due to restrictions on shipments from other countries.

"That's opening up," he said, adding that Novavax now has weeks' worth of needed materials in its factories, up from just one week.

In May, vaccines alliance Gavi, a leader of the U.N.-backed COVAX project to supply shots to poorer countries, announced it signed an agreement to buy 350 million doses of Novavax’s formula. COVAX is facing a critical shortage of vaccines after its biggest supplier in India suspended exports until the end of the year.

Novavax has been working on developing vaccines for more than three decades but hasn't brought one to market. Its coronavirus vaccine work is partly funded by the U.S. government.

Dr. Peter English, a vaccine expert previously with the British Medical Association, called the Novavax results “excellent news.” English said that because vaccine production is complicated, it’s crucial to have as many shots as possible.

“Any minor imperfection in the production plant can shut down the production for days or weeks,” he said in a statement. “The more different manufacturers we have producing vaccine, the more likely it is we will have availability of vaccines.”

He said it was also encouraging news that Novavax would be able to adapt its vaccine to any potentially worrying variants in the future if necessary.