The CDC and FDA are investigating rare and potentially dangerous blood clots reported in six women who received the vaccine. 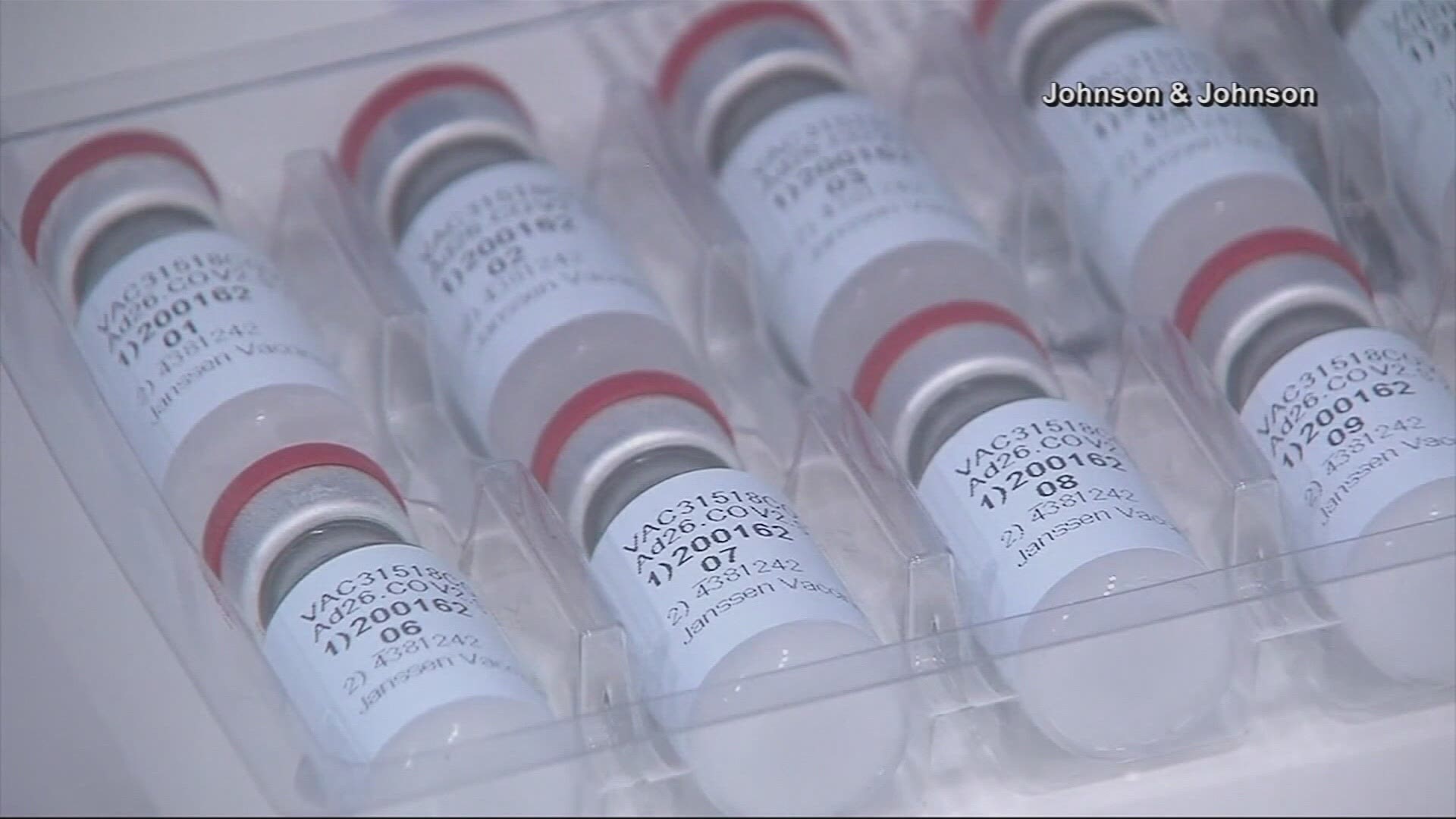 PORTLAND, Ore. — The Oregon Health Authority (OHA) and Washington State Department of Health on Tuesday asked vaccine providers across the state to immediately stop administering the Johnson & Johnson COVID-19 vaccine following a recommendation from the Centers for Disease Control and Prevention (CDC) and the Food and Drug Administration (FDA). The agencies are investigating rare and potentially dangerous blood clots reported in six women who received the vaccine.

One of the six women died, health officials said. All six are between the ages of 18 and 48. The CDC and FDA said the clots occurred 6 to 13 days after vaccination.

In statements released Tuesday morning, OHA and Washington's health department both said the decision to stop administering the J&J vaccine is out of an abundance of caution.

This is out of an abundance of caution as they review six cases of a rare and severe type of blood clot in individuals after vaccination with the Johnson & Johnson vaccine. ⬇️

The pause has already had an impact on vaccination efforts in both states.

A vaccination clinic in Hood River scheduled for Thursday, April 15, was canceled as well as a distribution event in Clark County this weekend. And those likely won't be the last.

“Some clinics are just going to have to be canceled for now,” said Dr. Steve Krager, the deputy health director for six Southwest Washington counties.

According to OHA, 81,255 people in Oregon have received the J&J vaccine as of Tuesday. A total of 2,286,205 doses of all three vaccines have been administered.

In Washington, about 149,000 doses of the J&J vaccine have been administered out of more than 4 million vaccine doses given, health officials said.

The CDC and FDA recommend that people who were given the J&J vaccine who are experiencing severe headache, abdominal pain, leg pain or shortness of breath within three weeks after receiving the shot contact their health care provider.

RELATED: What to watch for if you got Johnson & Johnson COVID shot