ATLANTA — Georgia's vaccination rate is going slowly, according to vaccine expert Dr. Carlos Del Rio with Emory University School of Medicine. Since mid-December, the Peach State has vaccinated about 135,600 people according to the Department of Public Health.

That number is a quarter of the number of vaccine doses Georgia has already received. According to CDC data, Georgia had one of the lowest vaccination rates. Del Rio said this kind of large-scale immunization is a huge task, but he predicts the vaccination rate will start to pick up as soon as the second week of January.

Del Rio said the delay in vaccine administration was partly due to the federal government pouring funding into development of the vaccine and distribution to the states. 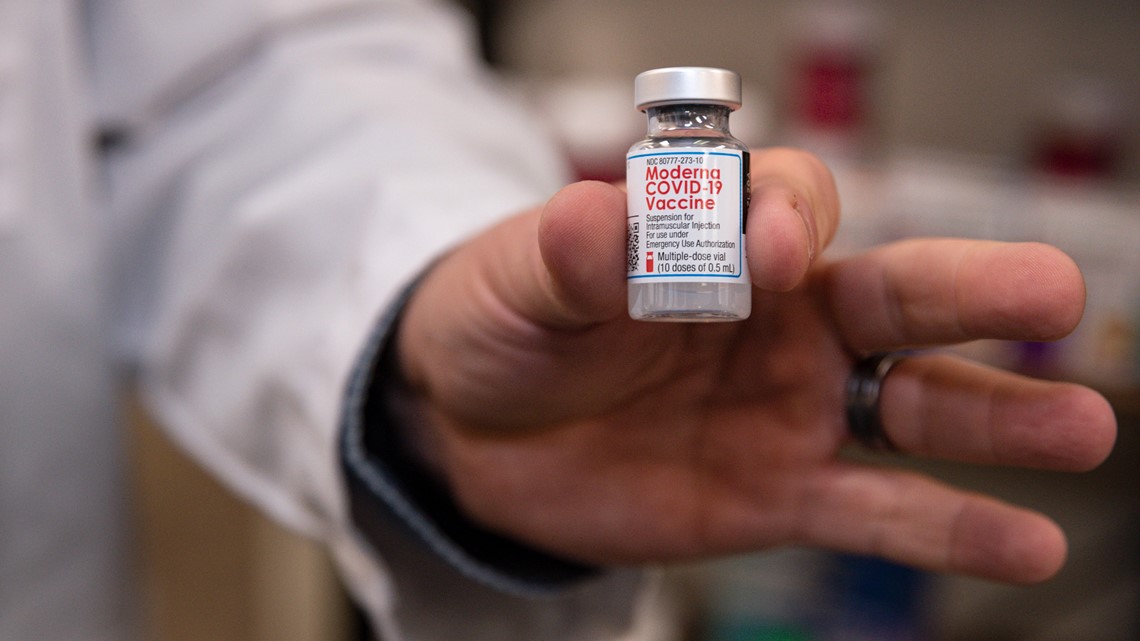 How to get a COVID-19 vaccine in metro Atlanta
Residents who are 65 and older are eligible to receive the vaccine. The process may vary by county. ATLANTA - *This story will be updated as counties release their public vaccination plans and make changes. Counties in Georgia are beginning the process of distributing the COVID-19 vaccine to residents.

Del Rio said state and county public health departments have been chronically underfunded and are experiencing nursing shortages, which he said greatly contributed to the slow vaccine rollout. The number of vaccines remains in short supply as well, currently available only to healthcare workers, first responders and adults over the age of 65 in Georgia.

Additional assistance may be on the way in the form of a the recently passed COVID relief bill. Congress is also expected to debate further relief efforts soon after President-Elect Joe Biden takes office. Del Rio said the General Assembly, which starts its new session Monday, could also work with the Georgia Department of Public Health to provide more funding for work related to COVID-19 testing and vaccination.

He said improved logistics, along with the less restrictive Moderna vaccination storage, could also jumpstart the rate of people getting vaccinated.

"This is a huge, huge complicated effort, and we need an all hands response to do it," Del Rio said. "It’s not just going to be done only by public health. This really requires government, private sector, community to work together to make it happen.”

The Emory vaccine expert said while counties should have access to more funding, systems should be created to make it easier for people to find out where they can get vaccinated. Del Rio favors using the Medicare database to mail info to every beneficiary over 65. The mailers would include step-by-step instructions on scheduling vaccination appointments and locations where they can get the vaccine.

"We have the technology to do those kinds of things," Del Rio said. "We do it with airlines, we do it with banks, all sorts of things. That’s how we do a lot of our lives, so we need to have something very similar with a vaccination program.”

Georgia health officials had run into problems getting the vaccine to people who need it, especially in rural parts of the state. Dr. Kathleen Toomey, commissioner of the Georgia Department of Public Health, said some vaccine doses were sitting in freezers because some people did not want the vaccines.

Despite the hurdles, Del Rio said it will take a community effort to raise Georgia's vaccination rate, a key factor in getting life back to normal.

“There’s still a limited supply of vaccines," Del Rio said. "As we get more vaccine, we’ll be able to give it to more people. But at this point in time, we need to use the vaccines we have as effectively as we can, and I think I want to see those vaccines in the arms of people as soon as possible.”