Women in Iowa outpacing men in getting COVID vaccines

Iowa's population is evenly split between men and women, however, vaccines are getting in women's arms at a higher rate. 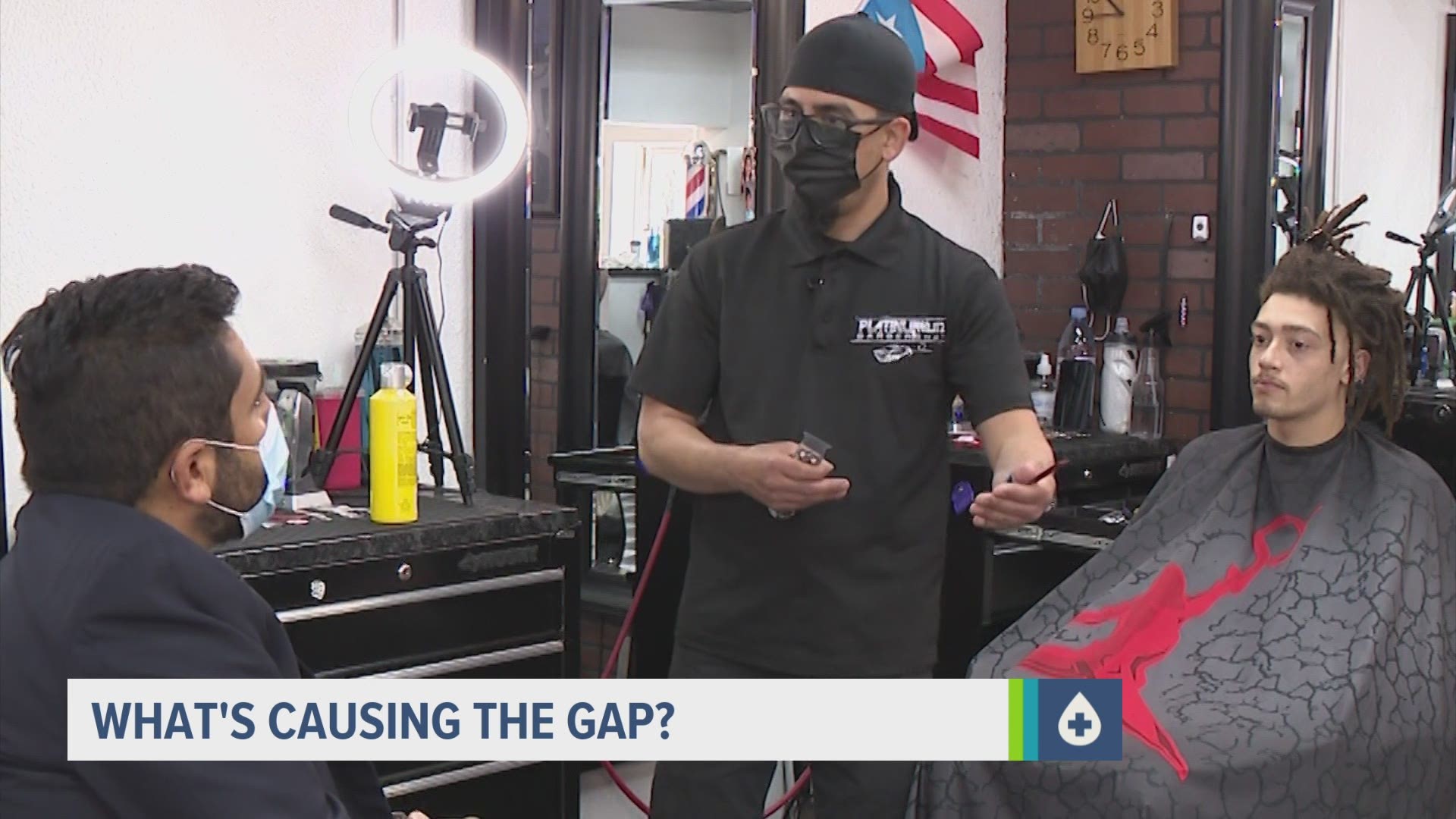 DES MOINES, Iowa — When it comes to who's getting the COVID-19 more often, women are outpacing their male counterparts.

The Iowa Department of Public Health reports that as of April 29, 2021, women had received just over 1.2 million doses of a vaccine. Men, however, were trailing behind by about 248,000 doses. By percentage, that means women had received 55%.

This is in line with a nationwide trend reported by the Centers for Disease Control.

To better understand why we're seeing this trend, Local 5 stopped by Platinum Kutz, a barbershop in Des Moines, to talk to men about their perspectives on the COVID-19 vaccine.

Local 5 found that some men had gotten the vaccine, and some had not.

"I wasn't very sure at first.  I was very skeptical of getting it. My girlfriend actually signed me up for it," said Demarkus Coates, a Des Moines resident who says he has now gotten the vaccine.

"A lot of my friends, they started taking it. And they asked me when is my turn. But I'm still, like, my mind didn't change about taking the vaccine," said Moe Moe Abdalla, an Ames Resident.

Speaking in Spanish, Anibal Irivarry told Local 5, "I was a little nervous, but I did it because I wanted to protect myself, protect my family, and protect the community."

So, why do they say they're nervous or skeptical?

"It hasn't been around that long. I feel like it's too early," said Germaine Bokoyo, who also lives in Ames.

"The lack of information that the Latino community has.  Some do not speak a lot of English, so they're lost," said Irivarry.

"I know I read some things online about conspiracies and all that, so that got my head wrapped around that. But after reading some actual facts, and then my girlfriend sent me things, like articles and stuff about it, I read more into it. And I just thought it wouldn't hurt," said Coates.

For the two men who are still on the fence, they said they're keeping an open mind.

"If there is a proof that it showed I'm not gonna be COVID then I will take it like any other vaccine that we've been taking every year," said Abadalla.

"Time. Let's test it out and actually have a consistent amount of data that shows, that proves that this is working," said Bokoyo.

Watch: Was the vaccine rollout safe? What data should I look at?

RELATED: Answering your questions: Was the vaccine rollout safe? What data should I look at?