Mayor Courtney Clarke issued a proclamation Monday night which requires everyone within city limits to wear a face covering in public starting Sept. 18. 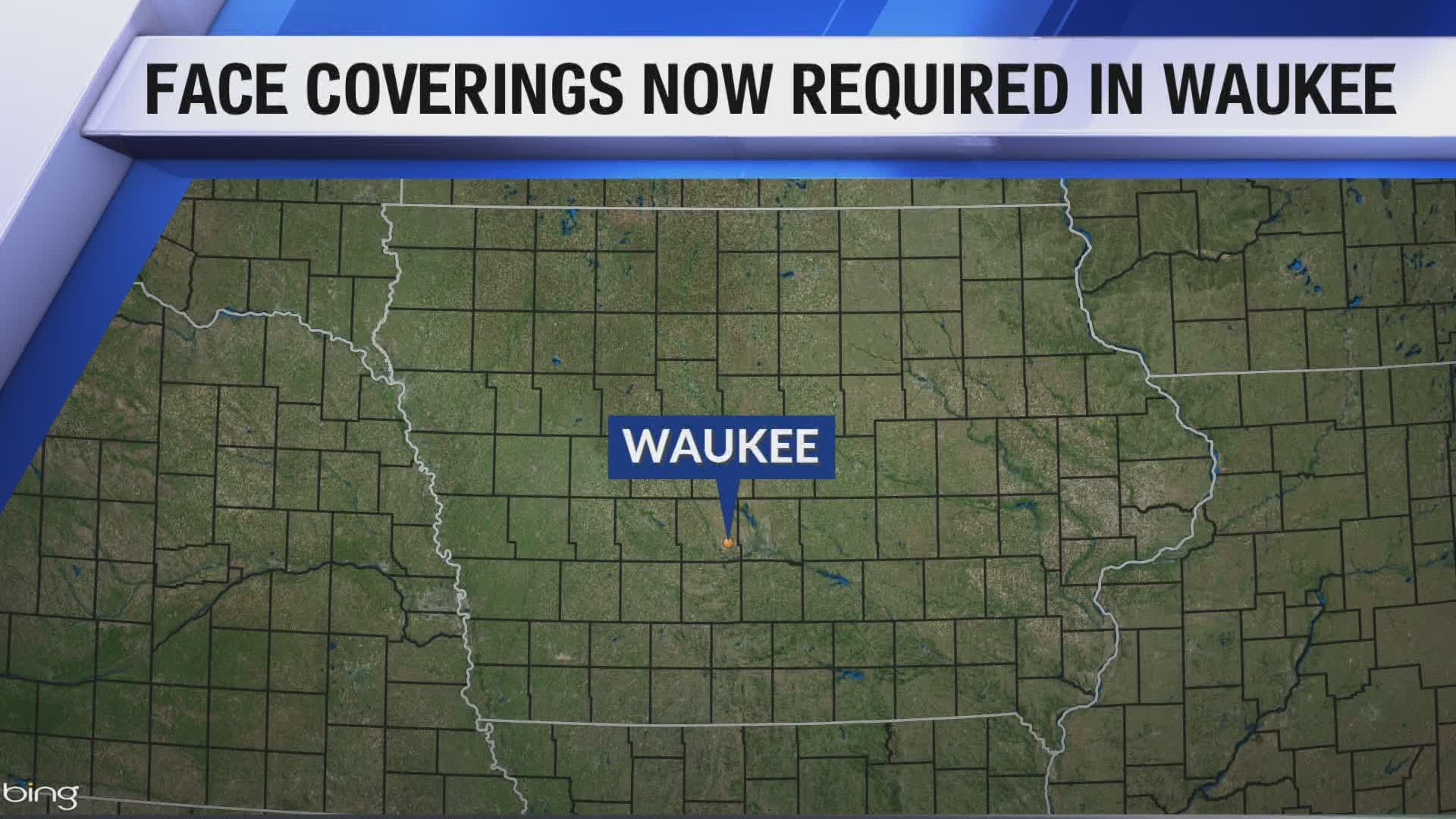 WAUKEE, Iowa — Starting Friday, the City of Waukee will require everyone within city limits to wear a face covering when in public settings.

Mayor Courtney Clarke issued the proclamation Monday night, according to a post on the City's website. The mandate applies to anyone three years of age and older with no health, religious or ability exemptions.

The City says this action was taken in response to Iowa being labeled a "red zone" by the White House Coronavirus Task Force.

Face coverings must cover the nose and mouth.

For the purpose of this proclamation, "public setting" refers to areas that are open to the general public, including members of a membership based business or organization.

That includes retail stores, spas, restaurants, pharmacies and other accommodations.

A public setting doesn't include areas of a facility, business or organization in which the general public is not allowed, provided that social distancing can be accomplished.

Read the City's proclamation below