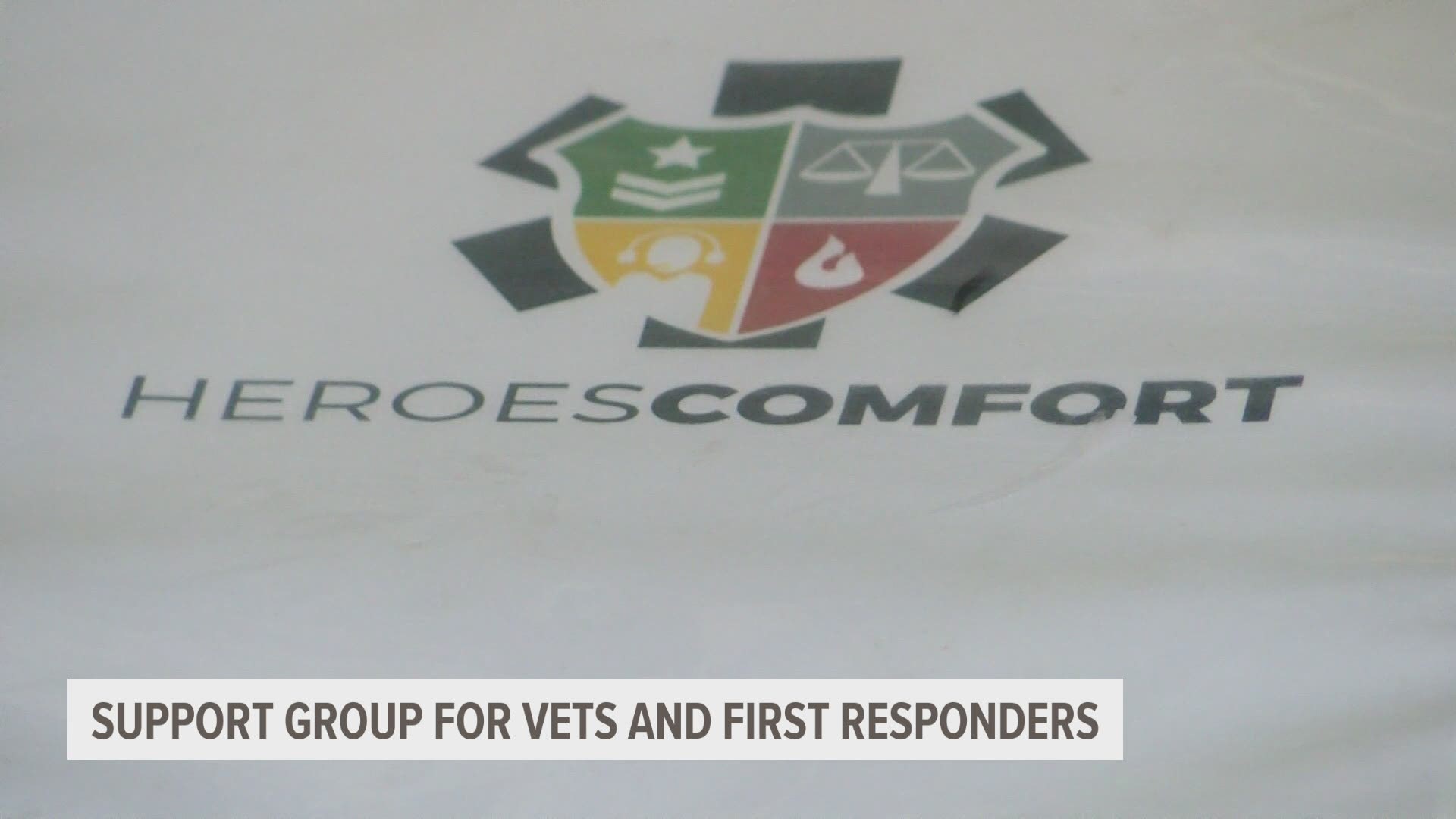 The group is called Heroes Comfort, and Crowe is in the process of making it a nonprofit.

Crowe was a paramedic from 1992 to 2014 and a firefighter for eight of those years. He told Local 5 the stress he endured while working there led to him having PTSD.

He noted he'd seen other pediatric deaths before, but this one stuck with him and he was not able to shake it.

A few years after the fire where the baby died, Crowe responded to a scene where a man took his life.

Shortly after that, his own mother died.

Crowe said those tragedies were hard to deal with and to cope he turned to drinking alcohol.

"It was an unhealthy coping mechanism, but it was a way for me to deal with my issues the best way that I knew how," Crowe said.

At one point he tried to kill himself and had to go through intensive inpatient therapy.

Crowe still goes to therapy and has seen the same counselor for six years.

"It's been instrumental in my recovery as well as my family support," Crowe said.

Those experiences and noticing the number of suicides statistics of first responders are what led him to start Heroes Comfort. The soon-to-be nonprofit includes a peer-to-peer support group for veterans and first responders.

It also includes working to get those groups free counseling sessions with a therapist through telehealth.

So far, Crowe said one person has already started their sessions.

Dianne Chambers, a nurse, paramedic and volunteer with Heroes Comfort, believes creating a group like this for people with PTSD was needed.

"I always think it's important to get those services, so you don't carry that trauma around inside of you and then let it physically begin to affect your body," Chambers said.

RELATED: Paramedics on the front lines of the pandemic

Crowe also noted, for first responders and veterans dealing with PTSD, it's never a good idea to wait until the last minute when things seem hopeless and a person is thinking of self-harm.

Crowe and Rep. Brooke Boden, R-Indianola are scheduled to have a meeting with U.S. Sen. Joni Ernst next month to talk about federal funding.

"His vision is great and I like to stand next to somebody when they have a vision like that and see if we can help,"  Boden said.